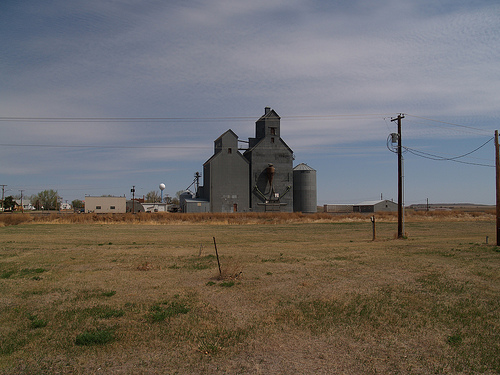 The company behind plans for a nearly 4,600-acre strip coal mine near South Heart, North Dakota, is forging ahead after years of controversy and multiple changes of plans.

Critics, worried about the destruction of land and resources, are livid.

And the North Dakota Public Service Commission, the agency that oversees the state’s coal industry, is bracing for a months-long process this year to sort out the pros and cons of the controversial project, beginning with a public meeting as soon as this month.

In January, South Heart Coal LLC, an affiliate of Great Northern Power Development LP in Bismarck, completed its permit application for the mine. South Heart Coal is applying for a 4,581-acre strip coal mine in the southwestern part of the state, near Dickinson, to supply lignite to a nearby power plant.

That power plant, only in its conception stage, would be built by a separate entity, South Heart Energy Development LLC, and would cost about $2.2 billion, according to plans submitted to the PSC.

The application completion ended a long back-and-forth between the developers and the commission over technical issues. It also set the stage for public comment and, ultimately, a final decision by the PSC on whether actual work should commence on the project.

North Dakota Public Service Commissioner Kevin Cramer said the PSC’s staff is conducting an in-depth technical review of the completed application, and that likely will be followed by a public meeting in March to be presided over by an administrative law judge, who would make a recommendation to the commission.

Cramer said a decision would likely come in late spring or early summer. If the commission formally signs off on the permit, then the public can appeal, and this would lead to a public hearing that the commissioners would oversee, he said.

“So it will take some time yet,” Cramer said. “We have plenty to do.”

The coal complex, if completed as currently envisioned, would convert lignite to hydrogen to fuel electric turbines. Developers have said little publicly, but in filings with the PSC, they claim the process they intend to use at the plant would allow for the recapture of about 90 percent of the plant’s carbon dioxide emissions, which could be reused to bolster oil production.

“This is an ambitious project,” Cramer said.

But he also acknowledged that plenty of detractors are anxious to be heard.

“It is a controversial one,” Cramer said. “There are the expected environmental concerns, and it is complicated” by the fact that the project would be close to neighboring Theodore Roosevelt National Park. “And that is symbolically significant, for sure,” he said.

Mark Trechock, staff director for the Dakota Resource Council, a group that represents farmers and other residents in the area who are against the project, said opposition is entrenched.

“The concerns have only grown as the project has progressed,” Trechock said in an interview. “The immediate concern for those in the area is that their neighborhood will be ripped up and turned into a coal mine. Some of them will simply have to move if they want to stay in the farming business.”

Longer term, he said, there are worries about the operation draining precious water supply in the area and minimizing vegetation, Trechock said, echoing concerns raised by the Sierra Club. But Trechock also noted that the project being located only a few miles from Theodore Roosevelt National Park is more than symbolically significant; it represents, he said, a major roadblock. Few policymakers in recent years have supported major industrial projects so close to a national park, he noted.

Trechock said that, given the proximity to the park, it is more likely that coal from the mine would be shipped elsewhere, potentially to emerging markets in Asia, rather than burned on site. But, emphasizing that the companies behind the project have avoided critics, he said it ultimately remains a mystery in what form the project will result.

Indeed, over the last few years, plans for the project have evolved amid fierce environmental opposition. Original plans called for a conventional coal burning plant. In 2007, plans called for a coal-to-natural gas plant and coal mine. By spring 2008, an Australian company had discussed plans to build a coal-drying plant at the site. Now the plans call for the coal-to-hydrogen plant that could generate 175 megawatts of electricity and service communities and businesses in the Upper Midwest.

But Richard Southwick, a vice president for South Heart Energy, said in a letter to the PSC that the company “does not have a definitive project development schedule.” He said construction is not expected to begin before summer 2013, and if it started then, the plant would not be operational until 2017.

Trechock said the overriding concern is that developers will get the green light for the project and perhaps start the mine, but never live up to their promises for the adjacent plant, leaving farmers and residents in the region to deal with massive amounts of coal being hauled across the landscape.

“Nobody really knows what the hell is going on here,” Trechock said.

Moreover, he said, the energy industry is pushing toward cleaner and more efficient energy sources, including wind, and this raises questions about why North Dakota would not pursue other types of projects.

“It just doesn’t look like a smart way to use our land,” Trechock said. “If coal is on the way out, why do this? Why ruin our land? There are a lot of people here who say, ‘This is just dumb.’ ”