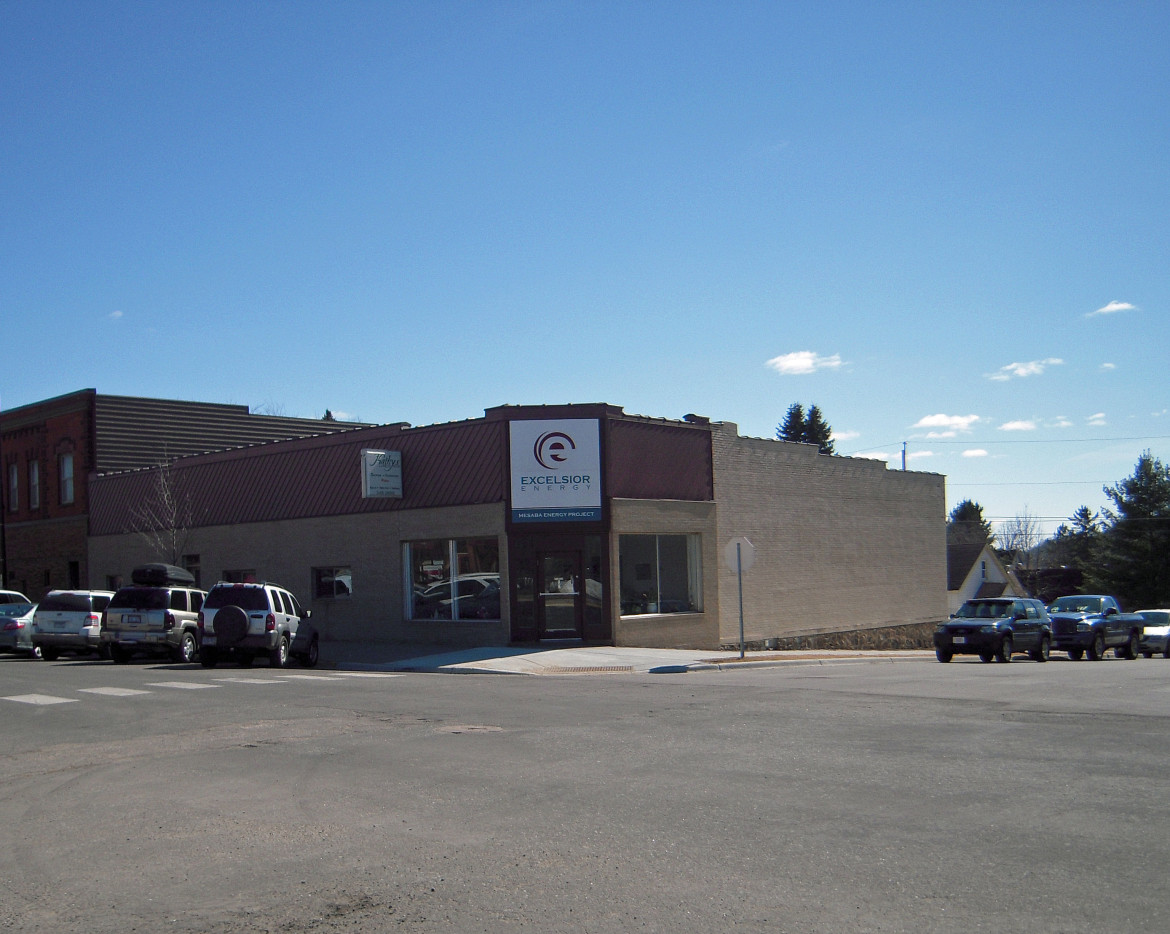 HIBBING, Minn. — When a former high school hockey star proposed to develop a $2 billion “clean coal” power plant outside this northeastern Minnesota city, the news couldn’t have come at a better time.

The region had just lost 1,400 jobs from a major taconite plant shutdown, the worst economic news to hit the Iron Range in two decades. The prospect of replacing those jobs was celebrated by citizens, politicians and newspaper editorials with the enthusiasm of a March tournament bid.

Nearly a decade later, after having spent nearly $41 million in taxpayer money, the Mesaba Energy Project still has yet to secure key environmental permits; it hasn’t found a buyer for the electricity it wants to produce, and without a power-purchase agreement, it can’t find investors to fund construction.

The project’s backers are now changing their approach, seeking approval from the state’s legislature to shelve the “clean coal” component — temporarily, they say — and move forward instead with a conventional natural gas power plant.

That has opponents changing their cries from “boondoggle” to “bait-and-switch” and some speculating whether the apparent change in strategy might be a Hail Mary attempt to salvage something from the long controversial energy project.

Or, in keeping with hockey analogies:

“They are pulling their goalie, because they need to score a goal now,” said Aaron Brown, an author and newspaper columnist who has followed the project since 2001, first as a reporter and then as editor of the Hibbing Daily Tribune (he’s also chronicled the project on his blog, Minnesota Brown).

Brown faults himself for not asking tougher questions early on. At the time, the level of community support was just about “euphoric,” he said. The closure of LTV Steel’s plant in Hoyt Lakes had cast a sense of desperation across the region. When Tom Micheletti — who comes from a well-known family of local hockey royalty — and his wife, Julie Jorgensen, proposed developing a 600-megawatt coal-gasification power plant on the site of the vacated taconite plant, it won immediate support.

Micheletti played hockey for Hibbing in the mid-1960s and later at Harvard. Three of his brothers were drafted by pro hockey teams, but Micheletti went to law school instead, graduating from the University of Minnesota in 1972. Since then he’s held top leadership positions of some of the largest regional and national power companies, including Duluth-based Minnesota Power, Northern States Power (now Xcel Energy), and NRG Energy, where he met Jorgensen, who is a former NRG general counsel.

Micheletti and Jorgensen now live in Minnetonka, a Minneapolis suburb. They incorporated Excelsior Energywith a $60,000 personal investment in August 2001.

Later that year, the Iron Range Resources & Rehabilitation Board (IRRRB), an economic development agency funded by taconite production taxes, awarded Excelsior a $1.5 million unsecured loan, which was approved by then Gov. Tim Pawlenty. The board later increased the loan amount to $9.5 million.

A state lawmaker and fellow former hockey star, Sen. David Tomassoni, DFL-Chisholm, sponsored legislation in 2003 that granted the project another $10 million from a state fund that was set up to support the development of renewable electricity resources.

The legislation also gave the “innovative energy project” authority to use eminent domain, exempted it from having to study and prove the need for additional power generation, and mandated Xcel Energy to buy the electricity, pending approval from the state’s public utilities commission.

The project’s momentum carried into the following year, when the U.S. Department of Energy announced $36 million in financing under President Bush’s Clean Coal Power Initiative. Supporters in Washington also inserted language into the Energy Policy Act of 2005 that authorized the energy department to offer loan guarantees to the project.

The gloves come off

This was about the point where Excelsior’s smooth skating came to an end and referees started to intervene.

In 2006, a group of citizens in nearby Trout Lake Township, concerned about potential health, environment and property impacts, started to organize opposition to the project. They formed Citizens Against the Mesaba Project, or CAMP, and quickly broadened their scope to include economic and financial issues.

The group’s data practices requests uncovered documents that raised questions about the company’s use of public money. That eventually prompted an investigation by the state’s legislative auditor, which criticized the Iron Range economic development board in a 2007 report for not adequately overseeing the use of its loan proceeds, some of which appeared to be used for lobbying and other “inappropriate, duplicate, or unsupported costs.”

Meanwhile, opponents were lining up before the state’s public utilities commission, which was charged with determining whether it was in the public’s interest for Xcel Energy to purchase the power. Xcel, along with other utilities in the state, argued the gasified-coal technology proposed by Excelsior was not the most cost-effective and would lead to rate increases for customers if it was forced to purchase the electricity. The utilities commission sided with Xcel, ruling that a purchase agreement wasn’t in the public’s interest. After a series of appeals, the case was dismissed in 2009.

The following spring, the utilities commission approved site and route permits for the project, not on the former Hoyt Lakes taconite site, but at an unused industrial location about an hour and a half to the west, near the town of Taconite. Without a customer to buy the electricity, though, the company stands little chance of being able to finance the project.

Excelsior’s attorney, Tom Osteraas, said all of the state and local money has been spent, along with nearly all of the $21 million it received in federal money for the project’s first phase. The remaining federal funding is contingent on the plant being up and operating.

Energy Department assistant press secretary Ebony Meeks said in an e-mail that “Mesaba applied for a loan guarantee in 2006 but has stopped contact with the Department regarding the project.” (Osteraas denied that statement and said the company has “regular interaction” with the department “and they continue to support permitting efforts.”)

Now, the same legislators who supported the project in 2003 are attempting to toss it a lifeline. Sen. Tomassoni and Rep. Mike Beard, R-Shakopee, have introduced legislation (S.F. 417 and H.F. 618) that would allow Excelsior to build a natural gas power plant on the site and retain all of the perks awarded to it previously when it was considered an “innovative energy project.”

The bill would also let the project keep its existing site and route permits and require regulators to issue all remaining air and water permits within 180 days of applying without holding additional public hearings.

Sen. Tomassoni has been the project’s top supporter in St. Paul. When he first learned about the proposal, not only was his Iron Range district in need of jobs, but the state’s utilities were forecasting a need for new baseload power within the next 15 years. Meanwhile, public concern over global warming was rising, and the Bush administration was touting “clean coal” as an innovative technology to combat climate change.

When the state’s legislature reopened negotiations with Xcel Energy about nuclear cask storage on Prairie Island, Tomassoni saw an opportunity and attached support for the project to the nuclear legislation.

Since then, much has changed. In 2007, the state’s legislature passed a 25 percent renewable electricity standard, which shifted utilities’ focus away from fossil fuels and toward renewables like wind, solar and biomass. A historic recession threw off the utilities’ previous power demand forecasts, postponing the urgency for new power plants. And new drilling and discovery techniques caused natural gas prices to drop and stabilize, putting the fuel in close competition with coal.

Excelsior’s attorney downplayed the significance of the legislation and disputed that it signals a change in direction. Osteraas explained that the facility they proposed is a two-piece operation. The first is essentially a coal refinery, in which coal is converted into a synthetic gas. The second piece is a gas-burning power generator. If the current legislation passes, it would allow Excelsior to build the second component first and power it with natural gas. The coal-gasification element could be added later, “if and when” economic conditions dictate, Osteraas said.

Osteraas said he can’t speculate on what the odds are that the plant would ever be switched over to gasified coal. It would hinge on the price and availability of coal and natural gas, and it would require a complicated analysis to determine what the breaking point would be, he said.

Coal or natural gas, Osteraas said there is going to be a need for new baseload power in the region, and possibly sooner than people realize. As evidence he pointed to the proliferation of wind farms, which, he says, require conventional power plants to back them up when the wind isn’t blowing. A handful of large industrial projects proposed in northeastern Minnesota could drive up demand for electricity, he said. And new EPA rules for existing coal power plants could force some of them offline, he said.

“Since nobody’s been doing anything for 30 years, there’s going to be a need for new baseload power,” Osteraas said. The Mesaba Energy Project is “about optionality for the state and providing alternatives that don’t currently exist that can be in place in a fairly short time frame.”

Xcel Energy’s forecast doesn’t contain the same sense of imminent risk as Osteraas’ statements. The resource plan the utility filed last year for 2011 through 2025 described plans to continue investing in wind and hydroelectric power, as well as upgrade units at a Twin Cities power plant from 270 megawatts of coal generating capacity to 680 megawatts of natural gas capacity (Xcel didn’t return a call for comment).

Despite resistance from local opponents, it’s been economic forces and opposition from Xcel, the state’s largest utility, which have kept the project from moving faster.

The political odds for the new bill are unclear. The legislation has been sent to the House and Senate energy committee, whose chairs didn’t return phone calls last week. Gov. Mark Dayton supported the project as a U.S. senator, although he hasn’t commented publicly on the project since becoming governor.

The company’s attorney said the legislation isn’t critical to the project. He said they would support having the option to consider natural gas, but that today they have four or five engineers continuing to focus on obtaining permits for the gasified coal facility. Osteraas said he hoped to have them complete within a year.

In November, departing IRRRB Commissioner Sandy Layman described the Excelsior project to a BusinessNorth reporter as “stalled out.” The comment helped fuel speculation by opponents that Excelsior is running out of money and options.

Charlotte Neigh, co-chair of Citizens Against the Mesaba Project, said she believes if the session ends without the bill passing, the company will likely start to shut down.

“I don’t think you want the thing to die on the vine if there’s a chance to make it work,” Tomassoni said. “This is not a bait-and-switch. This is a response to what has gone on over the last nine years, and (about) trying to make the project work in a different way, as well as keeping the original intent of the project alive.”