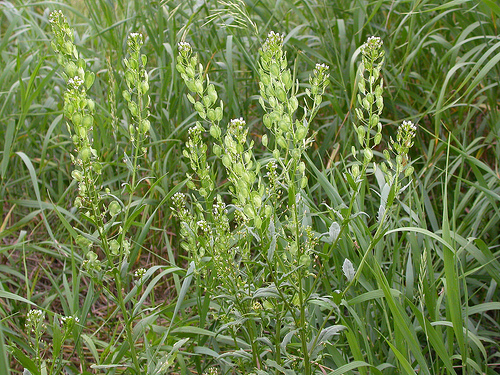 Detroit’s vacant lots, along with some home-grown high-tech innovation, may help juice up Michigan’s flagging biodiesel industry in the coming year.

As in the rest of the country, biodiesel production in Michigan ground to a halt in the past few years thanks to high feedstock costs, relatively low petroleum prices and a temporary lapse in federal subsidies. But as oil prices rise, researchers and refiners are hoping 2011 will mark a new beginning for the industry with advances in non-food feedstocks and refining technologies.

Earlier this year Congress passed a mandate requiring the use of 800 million gallons of biomass-based diesel in 2011 and one billion gallons in 2012. To qualify as “biomass-based” the fuel must reduce greenhouse gas emissions by 50 percent over petroleum diesel, making biodiesel the only such fuel that is commercially produced and available in that quantity.

Michigan has four commercial biodiesel refineries, none of which are producing fuel at this time because the price of soy oil, the feedstock of choice, makes it cost-prohibitive. However, Bryan Ritchie with Michigan State University’s Bioeconomy Network says the cycle of public interest in biodiesel use is directly related to gas pump prices.

“Since the ’70s, increased gas prices equaled increased interest in biofuels,” he said. “Then gas prices go back down and everything grinds to a halt. Now that diesel fuel is up, we will see the cycle ramp up again.”

Despite the decline in production, or maybe because of it, Michigan producers and researchers are looking for viable feedstock alternatives to soy oil, as well as cleaner, more efficient ways to produce biodiesel.

Two very different but related projects are ongoing in metro Detroit — one at the grassroots level, the other very high-tech.

Feedstocks with a mission

Pennycress, a common weed, has long been looked at as a biofuel feedstock. Jim Padilla Jr., owner of The Power Alternative, an idled biodiesel refinery in Warren, Michigan, sees an additional potential for the plant.

Padilla said the crops could be grown on vacant land in downtown Detroit and would serve a dual purpose — producing high-quality biodiesel and remediating land contaminated with heavy metals.

Pennycress naturally absorbs heavy metals as it grows, Padilla says, through a process known as phytoremediation. Because Detroit was once home to several lead smelters, much of the vacant land is contaminated. By growing pennycress for biodiesel, over time the sites would be cleaned up.

As for viability, Padilla says it will likely need to be subsidized, but would be considerably cheaper than other remediation options.

“The alternative is to dig and haul (the contaminated soil) and move it somewhere else,” he said. “That cost is about $250,000 per acre. You can spend it there or you can phytoremediate, create jobs, clean it up, make biomass for power, and produce biodiesel.”

To explore the possibilities, Padilla has partnered with local organizations, the University of Detroit-Mercy and Michigan State University, which was just awarded $2.9 million for biofuels research by the U.S. Department if Agriculture.

Another promising project going on in Detroit is at start-up NextCAT, The project involves a new class of biodiesel catalysts developed at the National Biofuels Energy Laboratory at nearby Wayne State University and licensed to NextCAT for commercialization.

“The challenge is that first generation biodiesel plants are designed for soy, but the price of soy is still too high,” Salley said. “My hypothesis is that over the long term, feedstocks will have moderate to high FFAs, and we think our catalysts are the best hope. But the good news is our catalysts will work with low-FFA feedstocks too.”

Salley also noted that because of the chemical makeup of the catalysts, they have longer useful lives and are easier to separate from the refined product. Thus the refining process is shorter and less expensive, and the final product and byproducts are cleaner.

One example is that of glycerin, a byproduct of biodiesel refining that is used in the production of pharmaceuticals, foods, personal care products, and antifreeze. Currently the glycerin produced is considered crude grade and requires processing to become a useable product. Salley said the new catalysts help produce a cleaner grade of glycerin, making it a much more valuable byproduct without additional processing.

NextCAT expects to launch a pilot soon followed by a demonstration at an existing biodiesel refinery by the end of 2011.

For the CEO of one refinery in the town of Bangor, such innovations can’t come quickly enough. John Oakley of Michigan Biodiesel says his refinery stopped producing biodiesel almost 20 months ago, but decided to fill a niche in the industry by processing the crude glycerin from out-of-state refineries still in operation.

“We decided we would do what we had to do to stay afloat,” he said.

MSU’s Ritchie says the success of biodiesel also depends on the market.

“We need to influence public perception and we need to create a market for biodiesel flex-fuel automobiles with a mandate to produce them,” he said. “We are talking a couple hundred dollars because it doesn’t require retooling, and $200 is not going to make or break a car sale. That would open all kinds of markets for biodiesel.”

Editor’s note: Pennycress is a low-FFA feedstock, not high. An earlier version of this story described it incorrectly.