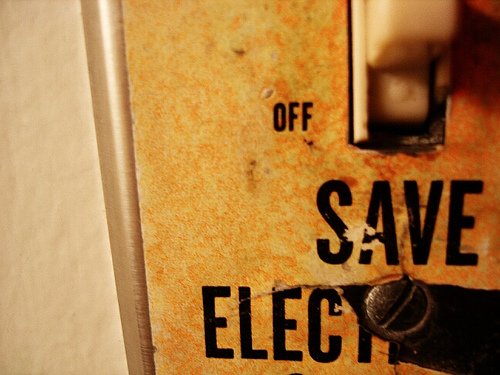 Imagine pulling into a gas station and being offered a complimentary tune-up to improve your car’s fuel efficiency. You’d probably wonder: what’s the catch?

So how about when your electric utility gives you a free compact fluorescent light bulb? Or your gas company offers to help pay for new windows or a more efficient furnace?

Gas and electric utilities have unique relationships with their customers in that they actually spend money on programs to reduce demand for the products they sell.

Why is this? Most states require utilities to invest in conservation programs as part of the regulation they accept for being able to operate as regional monopolies. In other words, they’re doing it because they have to.

A growing list of states, however, are experimenting with a new approach. Instead of mandating a minimum investment in energy-efficiency programs, policymakers are designing incentives that reward utilities with new revenue for meeting or exceeding conservation goals.

The hope is that giving utilities a path to earning a profit from encouraging efficiency will inspire more companies to proactively ramp up their conservation programs beyond what might have been achieved through mandates only.

In Minnesota, early evidence suggests the state’s recently revamped incentives are working. Xcel Energy helped its customers conserve about 416 gigawatt hours of electricity last year — more than any other year in the company’s history. Under the new incentive structure, the utility will be rewarded about 14 percent of the net benefit of those energy savings, which totaled approximately $291 million. That’s about $40 million in new revenue for the company’s shareholders.

“It really did bring about a shift in the way our management thought about about energy efficiency,” says Carolyn Brouillard, a senior regulatory analyst for Xcel. “All of a sudden we have this lever, so to speak, where we have the opportunity to improve our earnings by being more aggressive about these programs.”

Without these bonuses, investor-owned utilities have little motivation to promote energy-efficiency besides complying with regulations and promoting a responsible image. That’s because the way they’ve historically grown profits is by building more power plants and transmission lines and selling more power.

The specifics vary by state, but generally regulators set rates based on a utility’s forecast of how much energy it will sell during a given period, along with a projection of how much it will cost to supply that power. A standard rate of return, or profit, is typically added to those costs, which means the more stuff there is to build, operate and maintain, the more costs there are on which to collect that rate of return. Meanwhile, if actual energy sales end up being higher or lower than forecasted, the company keeps or absorbs the difference.

These conditions create a disincentive for utilities to conserve energy, says Marty Kushler, a senior fellow who follows utility policy and regulation for the Americans Council for an Energy-Efficient Economy. It’s why utilities have fought tougher efficiency standards for decades.

In recent years, however, significant progress has been made in advancing energy-efficiency policies, Kushler says. He credits a couple of factors. One is that energy-efficiency proponents changed their approach, recognizing they would need to address utilities’ economic concerns to overcome their opposition. And secondly, the recession and resulting decline in energy use made the prospect of continually growing sales and beating forecasts seem like a less sustainable strategy to many utilities.

The Midwest has traditionally lagged other parts of the country when it comes to energy-efficiency policies, but the region saw a wave of activity between 2007 and 2010, during which Indiana, Minnesota, Michigan, Ohio, South Dakota and Wisconsin established new incentives.

“All of a sudden Midwest states have jumped into the game in a big way,” Kushler says.

Conservation incentives aren’t new in Minnesota, but up until last year they were usually too small to make up for the sales revenue utilities lost due to increased efficiency, says Brouillard.

When the Minnesota Legislature, with the support of then Gov. Tim Pawlenty, started work in 2007 on an ambitious set of renewable energy and energy-efficiency policies, utilities and efficiency proponents took it as an opportunity to revisit the incentives. Lawmakers passed a requirement for all utilities in the state to achieve between 1 percent and 1.5 percent energy savings per year through their conservation programs. The legislation included instructions for the state’s utility commission to design a set of more favorable incentives for utilities.

“If you can come close to and then surpass the reasonable state goals, you should be rewarded based on your better performance,” says former State Rep. Jeremy Kalin, one of the main architects of the efficiency legislation.

The state’s utility commission completed the new, enhanced conservation incentives in late 2009. The changes prompted a shift in thinking among Xcel management, and that’s led to a shift in strategy and resources as well, Brouillard says.

“What this incentive mechanism has done is turned conservation from a loss-leader to a potential profit center,” she says.

Conservation used to be viewed internally as a matter of corporate social responsibility, separate from the core business mission. Today, there’s more talk at Xcel of running its conservation programs like a business. The utility is adding staff and dedicating more resources to its customer energy-efficiency programs.

The result: a record-setting year for energy savings and support for a slew of new programs that it is leading or participating in, from the Kilowatt Crackdown to the St. Paul Port Authority’s Trillion BTU program.

“They really did raise the bar for us in terms of the level of savings we need to achieve,” Brouillard says, “but as we showed last year we were successful in ramping up our programs and surpassing that level.”

In addition to the half dozen Midwest states with conservation performance incentives, four states have created policies aimed at eliminating the disincentives for utilities to promote energy efficiency.

Wisconsin and Michigan have something called a “revenue decoupling mechanism.” If a utility’s actual sales fall short of its forecast a given period, it is allowed to collect that revenue from ratepayers anyway. If sales exceed the forecast, it must rebate ratepayers for the excess.

Ohio and Indiana have each have a “lost revenue adjustment mechanism.” Utilities in those states are allowed to collect revenue equivalent to the total energy saved through their conservation programs.

With all of these examples — decoupling, lost revenue adjustment, and performance incentives such as Minnesota’s — the utilities’ bonuses ultimately come from ratepayers, either factored into future rates or added to bills via line items. That can make them politically unpopular.

However, he says, ratepayers need to understand just how lucrative the status quo has been for utilities. Conserving energy is far less expensive than building new power plants or infrastructure, yet the latter has always been far more profitable for utilities. That means utilities are economically motivated to keep building more stuff, regardless whether it is necessary, and then pass the bill to their customers.

Kalin hopes Minnesota’s new incentives put the state on a path towards a new model, one that will benefit the environment, utility shareholders, and their customers. “What we need to do is find a new, sustainable business model that’s a sustainable energy system, too.”

Photo by nilsvik via Creative Commons