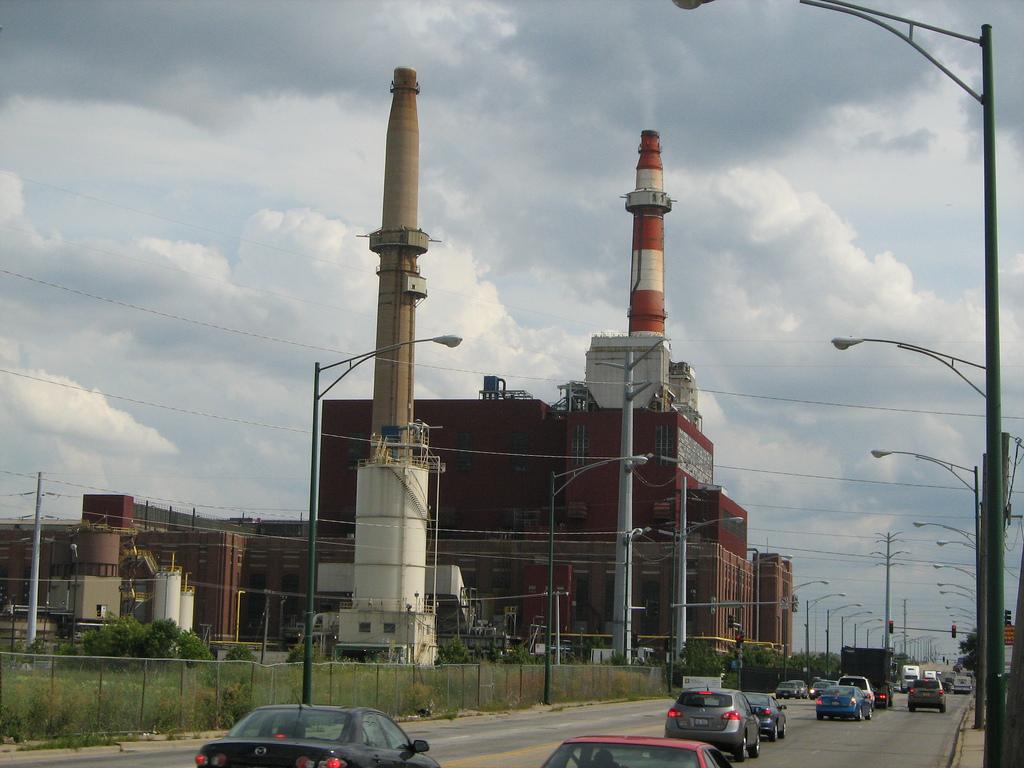 Chicago’s city council on Thursday reintroduced an ordinance that could shut down the city’s two aging coal plants or force them to convert to burning natural gas.

The Clean Power Ordinance mandates carbon dioxide emissions not exceed limits that would be impossible to meet burning coal, without carbon capture and sequestration technology that is not yet commercially available. The ordinance also puts limits on particulate matter, which is linked to higher rates of heart disease, lung disease and asthma attacks in nearby areas.

The ordinance was referred to a rules committee that is chaired by Richard Mell, a powerful city councilman who has signed on to the ordinance as a cosponsor. With 34 out of 50 councilman having stated their support, advocates are hopeful the ordinance will be passed and signed by Mayor Rahm Emanuel in coming months. In the full council, it needs 26 votes to pass. Before that it will likely need to be passed in the health and environment committee, whose chair has not backed the ordinance.

Spokesmen for Midwest Generation, the company that owns the plants, have said they would shut them down rather than making an expensive conversion to burn natural gas, unless the company gets long-term purchase agreements to finance the switch. Given regulatory hurdles and likely opposition from citizen watchdog groups, that would be unlikely.

Residents of the largely immigrant, low-income neighborhoods around the two coal plants and environmental and health groups have for more than a decade been calling for the plants to shut down or greatly reduce their emissions. An ordinance that would have forced drastic reductions in nitrogen oxide and sulfur dioxide emissions was introduced in 2001 but never advanced, lacking support from then-Mayor Richard M. Daley.

The current ordinance was introduced in April 2010 and likewise failed to progress in council proceedings for more than a year. In April, Daley’s last month in office, a committee hearing was held but no vote was taken.

“We have a new mayor, who indicates he supports the cleaning up of these two plants,” said Moore, who represents a north side neighborhood about 10 miles from the coal plants. “This is a Chicago issue, an issue across the region, a national issue.”

Danny Solis, the councilman representing the Pilsen neighborhood where the Fisk Generating Station is located, had not supported the ordinance until this past April, when he faced a tight run-off election with a community activist who was outspoken about the issue. After Solis won that election, residents and activists had worried he would not continue to advocate for the ordinance.

Solis had previously argued that the city did not have the power to regulate the plants. Moore and attorneys with the Environmental Law and Policy Center, who helped draft the ordinance, said a “home rule” provision in the state constitution allows the city government to regulate power plants in order to protect public health and welfare.

At a press conference before the city council meeting, Solis said, “It has been said this is up to the federal or state government. But there’s no government closer to the concerns of the community than the municipal government, and that’s us.”

“The ordinance wasn’t needed when introduced last year and the case for it is even weaker now given new federal air quality regulations and ongoing emissions reductions at the plants,” the statement says. It quotes Pedro Pizarro, president of Midwest Generation’s parent company, Edison Mission Group: “The so-called ‘Clean Power’ ordinance failed in the previous City Council because there’s no reason for Chicago to regulate emissions from power plants already heavily regulated by the federal and state environmental agencies charged with protecting public health.”

In the past Midwest Generation spokesmen said the company would likely sue challenging the city’s authority if the ordinance passes.

National environmental groups had in the past several years made the Chicago coal plants, originally built in 1903 and 1924, symbols of their nationwide campaigns against coal-fired power. On May 24 eight Greenpeace scaled the 450-foot smokestack of the Fisk plant and stayed on a small platform for 26 hours, painting “Quit Coal” on the stack. The same day Greenpeace activists hung from a bridge on the Chicago Sanitary and Ship Canal, blocking a barge delivering coal to the plants. The activists are facing felony charges of criminal damage to property.

At the city council hearing, several hundred members of a citywide Clean Power Coalition in green shirts packed the gallery. At the committee hearing in April, few residents or activists were able to watch the proceedings since about 300 workers from Midwest Generation plants around northern Illinois filled most of the seats.

Activists said the ordinance reintroduction was a long time coming and described it as a major victory.

“This is a testament to the grassroots pressure particularly during the elections, where it was an election issue in some key races,” said Christine Nannicelli, an organizer for the Sierra Club’s Beyond Coal campaign. “We made it clear this is an issue the public really cares about.”

“This is a local issue but it’s not just local, it’s about clean air everywhere,” said Tony Navarro, a retired plumber from the far south side of the city, who lives near another coal plant just across the Indiana border. The company Dominion has announced that plant, the State Line Energy Generating Station, will close by 2017 rather than install federally mandated pollution controls.