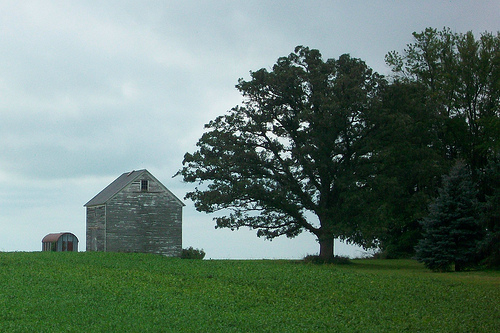 The company that wants to build a $179 million wind farm in southeastern Minnesota is making a final push to invite residents to participate in the controversial project as it prepares to begin construction later this year.

AWA Goodhue, a subsidiary of T. Boone Pickens’ Mesa Power Group, sent letters to around 200 residents who live within a half-mile of the proposed Goodhue County wind farm in mid-July, offering each $10,750 in exchange for agreeing to conditions set by the Minnesota Public Utilities Commission.

Residents who agree to the payments would receive $750 at signing, and $500 a year over the next 20 years, according to a copy of the letter provided by a recipient. Additional payments would be given if the resident agrees to a lesser setback or to have equipment placed on their property, according to the letter:

Residents who accept the offer will not necessarily have turbines sited on or near their property, however, and the 1,626-foot setback requirement called for by the PUC as part of its conditional site permit approval will be honored unless an owner agrees to a lesser setback.

The renewed outreach effort, which was first reported by Finance and Commerce, is intended to meet a requirement imposed by the PUC as part of the site permit approved on June 30, requiring a “good faith” effort to sign up non-participating property owners.

The final language of the permit’s conditions has yet to be completed – it has been delayed because the PUC vote came one day before the nearly three-week shutdown of the Minnesota state government – and the ruling can be appealed within 20 days of its final issuance.

“The details of this particular stipulation will be born out in that final order, but what we’re trying to do is stay ahead of the game because we’ve got a project to build,” said Mark Ward, who is responsible for developing and managing Mesa Power’s renewable power holdings.

No timeline has been set for residents to respond to the offers, and an exact construction date has not yet been set because the company is completing a bird and bat management plan and still working to secure financing for the project, Ward said.

A group of local residents and officials have argued that AWA Goodhue’s plans to put around 50 turbines in their rural area will harm wildlife, including bald eagles, cause shadow flickers, create too much noise and hurt property values.

Those concerns have persisted since the PUC’s ruling and in the wake of the new outreach effort.

“There’s nothing good faith about it (the offers),” said Bob Rosenquist, a member of Goodhue Wind Truth, a group of local residents opposed to the project. “They’ve been anything but good neighbors and these latest offers just show that again.”

Rosenquist does not live within the footprint of the proposed wind farm, and did not receive one of AWA Goodhue’s latest offers, but said he fears area residents are not being adequately compensated.

Goodhue County Commissioner Ted Seifert also said that he felt the offered payments were not enough given the impact the project would have on area property owners.

The company should increase payments to participants if it does not allocate the full $2 million it has set aside for the new offers, he said.

When the county was asked to support the project, Seifert said he expected more of a windfall for local residents, but that “the money hasn’t really flowed to the community like I thought it should.”

Goodhue County Attorney Stephen Betcher said he has heard from several residents who have received the offer, and has advised them to speak with an attorney before making any decisions. So far, he said he has not heard of anyone who has chosen to negotiate with the company.

Marie McNamara, who runs an organic dairy farm with her husband Bruce in Belle Creek, is among those who received a letter but said she does not plan to sign on as a participant. She said the offer was low given what the company was asking, but that she is also opposed to the project on principle.

“It’s not even the money, it’s the way the project is situated,” she said.

Still, Ward, of Mesa Energy, said he remains hopeful that the wind farm will win more local support as the project continues to move ahead.

“We’ve always encouraged all of the land owners in the footprint to participate in the project and will continue to do so,” he said.