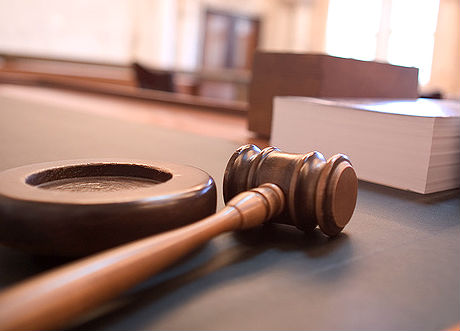 To repeal, reform, or ramp up?

State legislatures across the region have been considering a full spectrum of proposals related to renewable portfolio standards. With sessions winding down for the year, we decided to check in with a few political observers to see how the policies are faring:

The ink has yet to dry on Indiana’s voluntary Clean Energy Standard, which encourages utilities in the state to generate 10 percent of electricity from clean energy sources by 2025. The legislation was signed last May by Republican Gov. Mitch Daniels.

“They’re still figuring out how it’s going to work,” says Christopher Zumski Finke, a policy associate with Wind on the Wires.

As part of that process, the state House passed a resolution by Republican Rep. Dave Frizzell that calls for a study of the potential rate impact on customers, among other aspects of the policy. A legislative council will decide by next month whether to order the study.

(A similar rate-impact study was requested in Minnesota last year, the results of which showed the impact was mixed but mostly minimal from that state’s mandatory renewable standard.)

Customers in Illinois can choose to purchase power from one of the state’s major utilities or any number of alternative suppliers, which pay a fee to sell their electricity across the utilities’ wires. Customers can also change electric companies much like cell phone carriers. This makes long-term planning a challenge for utilities and suppliers, because the number of customers fluctuates from month to month.

“A renewable energy developer needs long term certainty to build a wind project,” says Kevin Borgia, director of the Illinois Wind Energy Coalition. They can’t currently get that certainty from Illinois utilities, which have been meeting their RPS goals so far by purchasing renewable energy credits instead of investing in new projects.

A solution has been proposed in S.B. 678, which would establish a transmission tariff that would be used to fund renewable projects. The legislation would spread the cost of renewable investments proportionally across all utilities and electric suppliers, creating a steady stream of funding regardless of how customers move their dollars.

The bill is a broader piece of energy legislation that includes the controversial Tenaska Energy coal gasification project, which has overshadowed the renewable portfolio standard reforms. Borgia argues that it may be the most important renewable energy legislation in the region, considering Illinois has the Midwest’s largest electricity load.

That’s made for some interesting bedfellows and a set of political dynamics that make it tough to predict how it will play out, Borgia says. The bill has cleared the Senate and is currently sitting with the House rules committee. The state’s legislative session lasts through the end of next month.

The political action around Michigan’s renewable standard has been outside of the capital.

Since 2008, the state has had a target of 10 percent renewable generation by 2015. A coalition of labor, business and environmental groups called is collecting signatures for a ballot measure that, if approved by voters, would increase the standard to 25 percent by 2025.

“I don’t there’s any doubt that we’re going to get 322,000 plus signatures you need to put it on the ballot, and people are optimistic that it will pass,” says John Sarver, executive director of the Great Lakes Renewable Energy Association.

The deadline for collecting signatures is July 9. The proposal calls for the legislature to enact laws that would encourage renewable energy projects to use made-in-Michigan equipment and hire Michigan residents. Some utilities have said the target would be unrealistic, but the campaign has support from several labor unions and manufacturers.

“It’s an interesting split of support and opposition,” says Zumski Finke, of Wind on the Wires.

Meanwhile, Republican Rep. Ray Franz has introduced a bill that would repeal Michigan’s RPS altogether, though observers don’t expect it to gain traction.

Is hydropower renewable or not? The answer depends on the state, we learned earlier this year.

In Minnesota, the state’s 25-percent-by-2025 renewable portfolio standard only counts hydropower from small facilities, those under 100 megawatts.

A freshman legislator, Republican Sen. Michelle Benson, introduced a bill this session that would scratch that limit and allow utilities to count all hydropower toward their renewable targets.

The distinction was put in place in part because Minnesota doesn’t have capacity for hydro facilities larger than 100 megawatts, says Zumski Finke. Canada does. Allowing utilities to count power from large hydro facilities would likely shift utility spending to Manitoba Hydro projects and away from local renewable energy projects, he says.

Republicans who were around when the original legislation was written seem to remember why the cap is there, and there aren’t any signs of the bill advancing.

Missouri’s 15-percent-by-2021 renewable standard was born out of a successful ballot initiative four years ago.

The group behind that campaign, Renew Missouri, hopes to put the issue to voters again this fall with a measure to expand the standard to 25 percent by 2025.

While they collect signatures, the state’s legislature is considering a proposal that would significantly re-write the existing policy.

Sen. Brad Lager has introduced a bill that would let utilities meet the requirements with out-of-state renewable energy credits, which would take away incentive to develop renewable projects in Missouri, says Zumski Finke. It would also establish a cost cap on how much utilities could spend on compliance, and exempt utilities who couldn’t meet the mandate within that budget.

The Missouri Public Service Commission, meanwhile, announced a workshop on April 17 to discuss ideas for improving the rules for the renewable standard.

(Wind on the Wires and the Great Lakes Renewable Energy Association are members of RE-AMP, which also funds Midwest Energy News)