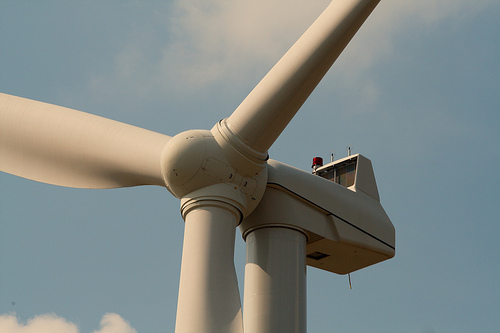 Wisconsin utilities since 2007 have spent nearly $1.7 billion on wind farms and other renewable projects, and passed the bill on to their customers.

The state’s renewable investments, however, have only caused electricity bills in go up an average of 1 percent, according to utility regulators.

The Public Service Commission of Wisconsin issued a report Friday on the rate impact of the state’s renewable portfolio standard.

Similar to what’s been reported in other states, Wisconsin officials found the policy’s affect on electricity prices to be relatively small.

Wisconsin’s renewable targets required utilities to provide 6 percent of their electricity from renewable sources by 2010, and 10 percent by 2015.

All 118 electric providers in the state met the 2010 benchmark. In 2010, 7.37 percent of Wisconsin’s electricity came from renewables.

The PSC is required by law to issue biannual reports on how the policy is affecting ratepayers in the state. The new report covers data through 2010.

For every utility-owned project, commission staff calculated levelized cost, or the price per megawatt hour over the lifetime of the project.

The 1 percent premium electricity customers are paying is higher than analysts originally projected, in part because of a drop in electricity demand.

The lower demand, caused by a combination of the recession and efficiency, has also kept market electricity prices lower.

“Many factors influence an electric provider’s decision to invest in constructing or purchasing electricity from a given resource,” it notes.

Its analysis assumes that Wisconsin utilities would not have invested in any renewables after 2006 without the state mandate, which is unlikely.

“Because electric providers were investing in renewable energy before the RPS existed, it seems highly likely that some level of additional investment in renewable energy would have occurred even without the RPS, making the assumptions used in this report conservative,” the report says.

The report also doesn’t attempt to quantify any of the secondary costs (transmission upgrades) or benefits (jobs, economic development, health and environment improvements).

Twenty-nine states have renewable electricity standards. The impact of those policies on electricity customers, nationally, hasn’t been clear or consistent. That’s because they depend on decisions made by individual utilities and co-ops.