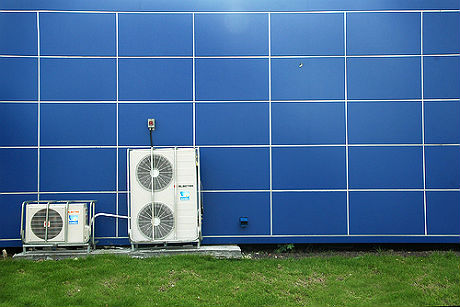 Could the sun be setting on utility air conditioning savings programs?

We Energies customers in Milwaukee currently receive up to a $50 annual credit for giving the electric utility permission to cycle their air conditioner on and off on hot summer days.

The Energy Partners program, which is similar to those offered by several other utilities, is intended to help manage electricity loads at times when the system is straining to keep up with demand.

The interruptions are small enough, usually 15 or 20 minutes, that most customers won’t even notice when it kicks in, — which, in recent years, has been almost never.

The usage has been so small in the last decade that the company is now proposing to get rid of the program, saying that it is no longer cost-effective.

We Energies spokesman Brian Manthey said the program saw frequent use in the 1990s and early 2000s, but since then it’s rarely been used because its systems have more built-in reserves due to the recession and investments in generation and transmission.

It’s been a similar story for Xcel Energy in Minnesota.

“With the relatively mild weather that we’ve had and the downturn in the economy, loads have come down a little bit, so we don’t see quite the pressure on our system from say a few years ago,” says Patrik Ronnings, who manages Xcel’s Savers Switch program.

Xcel offers customers a 15 percent discount on their summertime electric bills in exchange for participating in the program.

It’s only activated the switch two days in the last four summers, though. In 2007, the program was used 11 days, which is more along the lines of its historical, pre-recession average.

Ronnings expects the program’s use will pick up again as the economy recovers, but there’s also a chance that improved efficiency could make Savers Switch less cost-effective.

The program’s costs include the discount to customers as well as the cost of equipment and installation at each residence. Those costs are fixed, but the benefit gets smaller as air conditioners become more efficient.

Twenty years ago, it would have taken a 4-kilowatt air conditioner to cool an average house on a hot day, Ronnings said. A state-of-the-art unit today can do the same job for around 2 kilowatts.

“The equipment costs the same, but if the load relief that you’re getting is half of what it used to be because air conditioners are now twice as efficient, it might be challenging to justify such a program,” Ronnings said.

Other utilities, meanwhile, are introducing or expanding their air-conditioner cycling programs, and activating them more often.

FirstEnergy introduced its Easy Cool Rewards program in Ohio this year but has not yet activated the system.

Otter Tail Power, which has customers in western Minnesota and the Dakotas, is getting ready to expand its five-year-old CoolSavings air-conditioning control program, which it activates about four to six times per year. The utility has historically seen electricity demand peak in the winter because of a high percentage of customers with electric heat, but its summertime loads are growing and catching up with its winter peaks.

And in Iowa, MidAmerican Energy has relied increasingly on its Summer Saver program to help manage its surging summertime electricity peaks, which have broken records each of the past two summers. Its air-conditioning controls were in use last week for the second time this season. Last summer, it was used 11 days.

“We’re continuing to see increase energy use from our customers,” said Ann Thelen, a spokeswoman for MidAmerican.