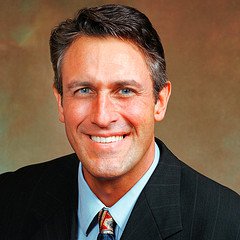 A Wisconsin state senator wants to reopen debate on the state’s years-long effort to establish uniform wind siting rules, and representatives from the renewable energy industry say they’ve had enough.

Sen. Lasee, a Republican from De Pere, this week brought four people before the state’s Public Service Commission to discuss health problems they attribute to the Shirley Wind Farm in Brown County.

“It doesn’t affect all people, but it affects a significant number of people and we shouldn’t do that to people in their own homes,” Sen. Lasee said, according to a report from WKOW-TV.

While anecdotal reports of “wind turbine syndrome” are often cited by wind energy opponents, to date there is no scientific evidence supporting claims that wind turbines can impact people’s health. A research summary published by Swedish scientists last year did find that noise from turbines can cause “annoyance,” potentially leading to sleep deprivation, but found no connection between turbine noise and more severe symptoms such as nausea or tinnitus.

The Canadian government recently announced it is conducting its own study of the issue, with results expected to be released in 2014.

Wisconsin’s uniform setback rules were delayed for a year after Gov. Scott Walker, prompted by the state’s Realtors Association, proposed stricter rules shortly after taking office. Walker’s proposal failed to gain traction in the state legislature, and the original rules took effect in March of this year after lawmakers adjourned without taking up the bill.

Another proposal by Sen. Lasee would have imposed a moratorium on all new wind projects until scientists prove they don’t cause health problems. The bill did not receive a committee hearing.

“It’s plain un-American to have wind turbines twice as tall as the State Capitol right next to someone’s house that they are forced to look at, which makes them dizzy, nauseous and sick,” Lasee said at the time.

Michael Vickerman of RENEW Wisconsin (a member of RE-AMP, which also publishes Midwest Energy News), told WKOW that Sen. Lasee “has been waging an ideological war against wind power for a long time.”

Chris Kunkle, speaking on behalf of the WEBA, called on Lassee to “stop his rash and unsubstantiated attacks on the wind industry.”

“It is becoming increasingly clear that Senator Lasee is an outlier in this debate,” Kunkle said in the release.