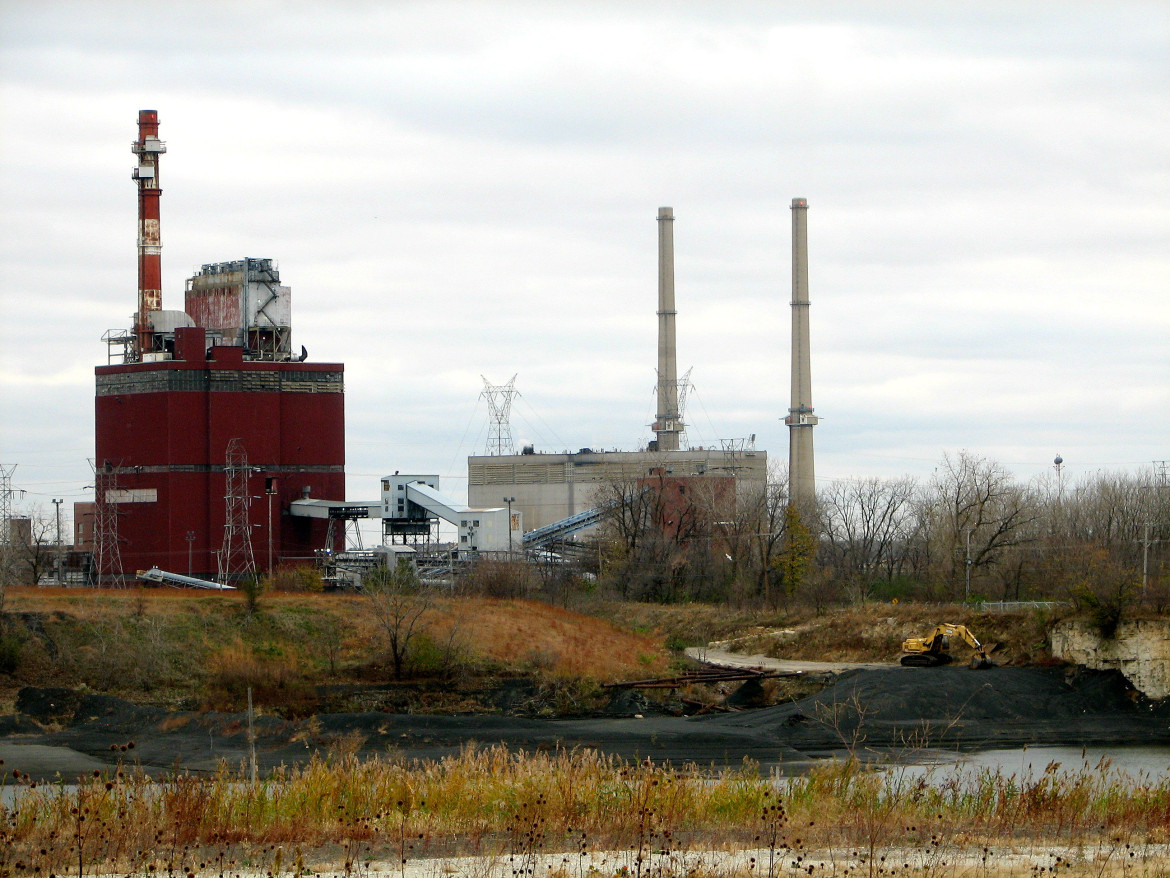 A power plant near Joliet, Illinois.

The Rio+20 summit in Brazil brought together NGO leaders, elected and agency officials, advocates and citizens from around the world to debate sustainable development and environmental justice.

Tammy Thompson, Carol Stark, Sandy Burcenski and Mary Burnitz – activists and mothers who live in the southwest Chicago suburbs – did not go to Rio. But their testimony and that of other American women impacted by coal-fired power was delivered in Brazil, as part of an NGO focus on ending fossil fuel subsidies and dependence on fossil fuels worldwide.

The Loretto Community at the UN, a faith-based organization which has official NGO standing with the United Nations, and the Feminist Task Force have held tribunals around the world focusing on the impacts of coal mining and coal power on women. The Feminist Task Force is a network of international women’s rights groups formed in 2005 to focus attention on poverty as a women’s issue.

In the months before Rio+20, the groups hosted two “Climate Justice Tribunals” in the U.S. – one in Charleston, West Virginia, where Appalachian residents testified about the impacts of mountaintop removal coal mining on their water supplies, health and communities; and one June 10 in the Chicago suburb of Joliet, where residents talked about the effect of coal-fired plants in their midst.

“The face of poverty is a woman’s face,” said Sally Dunne, NGO UN representative of the Loretto Community. “That’s true wherever you find poverty around the world, and it’s equally true here in the U.S. That’s why we chose to conduct these tribunals as women’s tribunals…Women here don’t necessarily have to walk five miles for clean water, but if (tap) water is polluted, it’s women who have to figure out what to do about it for their families.”

Sandy Burcenski and other members of the grassroots group Citizens Against Ruining the Environment (CARE) testified that they fear their wells are contaminated from coal ash storage in old quarries near Midwest Generation’s Joliet and Romeoville power plants. They said many people buy bottled drinking water as a result, a considerable expense for families.

Midwest Generation’s coal ash quarries are among those listed in a 2010 report by Earthjustice, the Environmental Integrity Project and the Sierra Club logging indications of groundwater contamination from coal ash nationwide.

The EPA is in the process of drafting rules governing how coal ash is controlled and regulated. This spring environmental groups filed a lawsuit demanding the agency finish the long-delayed rulemaking.

At the Joliet event Burcenski said:

What proof do we have if our wells are not individually tested? Residents cannot afford to pay the exorbitant costs of testing for heavy metals. Costs for the testing of private wells should be absorbed by the industry surrounding these private wells.

“People with private wells are screwed,” added Thompson. “They’re out on their own – they don’t even have valid information, and they’re stuck with a house and property and water you can’t use.”

At both tribunals, women “jurists” from advocacy groups listened to the testimony and crafted their own recommendations or statements which were also delivered in Rio. The Joliet jurists included representatives from Greenpeace, the NAACP, the Prairie Rivers Network, the Global Call to Action Against Poverty, the Pilsen Environmental Rights and Reform Organization and the Eco-Justice Collaborative.

(View video from the Joliet and West Virginia tribunals, respectively, here and here.)

While the environmental complaints of U.S. citizens typically pale beside the experiences of people from developing countries like China, Dunne said it is important for their concerns to be aired in such international forums. “Because the U.S. is such a powerful player on the world stage and has such control over the outcome of these important issues,” she said. “These are not just problems elsewhere – they are problems here as well.”

Thompson and her family moved away from Joliet – taking a “huge loss” in the process – because she feared the health impacts of the coal power plants and other local industry, including chemical plants and oil refineries.

The houses and cars are covered in soot and dust – you would think its pollen but it’s not springtime. The falling leaves make imprinted on the houses as if you were stamping them, because of all the soot. The people living there aren’t stupid, they know it’s making them sick but where are they going to go?

CARE member Mary Burnitz testified that her fifth child, Marsha, born in 1993, has struggled her whole life with respiratory ailments that she and doctors have blamed on the nearby coal plant in Romeoville. Her husband, Ron, also suffers from chronic obstructive pulmonary disease, she said, and takes multiple medications daily.

She said that before building their home in 1989 – with a view of the plant from the kitchen window – they consulted with the EPA and were told the plant was nothing to worry about. But they became increasingly concerned as they would see black soot coating furniture and cars.

Joliet area resident Carol Stark blames her daughter’s asthma and her struggle with breast cancer on the coal plants. She testified that her own interviews show what she believes to be an unusual incidence of cancer, and she described the mixed reactions she got when talking with neighbors about her fears:

Once they realize that you are inferring that the cancer they or a loved one has may be due to living so close to these coal-fired power plants, they become elusive, defensive, and sometimes angry because they realize their home value will decline if you pursue this line of questioning. Many also worked at these plants, or a father, uncle or other family member worked there, and they believe their pensions could be in jeopardy, so they stop talking to you altogether.

Late last year, environmental activists across the county hailed the adoption of new air emission rules by the U.S. EPA, which the agency said will save thousands of lives. Because of even stricter emission limits it agreed to with the Illinois EPA back in 2006, Midwest Generation has already achieved compliance with and, in fact, ahead of these rules for mercury and nitrogen oxide emissions, and will be undertaking work to meet future limits on sulfur dioxide emissions, or retire generating units that are not economical to retrofit.

As to the group’s allegation about coal ash, there is no — to use their words — “dumping of toxic coal ash,” period.  Coal ash handling at all Midwest Generation facilities, whether it is trucked away to landfills or stored in lined ponds or a quarry permitted as a landfill, is done in strict accordance with state and federal regulations…The public is best served by responsible public policy which continues to use coal while protecting the public health, not by misguided anti-coal ideology that risks reliability and affordability of electricity and the health of our economy.

Midwest Generation has indicated to investors that it may close other plants in its Illinois fleet in the near future.

Greenpeace coal campaigner Kelly Mitchell, who served as one of the jurists in Joliet, said that in her experience international advocates often view the U.S. as “a laggard” on environmental and climate regulation and initiative, so it was rewarding to showcase Midwestern grassroots activism.

“Things like this are important to show the global community that there is a lot of action at the state and local levels, that a lot of local communities are very invested and are having victories like closing the Chicago plants,” said Mitchell, who made headlines for scaling the stack of the Fisk coal plant in Chicago last year.

“What the testimony also reinforced for me was that we can’t let these companies portray themselves as victims before the government and the public. Behind their actions are effects on actual human beings, and we have to make sure they are held responsible.”