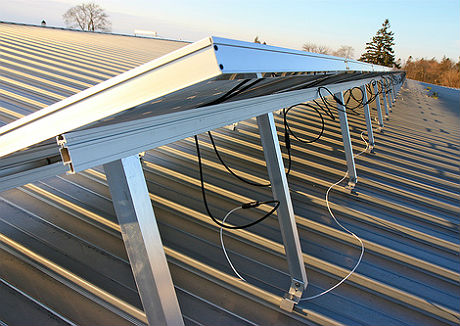 A solar coalition’s annual policy report card gave out poor marks this week to two Upper Midwest states for their rules on plugging small-scale renewables into the electric grid.

The sixth edition of Freeing the Grid, published Monday by the Vote Solar Initiative, gives Minnesota a flunking grade for net metering and ‘D’ for interconnection.

Wisconsin received ‘D’s in both categories, while most Midwest states saw ‘B’s or ‘C’s.

More than 40 states have net-metering laws, which require utilities to credit customers for unused electricity they generate from solar panels, wind turbines or other sources.

Interconnection refers to all of the technical and contractual procedures for connecting a solar array or other distributed generation system to the grid.

As the price of solar-electric panels drops, the obstacles to solar power will increasingly come from fees, expenses and restrictions related to these policies.

“It’s not about incentives any more. It’s about these structural policies,” said Annie Lappé, solar policy director at the Vote Solar Initiative. “Those are the policies that are either going to let a [solar] industry take off, or they’re going to be the road blocks that really stand in the way.”

Minnesota’s net-metering law, for example, limits projects to no larger than 40 kilowatts — an arbitrarily low cap, according to distributed-generation advocates. It’s the reason why only a small handful of solar installations in the state exceed 40 kw in size.

Minnesota was once a leader in distributed generation policy, passing a net-metering law in 1983 to make it easier for farmers to install wind turbines.

“We were really ahead of the game 25 to 30 years ago,” said Eric Jensen, energy associate for the Izaak Walton League’s Midwest office in St. Paul. “We were either first or tied for first in the nation in setting up net-metering policy, and then we dusted off our hands and called it a day.

“This is the result,” Jensen said, referring to the state’s ‘F’ grade on the recent report card.

Wisconsin and North Dakota allow net-metering for projects up to 100 kilowatts. Iowa’s limit is 500 kilowatts. And more than 20 states have caps that exceed 1,000 kilowatts.

Officials at Minnesota’s Division of Energy Resources are aware of the need for updating the policy. The office held a series of stakeholder workshops last fall aimed at finding some common ground for possible legislative or administrative proposals later this year.

On August 15, the energy office will host a webinar to share its assessment on the status of distributed generation in Minnesota and how it compares to other states.

Are utilities the obstacle?

Work is also underway in Wisconsin to improve the state’s net-metering and interconnection policies. A coalition of cities and non-profit groups received a U.S. Department of Energy SunShot grant in December to work on cutting red-tape for solar.

Don Wichert, interim executive director of RENEW Wisconsin, one of the organizations taking part, said the group is aware of where the state needs improvement.

“We are going through each one of the different elements that’s graded, and we’re trying to work on increasing our scores,” Wichert said. “The real goal is to make it cheaper, faster, and easier to install solar.”

The biggest political road block, in Minnesota and across the country, has been opposition from utilities, which argue that an expansion of net-metering will unfairly push costs onto ratepayers who don’t own their own generation sources.

“The real reason is they’ll lose revenue, but what they’re blaming it on is this cost shift, and it’s just not true,” Lappé said. While more study is needed, she said the data doesn’t support utilities’ claims.

Xcel Energy has told Minnesota officials that it would accept a 60 kilowatt net-metering cap. In Colorado, however, where Xcel is also the largest utility, customers qualify for net metering on projects up to 120 percent of their average annual consumption, regardless of how big they are.

“The rates have not gone up and the renewable energy industry is thriving,” Lappé said. “Xcel Energy has very different rules to operate under, but when they have to operate under really good solar rules for interconnection and net-metering, they still do fine.”