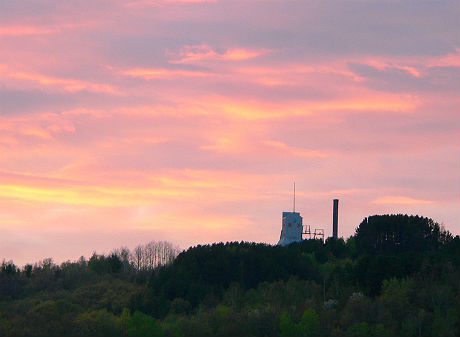 As plans progress for a major transmission upgrade to serve Michigan’s Upper Peninsula, opponents say the region’s revived mining industry – not ratepayers – should shoulder the cost.

American Transmission Company (ATC)  plans to build hundreds of miles of new high voltage lines, at a cost of $1 billion, through the forests of northern Wisconsin and Michigan’s Upper Peninsula.

The Wisconsin-based company says the upgrade is necessary to alleviate the area’s chronic blackouts and ensure a stable power supply as the futures of various coal-burning power plants in the region are in doubt.

Critics — including major environmental and utility watchdog groups and residents – question the scale of the upgrade, and whether the new lines will contribute to ongoing environmental harm by continuing the region’s reliance on coal-fired power.

But also at issue is whether the project is primarily to facilitate new industrial mining operations, a distinction that would change the way the line’s costs are allocated.

ATC announced its Bay Lake Plan (also referred to as the Northern Plan) for Wisconsin and the UP in spring 2011 after about a year of study, according to spokesperson Jackie Olson. The Midwest Independent Transmission System Operator (MISO), which oversees transmission in the region, initially agreed to essentially fast-track the approval process.

After significant outcry from groups including the Environmental Law & Policy Center, the Citizens Utility Board of Wisconsin, Clean Wisconsin and the Natural Resources Defense Council (members of RE-AMP, which also publishes Midwest Energy News), MISO and ATC instituted “a more normal, albeit accelerated, review process” in the words of ELPC executive director Howard Learner.

The debate has extra significance given that the Federal Energy and Regulatory Commission has ordered regional transmission organizations like MISO to expand transmission infrastructure nationwide, while also calling for comprehensive public planning processes.

Olson said ATC’s proposal is “driven by a combination of factors: generation changes, changes in load, contingency concerns brought about by the widespread outage in May 2011, reduced output and unit retirement in the UP in particular, and also changes that could be happening in northern Wisconsin.”

She said these changes include the possible retirements of coal-fired power plants, and that the transmission expansion could drive the retrofitting and continued operation of coal plants in Wisconsin if they have better access to markets to sell their power.

Is the upgrade overkill?

Though major environmental and policy groups often favor grid expansion to facilitate renewable energy, they are questioning the wisdom of the new ATC lines and asking whether they are needed improvements or examples of “gold-plating” wherein a company builds infrastructure just because it can, passing on the costs to ratepayers and collecting profits. MISO policies allow the costs of new transmission in the UP and northern Wisconsin to be passed on to a much wider base of ratepayers, who won’t benefit from the project.

“There’s no doubt there are transmission problems, there are blackouts in the UP,” said John Moore, senior attorney for the Natural Resources Defense Council’s FERC project. “Whether ATC’s solutions are the right answers is an entirely different question. Overall load growth in the area has dropped – it’s now nearly flat. There’s no need to build a big massive new line… That’s why we want a regional analysis that takes into account the electricity needs and natural resource protection in the region.”

Learner said it is particularly unfair for ratepayers to subsidize transmission upgrades that he thinks are clearly for the benefit of hard rock mining. Several large iron ore mines have long operated in the region, and new nickel, copper and other hard rock mining projects are in development since metal prices have climbed in the last decade.

Olson indicated that the transmission upgrades are related to mining and industrial operations, saying “there is a different load shape in the northern part of our service territory – there’s an awful lot of load that runs 24-7 so we don’t have that shoulder period (at night) to take equipment out for maintenance.”

In comments filed with MISO July 20, the ELPC said:

“The applicable law is that cost-causers and beneficial users are responsible for paying the costs of new transmission,” said Learner. “It’s a very rational premise. However ATC is proposing the cost for new transmission that will principally serve large mines in the UP be absorbed by Wisconsin residential and other consumers. That’s not in our view legal.”

“Why should a Wisconsin homeowner in Wausau be forced to pay for a new transmission line being built to principally serve a large hard rock mine in the western UP?  It doesn’t make economic sense and it’s not fair.”

Olson said that in planning for new transmission, “we rely on demand predictions from our customers, the local distribution companies. To the degree mining contributes to demand on the system, that’s part of what we do in providing service.”

Environmentalists also worry that the new lines could increase the lifespan of aging coal plants that provide most of the area’s electric power. We Energies had previously announced it would likely close its 431 MW  Presque Isle coal-fired plant in Marquette. But with the transmission expansion on the table, We Energies and the Wolverine Power Cooperative announced they would explore options for retrofitting and continuing to run Presque Isle.

Along with the Bay Lake plan, ATC’s website lists a number of projects planned, in the works or recently completed for the UP and Wisconsin. The company is also installing a new $130 million high voltage direct current flow control device capable of handling 200 megawatts at its substation in St. Ignace, Michigan, to better manage power flow in and out of the UP.

In an April 2012 letter, the ELPC urged MISO “to more specifically identify whom the proposed lines are meant to serve and allocate the costs of the lines accordingly…MISO should take a hard look at whether the ATC proposal or any of the proposed alternatives are the least-cost, most environmentally sensible ways of meeting what appear to be fairly minimal reliability needs.”

“Things with MISO are still very fluid,” said Olson. “Now we are spending time this summer taking a look at various components and figuring out a new schedule for them, essentially to stay with the stakeholder-driven planning process.”