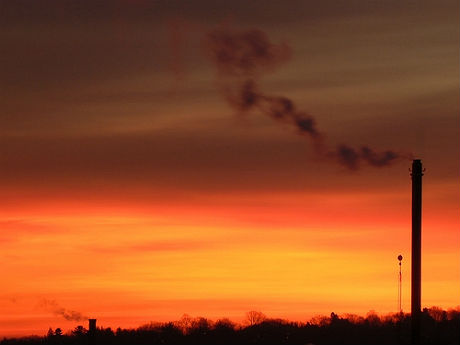 At a hearing before the Illinois Pollution Control Board earlier this month, residents and business owners in small Illinois towns described the despair they envision if Ameren is not granted more time to install sulfur dioxide controls on its Illinois coal plants. Without an additional five years to install expensive scrubbers on three of its plants, the company said in filings before the board, it will likely shut some plants down.

But medical doctors and scientists who signed a statement filed with the pollution board say residents will have less tangible but arguably more serious concerns to worry about if Ameren is granted the variance and allowed to keep operating longer without pollution controls.

That would be greater risks of heart attacks, premature death, serious respiratory trouble and other health problems, and potentially more exposure to carcinogenic polycyclic aromatic hydrocarbons (PAHs) and mercury than they would face if Ameren complies with deadlines under the state’s Multi-Pollutant Standards, or MPS.

On a press call convened by the Environmental Law and Policy Center on Wednesday, three of the 96 doctors and scientists who signed the statement for the pollution board talked about the specific health concerns linked to failure to comply with the state standards.

The ELPC is a member of RE-AMP, which also publishes Midwest Energy News.

The MPS was one of several relatively strict rules Illinois adopted in 2006 as the result of negotiations between companies and state officials, in anticipation of federal limits on mercury and other pollutants. The state rules required drastic mercury reductions by 2012; but Ameren was granted more time to meet the mercury limits because it promised to install expensive scrubbers that remove sulfur dioxide as well as mercury.

As the deadlines for scrubber installation approach, Ameren is arguing that market forces mean it cannot afford the equipment and needs more time.

ELPC staff attorney Faith Bugel said that if the pollution control board grants Ameren five more years to install scrubbers on its Newton, E.D. Edwards and Joppa plants, an additional 35,000 tons of sulfur dioxide will be emitted. An ELPC analysis of EPA emissions data shows that this would represent 11 to 17 percent of statewide sulfur dioxide emissions.

The doctors’ letter to the pollution control board says:

According to a 2010 report by the National Research Council, in 2005 alone, the annual health and related damages from particulate, NOx [nitrogen oxides], and SO2 [sulfur dioxide] cost the public $62 billion (2007 USD). The vast majority ($53 billion) of these costs were due to health damages associated with the transformation of SO2 into PM2.5.

Meanwhile, if Ameren does not install scrubbers promptly its plants will continue emitting mercury at levels well above the state standards, unless plants install specific mercury controls. And the Ameren plants have already emitted more mercury than would have been allowed under the state standards otherwise, because of their promise to install the scrubbers by looming deadlines.

It is considered potentially dangerous for children and women of child-bearing age to eat fish from lakes and waterways throughout Illinois – including at local restaurants — because of mercury contamination. Mercury from coal plants falls into waterways and, when trapped in low-oxygen zones in sediments or marshes, transforms into a form called methylmercury that bio-accumulates in plants, organisms and fish up the food chain. The neurotoxin can cause serious developmental impairment in fetuses and children, and at higher concentrations it can damage the nervous system and organs of adults.

“It’s a sneaky neurotoxin that mimics the essential amino acid methionine in the human body,” said Robert Hudson, an associate professor of natural resources at the University of Illinois specializing in the movement of metals through aquatic ecosystems.

Hudson noted that mercury tends to be converted to methylmercury and accumulate in organisms more rapidly in acidic water and soil environments. So sulfur dioxide and mercury emissions from coal plants deliver a double whammy where the acid rain caused by sulfur dioxide facilitates greater problems with mercury contamination.

“These pollutants interact in ecosystems in ways that make them most efficient to control together,” he said.

While the letter’s signers include many physicians and researchers from Northwestern University, the University of Illinois and Northern Illinois University; they stress that they signed the letter as individuals and are not representing their institutions. Prominent signers include Dr. Robert Cohen, director of Pulmonary and Critical Care Medicine for the Cook County Health and Hospitals System, and Dr. Susan Buchanan, director of the Great Lakes Center for Children’s Environmental Health at the University of Illinois at Chicago School of Public Health.

Dr. Sarah Lovinger, a Chicago internist and executive director of the Chicago chapter of Physicians for Social Responsibility, said people concerned about economic effects if Ameren plants close are not understanding the full range of impacts that coal plants have on their lives.

“I think people in general underestimate the effects of the environment on their health, otherwise everyone would be an environmentalist,” she said. “The people of Illinois must ask what use is it to have strong air standards if they are not enforced.”