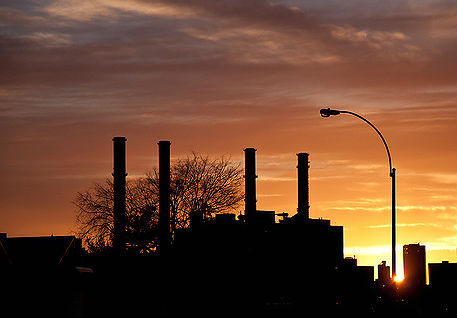 The U.S. Court of Appeals for the District of Columbia Circuit ruled 2-1 that EPA’s Cross-State Air Pollution Rule, or CSAPR, be remanded to the agency and instructed EPA to try again. In the meantime, the court left in place the Clean Air Interstate Rule, or CAIR, which the same court ruled in 2008 doesn’t do enough to protect public health.

Judge Brett Kavanaugh wrote for the majority that EPA has overstepped its Clean Air Act authority.

“In this case,” he wrote, “we conclude that EPA has transgressed statutory boundaries.”

He justified the ruling on two grounds. First, he said EPA is granted authority to require a state to reduce the emissions it produces only by the amount that drifts into another state, causing it to obtain nonattainment status. But under CSAPR, he said, EPA could require larger reductions.

“The transport rule includes or excludes an upwind state based on the amount of that upwind state’s significant contribution to a nonattainment area in a downwind state,” Kavanaugh wrote. “That much is fine. But under the rule, a state then may be required to reduce its emissions by an amount greater than the ‘significant contribution’ that brought it into the program in the first place. That much is not fine.”

Second, the judge argued that CSAPR circumvents a state’s authority to develop its own plan to reduce emissions, choosing to implement a federal plan immediately — instead of initially deferring to states’ authority.

Kavanaugh also cautioned against reading the opinion as an indictment of EPA’s intent.

“Our decision today should not be interpreted as a comment on the wisdom or policy merits of EPA’s Transport Rule,” he said, referring to CSAPR. “It is not our job to set environmental policy. Our limited but important role is to independently ensure that the agency stays within the boundaries Congress has set. EPA did not do so here.”

Judge Judith Rogers strongly disagreed, however, saying in a particularly brash 44-page dissent that the decision is “trampling” on the court’s precedent on Clean Air Act issues. Further, she said the court’s conclusion that EPA could require overly stringent emissions reductions that go beyond a state’s contribution to a neighbor’s pollution was not presented in any of the challengers’ arguments.

“Along the way, the court abandons any consideration that an agency is entitled to repose,” she wrote, “absent objection during its administrative proceedings, when a court, here on two occasion[s], expressly leaves undisturbed its two-step approach to enforcing a statute it administers.”

EPA could not comment on the ruling in time for publication.

More than a dozen states and several power companies challenged CSAPR last year. The rule covers 28 Eastern states, and the court issued a last-minute stay at the end of 2011, telling EPA to keep CAIR in place.

The court called for an expedited schedule and heard arguments about the case in April. The challengers argued CSAPR would put a strain on the country’s electric grid when plants are pulled offline or retired in order to comply with new emissions standards for nitrogen oxides (NOx), sulfur dioxide (SO2) or particulate matter limits. Under CSAPR, plants would have to either add emissions controls such as scrubbers or purchase credits from a trading system.

EPA said CSAPR would result in more than 50 percent cuts to NOx and SO2 emissions, bringing significant health benefits. The agency said it would cost the industry $800 million per year but would result in up to $280 billion in health benefits, including preventing thousands of premature deaths and asthma attacks every year.

“The importance of the ruling cannot be overstated,” said Scott Segal of the Electric Reliability Coordinating Council, a group of power-generating companies. “The court was clear in finding that EPA had overstepped its legal authority in developing the rule.”

He added the ruling is a “stern warning” to EPA about deferring to states’ authority, particularly in other areas such as the agency’s regional haze plan.

Environmentalists, who had recently cheered the same court’s decision to uphold EPA’s greenhouse gas regulations, were taken aback by the decision. John Walke of the Natural Resources Defense Council said it is a “disaster.”

“We think the dissent got the law and the court’s own precedent correct,” Walke said, noting that it took four years from the court’s 2008 ruling on CAIR until this ruling on CSAPR. It will take at least that long, he said, for EPA to develop another cross-state rule.

Speculation is already mounting over what will come next for EPA and its cross-state pollution efforts.

Walke is urging the administration to immediately appeal the decision. If the administration opts to go that route, it has three options. First, it can ask for a rehearing of the same three-judge panel, which will likely result in the same verdict. Second, it can request a hearing en banc, or of all the judges of the court.

That might be the best step forward, Walke said, particularly given that Rogers’ forceful dissent may be aimed at persuading her other colleagues to overturn the ruling.

“The dissent is one of the lengthiest and most critical I have ever seen in a D.C. [circuit court] opinion,” Walke said.

Lastly, the administration could appeal the decision to the Supreme Court.

Jeff Holmstead, a former EPA air chief under the George W. Bush administration who is now at Bracewell & Giuliani, said the ruling could spur Congress to consider reforming the Clean Air Act. One area of interest, he said, may be considering multipollutant legislation for power plants as opposed to the current single-pollutant framework.

“This would provide certainty for the power industry, which has been frustrated for years with regulatory uncertainty, and for the environmental community, which has been pushing for tighter limits on power plants,” he said.

Holmstead also hinted the ruling could be a bad omen for another EPA rule, the mercury and air toxics standards, or MATS. That regulation, which also set strict new standards for harmful pollutants, is currently being challenged in court.

“In this case, EPA overreached and came away with nothing,” he said. “The same thing may well happen with the MATS rule.”