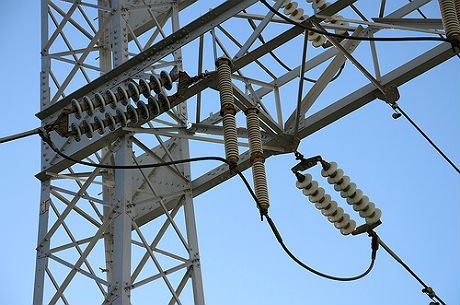 (Photo by ykanazawa1999 via Creative Commons)

Though the plan approved by MISO involves half the cost and less than half the line mileage of ATC’s proposal, critics say it is still unfair that Wisconsin ratepayers will pick up about 90 percent of the cost for infrastructure primarily serving Michigan — and specifically new hard rock mining operations in the UP.

The transmission plan still needs to be approved by the Wisconsin Public Service Commission and face regulatory scrutiny in Michigan. The Wisconsin commission will consider the plan when ATC files a request, likely sometime next year.

A ‘no regrets’ option

About a year ago, ATC proposed more than a billion dollars’ worth of new transmission infrastructure serving the UP. In March it asked MISO for expedited review, citing the need to avoid blackouts like one in May 2011 caused by lightning that knocked out 495 MW of power to a large area.

MISO studied the request and considered comments from stakeholders, who urged caution and questioned the need for so much new transmission infrastructure. MISO’s planning committee pushed ATC to revise its proposal, resulting in a $566 million plan. MISO developed its own further scaled-down $280 million recommendation, which was discussed in a MISO committee meeting Wednesday and approved unanimously by the MISO board of directors Thursday.

During the committee meeting, MISO planning director Jeff Webb described the MISO proposal as a “no regrets” option that will meet the most urgent needs while allowing time for more study. In the long term, he said, ATC’s proposal may still be implemented, and no expense will have been wasted since the “no regrets” plan simply includes components of the ATC plan.

Area power companies including We Energies, Xcel Energy and Otter Tail Power filed comments in favor of the MISO plan. The Citizens Utility Board (CUB) of Wisconsin and the Environmental Law and Policy Center (ELPC) officially opposed both ATC’s plan and MISO’s scaled-down recommendation, because of the cost allocation structure.

“Our primary concern is to make sure the costs are allocated fairly – that we’re not subsidizing mining operations,” said ELPC staff attorney Justin Vickers.  “We think that the cost delegation by law should go to the cost-causers, the mining operations. We think what MISO approved does not comply with what the court says is the law.”

During the planning systems committee meeting, MISO officials acknowledged that without new mining operations, load growth in the UP is expected to remain flat, and significant new transmission is not necessarily needed.

Under MISO policies, Wisconsin ratepayers will pay for 80 percent of the project cost plus a portion of the remaining cost distributed across the MISO footprint that includes both Michigan and Wisconsin.

“ATC’s argument has been Michigan residents have been paying for a portion of Wisconsin projects for years, so this is only fair,” said Loehr. “But we’d like to see the numbers on to what degree Michigan has paid for Wisconsin…$280 million is far scaled down from $1.2 billion where this project started, but it’s still hundreds of millions of dollars. If it’s not benefiting the citizens of Wisconsin, they shouldn’t pay for it.”

The ATC plan is called the Morgan Green Bay project in MISO’s proceedings and identified as the Bay Lake Project on ATC’s website.

During the committee meeting Webb noted that many citizens expressed concerns about MISO giving approval for a project out-of-cycle, and he said this project has actually drawn more public input and scrutiny than most proposals that are reviewed within the normal schedule.

Vickers said the ELPC objects to MISO granting the project out-of-cycle review, which he said only bumped the timeline up by a few months. “This line won’t be constructed until 2016, so MISO should really have gone through the normal channels here,” he said.

Critics, including the ELPC and the Natural Resources Defense Council, also asked MISO to more seriously consider other alternatives to meet or reduce energy needs, including increased energy efficiency and distributed generation.

MISO’s committee report notes that new generation can be considered as an alternative to new transmission lines, but in this case there was no new generation planned.

“How could you change things so there is lower load growth, could you do it more efficiently than a transmission upgrade?” asked John Moore, senior attorney of the NRDC’s Sustainable FERC project. “This is a perfect example of how states like Wisconsin and Michigan should be working together to figure out the most cost-effective way to meet a perceived need.”

The ELPC, NRDC, and CUB Wisconsin are members of RE-AMP, which also publishes Midwest Energy News.