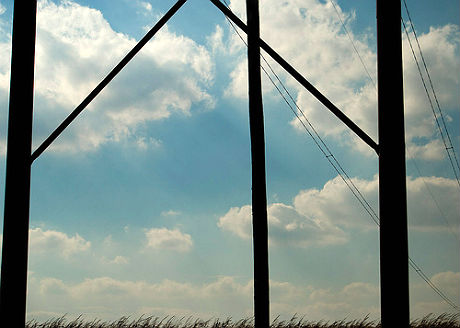 With several ambitious transmission projects being proposed or planned in Iowa, the state’s utility board is taking stock of the major projects in a workshop today.

Wind development has slowed in Iowa lately, in part due to transmission bottlenecks. In response, utilities and developers are working on hundreds of miles of new high-voltage power lines aimed at moving wind power to customers in and outside the state.

The Iowa Utilities Board has been collecting information on the projects more than 50 miles long and 345 kV. They include the following:

These lines in north-central Iowa and southwest Minnesota are among 17 so-called “multi-value projects,” or MVPs, approved by the region’s electricity grid operator, MISO, in December. MVPs are lines in which the benefits, and the costs, are shared more broadly than traditional transmission projects. The 214-mile project will be built, owned and operated by MidAmerican Energy and ITC Midwest.

They’re expected to alleviate congestion at 19 points on the grid and provide a better east-west connection for sending Iowa and Minnesota wind power to Illinois and Wisconsin. The lines would be built in the vicinity of several proposed wind farms, some of which are held up due to lack of transmission capacity.

Update: The original version of this story referred to the Lakefield-Hazelton and Sheldon-Webster by their former names, which were recently updated to reflect the latest route plans.

This 71-mile transmission project is “a key reinforcement” for an area experiencing congestion between Iowa and Missouri, according to MidAmerican Energy, which will again split this project with ITC Midwest. The line is also among the 17 MVP projects approved by MISO late last year.

It would run from Ottumwa, in southeastern Iowa, to Adair, Missouri. From there, the project would link up with another string of power lines planned to run across central Illinois to the Indiana border. In addition to relieving congestion, the project would enable new wind development along the corridor as well.

The line has yet to gain approval from Iowa or Missouri regulators.

This Illinois transmission project will benefit Iowa even though it won’t cross the Mississippi River. The Oak Grove-Fargo Line (that’s Fargo, Illinois), will connect two Illinois transmission facilities that are each directly connected to Iowa facilities.The $69 million project would be a collaboration between MidAmerican Energy and Ameren Illinois.

Another MVP project, the Oak Grove-Fargo Line would mitigate 25 constraints, according to MISO. It will also add capacity between Iowa and west-central Illinois and enable new generation. No in-service data has been projected, nor have hearings been scheduled in Iowa or Illinois. Ameren will also need to build new facilities in Illinois before the line can be built.

This project would link wind farms in the Midwest MISO grid to customers on the eastern PJM grid in Illinois. The concept grew out of a 2010 transmission study sponsored by a group of Midwest utilities. It’s being developed by a joint-venture between MidAmerican Energy and Electric Transmission America.

Two routes are under consideration, one about 235 miles and the other 265. MidAmerican anticipates that most of the power it carries would be wind, though the amount needs to be studied. Capital costs are estimated to be between $500 million and $800 million depending on route, voltage and other variables.

In 2009, ITC Holdings unveiled a concept for a $12 billion, 3,000-mile high-voltage transmission line network that would span the Dakotas, Minnesota, Iowa, Wisconsin, Illinois and Indiana. FERC approved the rate structure, but now the project may be redundant. The developer said it expects MISO’s MVP projects in Iowa will provide “the functional equivalent” that the Green Power Express would have.

Wind on Rails, Inc., was founded by a wind developer and land holding company that’s acquired 450 miles of continuous railroad right-of-way once owned by the Chicago and Rock Island Railroad. Its plan is to build a high-voltage, direct current, or DC, line from Council Bluffs, Iowa, to Joliet, Illinois.

The company is exploring the ability to carry 5,000 megawatts of wind power. The company hasn’t secured financing yet, nor has it filed papers with FERC, Iowa or Illinois regulators.

As we reported last year, the Rock Island Clean Line aims to bust up a wind bottleneck in northwestern Iowa and the surrounding area. The project would be a 500-mile DC line from O’Brien County, Iowa, to the Chicago area, where it would tap into the PJM grid. The developer hopes to begin construction in 2014 with service starting in 2016. Cost is estimated at $1.7 billion.