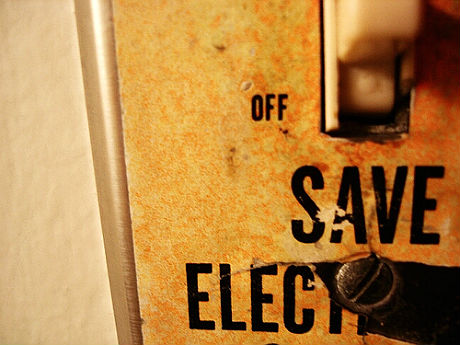 Every time Tim Pulliam and Steve Morse drive by the sprawling Ford Wayne Assembly Plant, they have to laugh just a little bit.

The complex parking lot features rows upon rows of light poles, each containing high-pressure sodium, thousand-watt bulbs — all left on during the day. And at the end of the campus sits one solar array that would offset a few light poles.

Not very efficient — especially in a time of austerity in all businesses great and small. But Pulliam and Morse, co-founders of Keen Technical Solutions in Traverse City, Michigan, are much too busy to worry about inefficiency at the Ford plant, which is not a client of theirs.

What they can do, however, is save money for clients at a different end of the automobile chain — in the showroom. Auto dealerships represent almost half the customers for the four-year-old company, which makes energy-saving improvements in buildings.

What they are doing seems to be working, as Keen was named by Inc. Magazine as one of the 500 fastest growing private companies in the United States. It was ranked first in Michigan (out of 9 Michigan companies), number 60 nationwide and sixth out of all the energy-sector companies.

Businesses like Keen are in demand as companies look for ways to save energy and make use of tax incentive programs and utility rebates. In fact, Pulliam said, everybody seems to want a piece of the energy-efficiency action these days.

What Pulliam and Morse say sets them apart, though — and the reason behind Inc. Magazine’s recognition — is both their aggressive approach to sales and a deep understanding of the field. Pulliam and Morse launched the company in 2008 after sensing a lot of frustration that energy efficiency was being talked about a great deal, and new experts were being trained at Northwest Michigan College, where Morse taught, but nobody was taking action.

Businesses were taking advantage of free energy-efficiency audits, but then these audits would gather dust on shelves. “So we saw this opportunity where a lot of people had these ideas of what should be done, but technically they were still very devoid of real answers, of guarantees, of things that set their minds at ease on what it’s going to take and how it’s going to affect their facility or process,” Pulliam said.

What was also lacking was a good understanding among businesses of how to capitalize on the tax incentives and rebate programs.

That’s where Keen found its niche, in cutting through the red tape for businesses. And it worked. Inc. Magazine reported that Keen finished 2011 with $4.2 million in revenue, growing 4,101 percent over three years.

Keen handles energy efficiency revamps for commercial, retail, and hospitality businesses, and lately a good share of their volume comes from automobile dealerships. Chuck Downey, Keen’s director of strategic planning, said many automobile companies are telling their dealerships they must upgrade and modernize in order to stay alive.

Pulliam says the key is making the changes effortless for employees.

“When your job at the end of the day is to push as many widgets out the door, or sell as many cars off the lot as you can, you need to focus on that,” Pulliam said. “What they don’t focus on is saving energy. We know that we can’t change the culture, so we focus on things that we can easily do without sacrificing or compromising the way they do business every day or their ability to make money.”

Irene Dimitry, executive director of energy efficiency and renewables at DTE Energy, said the utility recently did a pilot program with an auto dealership that simply added LED lights and motion sensors, saving between 60 and 80 percent on lighting alone.

Dimitry said DTE counts on companies like Keen to get the word out about energy-efficiency rebates. “We absolutely rely on our trade allies, or partners, to help get the word out because they are already talking to customers who are in the mindset of being interested in investing in energy efficiency.”

Michigan legislation passed in 2008 requires utilities to save 1 percent in electricity sales per year. 2012, she said, will be the first year the rebate programs have ramped up enough to meet that requirement.

On the federal level, rebates are driven largely by the Energy Policy Act of 2005, which offers tax deductions of up to 60 cents per square foot for new energy-efficient HVAC (heating, ventilation and air conditioning) and lighting. While Keen does not use the rebates as their sole sales pitch, the company helps put together these rebate packages.

Keen recently put together a package for a large Midwestern steel company with distribution centers in Illinois, Michigan and Ohio. The company spent $144,263 on upgrades, and will nearly recover that full amount in energy savings the first year. In addition, the company will receive $50,000 in rebates from its utility, plus $48,000 in tax incentives.

Keen also does a great deal of business with hospitality companies, helping them save energy on everything from laundry costs to guest electricity use.

To Pulliam, 38, making Inc. Magazine’s list is an entrepreneur’s dream come true — especially since four years ago he and Morse, 41, took a big chance and quit their secure day jobs to take a chance on this energy-efficiency experiment.

The company’s quick growth seems to prove the concept. Downey, Keen’s director of strategic planning, said that while renewable energy is being perfected, Keen has placed itself precisely where the energy industry is today.

“We think wind is great, we think solar is great, but that’s generating electricity,” Downey said. “We want to look at what can you do to be more efficient with the energy you’re using. That’s where we really come in and that is today’s world — not the world of renewables, which is the future.”