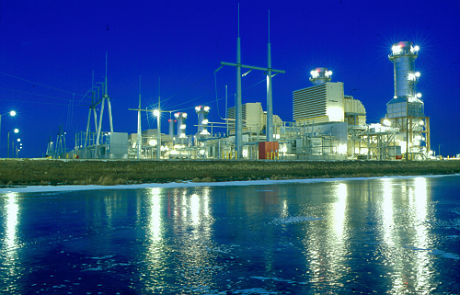 Dominion Resources’ plan to shed 4,000 megawatts from its merchant power portfolio by next year illustrates just how dramatically electricity markets have changed in an era of tightening regulation, volatile fuel prices and a sluggish economy.

The Richmond, Va.-based company, which provides rate-based electricity to customers in Virginia and North Carolina and sells wholesale power to other utilities in the eastern United States through the PJM Interconnection, announced on Sept. 6 it would unload three of its largest merchant power plants as it retools itself from one of the nation’s largest sellers of wholesale power into a more traditional, homegrown utility.

The plants to be sold are the 1,537 MW Brayton Point Power Station in Somerset, Mass., the largest coal plant in New England, and two facilities in Illinois: the 1,158 MW coal-burning Kincaid Power Station near Springfield and the 1,350 MW Elwood Power Station outside Chicago, fired with natural gas.

Company officials say the planned sell-off stems from Dominion’s decision to shift resources away from merchant generation and toward its regulated markets in the mid-Atlantic region.

“These are excellent, well-operating and well-maintained facilities,” Dominion Chairman, President and CEO Tom Farrell II said in a statement announcing the sale, noting that the plants have undergone extensive upgrades and retrofits to make them comply with current and pending federal environmental regulations.

However, Farrell continued, the company must make decisions that “fit strategically and support our objectives to improve return on invested capital and shareholder value. We believe the sale of these assets and the redeployment of capital to our regulated businesses is the best path forward for shareholders.”

A ‘confluence’ of pressures

Among these are low gas prices sparked by the technological advancements in oil and gas drilling, and government policies promoting renewables and energy efficiency. Finally, new regulations targeting coal-fired power plant emissions have required significant upgrades in coal plants, making it difficult for their owners to make money. Even for merchant companies looking to build new gas-fired generation to replace coal, the lack of a sure return on investment makes the business challenging.

The pressures extend well beyond Dominion, too. Experts say dozens of utilities are up against difficult choices about what to do with their large, increasingly uneconomical coal plants.

“We have seen a lot of power companies trying to rejigger their generation mix between regulated power assets and merchant power assets,” said Cynthia Pross, a senior electricity market analyst with IHS Inc. in Norwalk, Conn. “This has been a major trend.”

Ohio-based FirstEnergy, with rate-based utility operations in five states, announced last month that it would idle its massive W.H. Sammis coal plant in Stratton, Ohio, citing soft electricity demand and stiff competition from gas-fired generators that have driven down wholesale electricity prices to as little as 4 cents per kilowatt-hour.

Additionally, FirstEnergy has sought to transfer ownership of about 1,600 MW of coal-fired electricity in West Virginia from its nonregulated subsidiary FirstEnergy Solutions to rate-based utility Mon Power, which operates in a regulated market where the company can recover some costs through ratepayers if the economics around coal sour further.

Utility officials have said the transfer also benefits Mon Power customers by shoring up electricity supply in the northern part of the state.

In Dominion’s case, the company is seeking to “flip” its generation assets, from a mix of 80 percent merchant power and 20 percent rate-based generation in 2006 to an 80-20 ratio of rate-based to merchant generation by 2013.

Dominion previously announced it would shutter another New England fossil plant, the coal- and oil-fired Salem Harbor Power Station in northeast Massachusetts, by 2014. The 61-year-old plant site will find new life under new owner Footprint Power LLC, which last month announced it would build a 630 MW gas plant on the site by 2016.

Another of Dominion’s legacy coal plants, the 83-year-old State Line Power Station in Hammond, Ind., ceased operations in March after the utility determined it was no longer economical to operate. In July, the plant was sold to BTU Solutions, a Texas firm that specializes in refurbishing and demolishing retired power plants.

Farrell, the Dominion CEO, addressing a Barclays Capital energy forum this month, told investors and analysts that the company is not shrinking away from new power generation.

In fact, Dominion has invested several billion dollars to build 2,300 MW of new generation in its own backyard, including the recently completed Virginia City Hybrid Energy Center, a “clean coal” plant that relies on circulating fluidized bed technology to burn coal and biomass fuel. And over the next few years Dominion plans to add several thousand more megawatts of rate-based generation for customers in Virginia.

At the same time, Dominion has opted to close some of its older, dirtier coal units, to meet tightening U.S. EPA regulations on coal emissions. These include the 595 MW Chesapeake Energy Center and 325 MW of coal generation at its Yorktown Power Station, both of which supply electricity to the southern Virginia grid. Another 74 MW coal unit in Bayard, W.Va., also will be retired to help meet air quality goals around Shenandoah National Park, company officials said.

Large plants with little work to do

But while Dominion has made essential investments to its generation assets at home, there remain on its books dozens of unregulated power units that soak up operational and maintenance dollars while offering a much smaller rate of return than in the early 2000s, when deregulation of electricity markets was thought to be the wave of the future.

Dan Genest, a Dominion spokesman, said the Brayton Point plant in Massachusetts is operating at about 30 percent of its capacity today. That compares with a roughly 90 percent capacity factor when the company purchased the plant just seven years ago from Pacific Gas & Electric Co.

The lower capacity factor means Dominion will sell significantly less power from Brayton Point, even as it seeks to recover some of the estimated $1.1 billion spent on environmental upgrades done since the plant joined Dominion’s merchant fleet. Among the investments were $570 million to build two massive water cooling towers that will reduce thermal impacts to adjacent Mount Hope Bay and an ash recovery system that dramatically reduces the plant’s carbon emissions.

Genest stressed that Brayton Point’s large size and peak condition should make it attractive to prospective buyers, noting the plant will fully comply with all new federal regulations concerning emissions. “Whoever buys this [plant] would not have to spend millions and millions of dollars” to improve its environmental performance, he said.

Yet some groups, including the Boston-based Conservation Law Foundation, have argued that plants like Brayton Point should be relegated to the scrap heap as new forms of energy effectively replace coal-fired generation.

The group notes on its website that in 2011 coal accounted for just 8 percent of New England’s total energy use, but coal plants like Brayton Point still emitted more than 8 million tons of CO2 in Massachusetts alone.

“Brayton Point is already faltering as a result of historic lows in natural gas prices, the rising costs of coal and reduced electricity demand,” the group said. “The writing is on the wall, and the time to mobilize is now.”

But others see a glimmer of hope for coal, citing last month’s federal court ruling that overturned EPA’s Cross-State Air Pollution Rule that would have required deeper cuts in air pollution emissions from power plants in 28 Eastern states.

Pross, the IHS market analyst, acknowledged that the sale of Dominion’s largest coal plants — like Brayton Point and Kincaid — may prove difficult under current conditions. But, she added, there’s always the possibility that a new player will emerge in the PJM Interconnection market, or an existing operator may seek to consolidate its market share by purchasing new plants.

“These companies are all positioned to take advantage of any upsides in the market,” she said. “That hasn’t happened primarily due to the poor economy and low gas prices.”

A shift in either trend could be the tonic that puts merchant power providers back in the game.