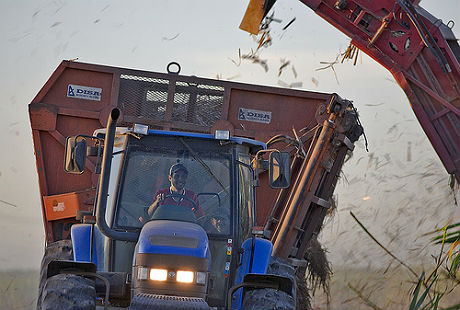 Scientists are refining answers to the impacts of turning plants into energy.

A Michigan-led team of researchers from four nations are studying the best ways to increase the production of cleaner fuels like ethanol and biodiesel.

In years to come, they hope to develop policies for the U.S., Mexico, Argentina and Brazil that will maximize the benefits and minimize social and environmental costs associated with renewable energy development.

“Our study is unique in its integration across social and ecological systems and in its cross-national comparative framework,” said Halvorsen, a professor of natural resource policy at Michigan Technological University.

She’s working with more than 30 other researchers from the U.S., Mexico, Argentina and Brazil on the five-year, $4.8 million study, funded with a grant from the National Science Foundation. The money is from the foundation’s Partnerships in International Research and Education program, also known as PIRE.

All four countries have policy goals of increasing sustainable biofuel production. In the U.S., a Renewable Fuel Standard is requiring about 40 percent of the corn crop to be converted into biofuel for ethanol this year, causing a stir in the food and feed market, according to a Reuters report.

Brazil, meanwhile, could increase exports of ethanol to the U.S., but has its own mandates to contend with, The Financial Times notes.

The study will look at which fuels and fuel sources would be the most sustainable choices, from trees to sugarcane, soybeans, palm tree nuts and corn, according to a Michigan Tech spokeswoman. The focus will be on biofuels harvested by converting forests to agricultural land.

The study aims to develop recommended policies for regional, national and international use in sustainable energy development.

“We expect to be able to make recommendations as to policy improvement,” Halvorsen says. “Policymakers tend to draw from science if they see a problem they want to fix.”

Current U.S. policy has been called into question for side effects like net increases in greenhouse gas emissions from biofuels and impacts to farmland used for growing food crops.

The new study’s first year will be spent identifying field sites and collecting initial information. An ecological subteam will study one site per year; socioeconomic, metrics, and policy subteams will focus their data collection and analysis during years one through three, according to the professor. Years four and five will focus on integration across the subteams and publication of the findings.

The leading researcher says she’s not ready to say which biofuels may hold the most promise.

“We expect that the sustainability of biofuel depends upon the feedstock type and context and that our integrated study may reveal unexpected synergies between impacts.”

She added, “I view cellulosic ethanol as promising, depending upon the context and feedstock.”

What does it all mean for motorists pumping gas that’s near $4 a gallon in the Midwest in the wake of Hurricane Isaac and refinery upgrades?