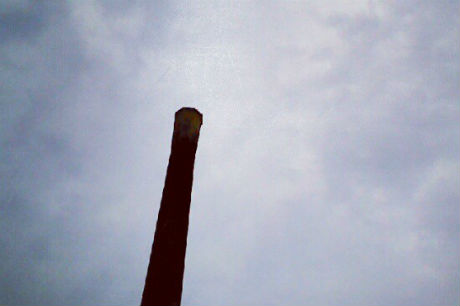 (Photo by jmcunnin2000 via Creative Commons)

In filings and during an August hearing before the state board, Ameren and mayors and business officials who supported the company had said the requirements would cost jobs by forcing the company to shut down one or more of its coal-fired power plants in Illinois. Environmental and health groups said that by asking for the variance Ameren was breaking a promise and increasing health risks for area residents.

In 2006, the state imposed relatively strict emissions limits on coal-fired power plants, negotiating the exact terms with individual companies. Ameren was awarded extra time to meet the new state limits on mercury since it promised it would install top-tier sulfur dioxide controls, which also remove mercury.

Now, opponents say, Ameren is not keeping up its end of the deal. And they worry the pollution board ruling in Ameren’s favor will encourage other companies to take the state rules less seriously.

“The Ameren loophole is unfair to their competitors, who are on schedule to install their controls,” said Illinois Sierra Club director Jack Darin. “We should not be punishing those who are meeting their deadlines, creating jobs installing controls, and cutting their emissions.  Nor should we be sending signals that they should seek their own loophole and stop delivering those benefits to Illinois.”

Ameren spokesman Brian Bretsch said the company was still reviewing the board decision, but “at first blush it appears that the Pollution Control Board has substantially granted our request.  This decision is critical to our employees and the local communities surrounding our energy centers.  We appreciate all that supported our request.”

In a statement, Environmental Law and Policy Center attorney Faith Bugel said: “The board charged with upholding Illinois’ environmental standards has thrown a lifeline to highly-polluting coal plants. Today’s decision undercuts the state’s groundbreaking multi-pollutant standard and creates a disincentive to comply with the standard.”

The Sierra Club and ELPC are members of RE-AMP, which also publishes Midwest Energy News.

Ameren opponents had also argued that the Ameren coal plants are in financial trouble because of competition from electricity generated by cheap natural gas. So, they say, Ameren should not blame or try to skirt environmental regulations.

Under its deal with the state, Ameren was required to install sulfur dioxide controls by 2015; now it has until December 2019 to do so. Critics think plants in question will likely be closed before then because of market forces, and Ameren is just trying to squeeze more revenue out of them with little intention of installing the controls.

Sulfur dioxide, which interacts with other compounds to form particulate matter in the atmosphere, is known to contribute to respiratory and cardiac disease and other health problems. It also causes acid rain. The exemption for Ameren also essentially means it is being allowed to emit more mercury than it could have under either the original state requirements or the deal it struck with the state.

“Cutting emissions means paychecks for construction workers and business for pollution control contractors,” he said. “The Ameren loophole freezes those investments and delays job creation.  Rather than threatening their workers, and holding our health hostage, Ameren should invest in our communities and a cleaner future. “