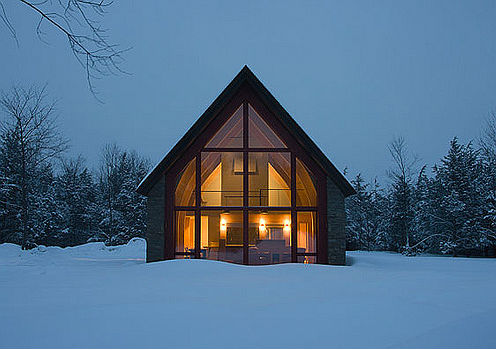 (Photo by BASF via Creative Commons)

Retrofitting buildings to improve energy efficiency typically pays off financially for owners because they save long term on heating and cooling. Yet when utilities offer efficiency programs, fewer than 0.1 percent of customers typically take them up on it.

“People are scratching their heads that with all these programs and rebates and interest in getting the work done, why isn’t it happening?” said Amanda Woodrum, a researcher at Policy Matters Ohio.

The answer can be gleaned from economics 101, she said. “The basic premise of economics is that if people have the information they need, they’ll make smart choices,” Woodrum said. The solution is equally simple, at least in theory: give them the information.

When it comes to energy efficiency, potential renters and buyers don’t usually have the information they need about a building’s energy usage, so it’s difficult to factor into decisions about whether to rent or buy.  That’s a market failure, and a policy that requires building owners to disclose their building’s energy use could remedy it.

Energy-disclosure policies should be popular in budget-strapped Midwestern cities because they cost little to implement, Woodrum said.

And there’s good evidence that they work, she added. Energy-disclosure policies have boosted energy efficiency efforts in several cities and states, according to the Policy Matters Ohio report.

In Austin, Texas, a 2008 law made energy audits a must for homes and apartments older than 10 years old, and it required that the results be disclosed to potential buyers, tenants, and the local municipal utility. In addition, buildings that use more than one and a half times as much energy as a typical building their size are required to disclose this information, and to cut their energy use by 20 percent. The municipal utility, Austin Energy, chips in by giving building owners with low-cost loans and rebates.

The result: more than 4,000 homes have been audited and 40 percent of commercial buildings have been rated for energy efficiency. Participation, the report said, is “significantly up.”

Similarly, in Washington state, commercial buildings must be rated for energy efficiency and those ratings must be disclosed when the building is up for sale or lease. The city of Seattle went further, requiring all building owners to report their building’s energy rating to the city and apartment building owners to disclose it to potential tenants before they sign a lease. The city saves an estimated 47 million kilowatt-hours each year—enough to heat more than 4000 average American homes. And 150 new jobs were created, Policy Matters Ohio reported.

In the Midwest, Woodrum is already helping develop an energy disclosure policy for Oberlin, Ohio, as part of a push by the city toward renewable energy. Oberlin is in the midst of a broad push toward sustainability, and their goal is to become “the greenest little city in America,” Woodrum said.

Cleveland, still recovering from the 2001 recession, has begun looking to sustainability to help jump-start the economy, Woodrum said. “Some of the stakeholders [in Cleveland] are starting to recognize that you really have to jump-start the efficiency market with an energy–disclosure policy,” Woodrum said.

Energy disclosure could work in a variety of cities, regardless of size or politics, she added.

“We have a lot of cities engaged in sustainability … but they don’t necessarily have budgets right now because they’re hurting.” Energy disclosure policies. she said, are affordable and effective.