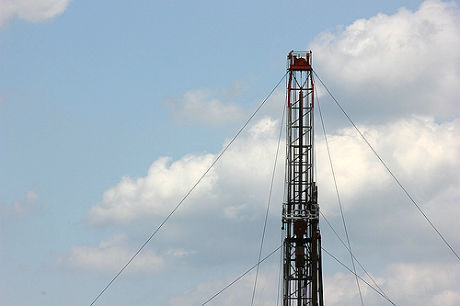 Second in a three-part series. See part one here.

For more than two years, the Environmental Defense Fund has been seeking to line up state regulators and energy companies behind a model regulatory framework for shale gas and oil development that protects underground drinking water supplies and public health.

The project is still a draft. EDF senior policy adviser Scott Anderson says the organization hopes to release the model rules for well construction and fracking by the end of the year.

But EDF’s search for regulatory consensus has pulled it into scarred political terrain, where some environmental groups oppose hydraulic fracturing outright and many industry and state officials challenge any moves to standardize regulation and oversight of a game-changing energy frontier.

EDF has doggedly refined and recirculated its model plan among state regulators, and Anderson says he’s still in no rush to publish if more time yields more support. Based on positive responses from regulators in a few states — Arkansas, Montana, Texas and Ohio — Anderson said he is fairly optimistic that state backing will emerge and grow.

“At this juncture, regulators in all of the states are interested in taking a look at ideas for improving their well construction regulations. That doesn’t mean they’ll all fall in love with our proposals,” Anderson added.

On industry’s side, only EDF’s original partner, Houston-based shale developer Southwestern Energy, has signed its name to the project so far.

The organization’s effort to expand the lonely middle ground in the debate got an endorsement in August from Bloomberg Philanthropies, backed by a $6 million, three-year research grant.

“Here’s the truth on natural gas: The environmentalists who oppose all fracking are wrong, and the drillers who claim that regulation will kill the industry are wrong,” said New York City Mayor Michael Bloomberg, whose foundation made the grant.

“What we need to do is make sure that the gas is extracted carefully and in the right places, and that has to be done through strong, responsible regulation,” Bloomberg said.

But EDF faces head winds of state hegemony over shale gas and oil. Governors, lawmakers and drillers say the geological variations of shale plays mandate state-by-state rules. The 2005 Energy Policy Act gave responsibility over fracking to the states, which are set on keeping it. Michael Krancer, the combative secretary of Pennsylvania’s Department of Environmental Protection, told a House subcommittee this spring, “There is no question that states can do and are doing a better job regulating the oil and gas extraction technique of hydraulic fracturing within their borders than the federal government could do.”

“It’s very challenging to write a single set of rules that is both rigorous and flexible, to cover the huge variety of situations” in the shale plays, Anderson acknowledged.

EDF has developed seven performance objectives covering drilling, well construction and fracking, including the pivotal cementing operations that are required to isolate underground drinking water aquifers from intrusion by hydrocarbons and fracking chemicals. At critical points in well construction, drillers are required to surround the drill pipe with long sleeves of concrete to prevent migration of gas or chemicals. “One of the biggest challenges — maybe the biggest — is getting a good cement job,” Anderson said.

There is a big disparity in how individual states regulate this process. All say they do it well. EDF contends that its regulatory framework is the way to ensure the job is done right every time.

One example concerns the risk that concrete sleeves could be compromised by “puffs” of stray gas that penetrate the concrete before it hardens, leaving pathways for contaminants to infiltrate aquifers, Anderson said. “Northern Pennsylvania is known for having lots of instances of this challenge,” he said.

The threat arises from small zones of gas too limited to be worth producing. Yet these zones also need to be walled off with concrete sleeves to ensure well integrity, Anderson said.

Today, that risk isn’t getting enough attention, he added. “Reasonable minds could differ on this, but none of the [state] regulations I’m aware of address this problem in as particular a way as we have.”

Testing the integrity of cementing operations can reveal whether weaknesses in cement sleeves have formed. But here, too, states and industry representatives don’t welcome attempts to standardize the process, as the debate over proposed fracking rules on federal lands attests.

The federal Bureau of Land Management’s proposed rules for shale gas and oil wells would require drillers to perform a test called a cement bond log (CBL) on the initial cement sleeve surrounding the topmost string of pipe. Drillers would have to submit the test results to BLM before commencing fracking operations.

BLM says the logs reveal results from sonic probes of the well bore, detecting voids that remain in the cement, and would enable BLM staff to verify that the cement job was properly done. The log tests typically are an optional practice, BLM says.

Richard Ranger, senior policy adviser with the American Petroleum Institute, said the industry has had many discussions of the issue with BLM.

“There are various methods taken by operators, in consultation with state regulatory officials, to establish and demonstrate well integrity. The concern that industry has about establishing CBL as a federal requirement is, it shifts from a practice that ought to be considered for application to a compliance requirement that is going to be employed in every instance.

“That is neither reasonable, nor required in every case,” he said.

“If you’re dealing with the 40th well in the same field through the same strata sequence with the same cement mixture, process timing and so forth, very often operators wind up accepting a pressure test” rather than a CBL, Ranger said.

The proposed BLM regulations, in fact, do permit the use of alternative tests instead of a CBL to verify the integrity of cement jobs.

But the industry still objects, Ranger said. “The guidelines for variances, we thought, were unclear, and the possibility presented itself there could be inconsistencies in approaches to variances by BLM,” he said. “We accept the importance of ensuring well integrity. We think there needs to be more flexibility provided for informed judgment in the field.

“The scientific basis for this rule has not been shown,” Ranger continued. The strong safety record of state-regulated drilling supports the view that present practices are working, he added. “States have devoted boots on the ground. They have a strong public interest in ensuring that drilling occurs safely and in an environmentally satisfactory manner.”

Mark Brownstein, chief counsel of EDF’s energy program, says his organization recognizes the diversity argument. “Geology differs. Obviously, it does,” he said. “A lot of the expertise for regulation of oil and gas is at the state level. So it is appropriate to customize regulations for the state and the regions. We’re working with that process.

“We are also getting at the fundamental question of how the industry is being regulated and what do we need to do to revise and strengthen those regulations, and secure the necessary resources for implementation and enforcement,” he said.

Environmental groups, and some in the public, are concerned that regulators have a pro-industry bias that could infect safety oversight, Anderson said. “The only way for agencies to overcome that is to demonstrate that they’re doing a good job of tending to their business. They need strong rules, strong enforcement and lots of transparency, so people can tell what’s going on.”