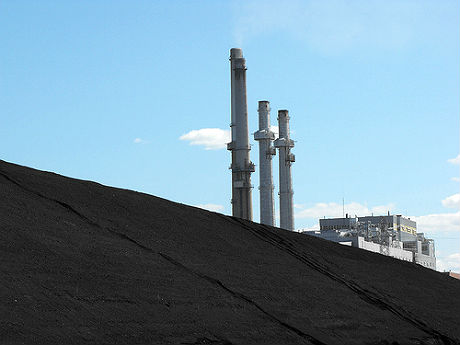 The Will County Generating Station is among four power plants targeted in an Illinois coal ash lawsuit. (Photo by Darius Norvilas via Creative Commons)

Four environmental groups have filed a legal action to force Midwest Generation to clean up groundwater that they say was polluted by leaking coal ash ponds at four of the company’s Illinois power plants.

The four groups—the Environmental Law and Policy Center, the Environmental Integrity Project, Prairie Rivers Network, and Citizens Against Ruining the Environment, a grass-roots organization based in Will County, Illinois— accuse the company of violating state laws governing solid waste disposal and water pollution, and want the Illinois Pollution Control Board to force them to clean up the groundwater at all four sites.

The ELPC and Prairie Rivers Network are members of RE-AMP, which also publishes Midwest Energy News.

Midwest Generation “has been profiting and hasn’t been investing in the best pollution control technologies,” says Traci Barkley, a water resources scientist at the Prairie Rivers Network, a Champaign, Illinois-based river conservation group. Better waste disposal “should have been part of the cost of doing business for all these years,” Barkley says.

Since it wasn’t, she adds, it’s time for Midwest Generation, which established the coal ash ponds, “to pay to close them properly and clean them up.”

In a statement, Midwest Generation said “We have not been served with the complaint, but from what we have seen, it raises nothing new. We will be prepared to defend our operations vigorously against parties who have long sought any avenue to try to close down coal-fired power plants.”

When power plants burn coal, they generated large amounts of ash, which contains potentially dangerous levels of toxic chemicals like arsenic, selenium and cadmium. This ash is has been dumped for decades into impoundments called coal ash ponds.

Before the huge coal ash spill at the Kingston Fossil Plant in, Kingston, Tennessee, became national news in 2008, the Illinois Environmental Protection Agency did not routinely require groundwater monitoring near the coal ash ponds, and “most of those facilities were not doing it on their own,” Barkley said.

After the Kingston spill, Pat Quinn, then lieutenant governor and now governor of Illinois, asked the Illinois EPA to investigate coal ash ponds and determine the risks of groundwater contamination from the ones that were leaking.

The agency investigated 83 coal ash impoundments at 24 sites around Illinois, Barkley said. The results showed that impoundments didn’t have liners, that groundwater nearby was not being monitored, and that dams were not being inspected for safety or stability, and that most of the coal ash ponds were not lined, jeopardizing groundwater. The agency now has data on 22 of 24 sites, and the groundwater at all of those sites is contaminated with coal ash pollutants, Barkley said.

Following that initial investigation, the Illinois EPA began requiring power plant owners to monitor coal ash ponds and submit data to the agency. The Environmental Integrity Project investigated Midwest Generation’s monitoring reports to the Illinois EPA. The group said in a press release that its investigation documented hundreds of instances where groundwater levels of toxic chemicals such as arsenic, selenium and boron near the coal ash ponds exceeded federal and state drinking water standards.

Midwest Generation did not make a spokesperson available Thursday afternoon to respond to the groups’ more specific allegations.

The environmentalists are clear on what they’re after. “What we want to see come from this is that they stop disposing of ash at all four sites. We want them to stop sending their waste there and to clean up contaminated groundwater,” Barkley said.