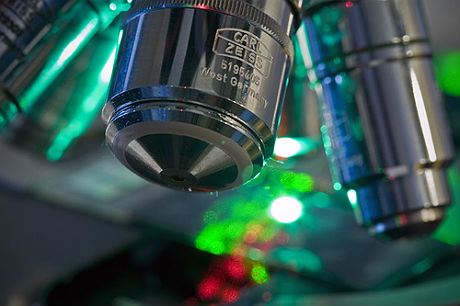 Purdue University associate professor Richard Meilan is striving to develop a poplar tree that grows more quickly and can be more easily converted to biofuel than the average member of the genus Populus. It also must be able to reproduce vegetatively – growing roots from a fragment of trunk – and it must not reproduce sexually, with seeds and flowers.

Meilan’s quest is one of many complicated steps being taken by researchers nationwide in hopes of developing profitable second-generation biofuels.

Meilan was among the scientists pitching projects last week at a “Tech Showcase” sponsored by the Clean Energy Trust in Chicago.  The presenters were floating pitches meant to attract venture capital funding or other investors for complicated undertakings which they say will be key to developing advanced biofuels, batteries, and other innovations.

The presentations at the University of Chicago Business School gave a small but revealing window into just how many technological challenges – and, an optimist might say, opportunities – lie on the road to a society powered largely by electric or biofuel vehicles and planes, a smart grid and highly efficient appliances and energy systems. Every headline-making development in clean energy is likely contingent upon a host of smaller inventions and innovations.

The development of these crucial components – often described in formulas and diagrams inscrutable to the layman – depends not just on their ingenuity but in the developers’ ability to market the ideas to venture capitalists, government funders or other entities willing to invest in the early stages of research and development.

“People need to take risks not only on the technologies themselves but on how to bring them to market,” said moderator Tracy Warren at the panel discussion following the venture capital road show-style pitches. Warren is a general partner with Battelle Ventures, which manages laboratories for the U.S. Department of Energy.

That’s where Meilan hopes his poplars can make second generation biofuels more affordable. The value of fast-growing biofuel feedstock is obvious, but those plants and must also be able to be efficiently converted into fuel.

Meilan described how a gene from maize dubbed Corngrass1 has in his trials so far made poplars grow more quickly with a lignin structure much more conducive to biofuel production.

Meilan explained that to become a biofuel feedstock the trees must also be able to reproduce asexually but not sexually because the government restricts the commercial planting of genetically modified trees that could spread their genes through airborne pollen. The production of flowers, pollen and seeds also diverts energy from producing more woody mass that could be turned into biofuel, so a sexually sterile tree is a more efficient biofuel feedstock.

It normally takes about three to five years for poplars to start reproducing. Meilan’s trial group is in its third year, so he will find out soon whether he’s succeeded. If things go as hoped, the transgenic trees could be a big step forward in biofuel production. They have about half the energy content of coal, and might be used for cleaner aviation fuel.

Among other things, Meilan is part of the Midwest Aviation Sustainable Biofuels Initiative (MASBI) partnership between Boeing, United Airlines, the Chicago Department of Aviation and other entities.

Two birds with one stone

A running theme in the business pitches at the Clean Energy Trust event was the likelihood that technologies potentially crucial to the clean energy sector could also be lucrative for other industries, meaning they could attract investors interested in other, more-established realms. Meilan’s transgenic poplar trees would also be attractive to the paper and lumber industries, he said, since they grow so fast – up to 90 feet tall in six years.

Experimental lithium bromine flow batteries which are “smaller, cheaper and safer” than traditional lithium ion batteries could be revolutionary for electric vehicles and the grid and also a wide range of other applications, according to Chinbay Fan of the Gas Technology Institute. And the “resin wafer electrodeionization” technology presented by Seth Snyder of Argonne National Laboratory could help produce biodiesel and also play a role in water purification and carbon capture and sequestration.

“You don’t want a battery to fall immediately to zero…so sensors that report the state of the battery and report back to a central computational structure are being developed at Purdue and are really important,” she said.

New catalysts could be key for manufacturing clean energy technologies, she said, by “turning one kind of molecule into another, so you can replace platinum or palladium with a much cheaper or more abundant metal” like nickel or copper.

Sophisticated sensors are also crucial to wind turbines: “When blades are manufactured, there (could be) a 25 percent difference in the weight of each blade. It’s a messy process where the blades are experiencing different forces and in the gear box that’s putting on tremendous strains.” Purdue, she said, is also developing sensors that can predict when the strain is becoming too much, helping to avoid a gearbox failure “that’s then a million dollar problem.”

An earlier version of this story mischaracterized the cell structure that Richard Meilan was working toward, and incorrectly stated the research was being done at a plot in Oregon.