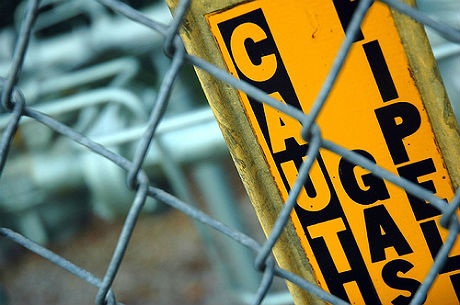 Michigan’s governor is speaking out against a plan by operators of a major natural gas pipeline to use it to move bottlenecked crude oil to the Gulf.

Gov. Rick Snyder and others have filed a motion with the Federal Energy Regulatory Commission to “intervene and protest” the move by Trunkline Gas Co., arguing that abandoning a natural gas pipeline that supplies nearly a third of Michigan’s natural gas would not serve citizens’ energy needs as furnaces are firing up for the winter.

The plan by Energy Transfer Partners would reverse its 770-mile Trunkline system to carry crude oil south, an effort to beat companies like Enbridge and TransCanada to move landlocked Canadian and Bakken oil to the Gulf of Mexico, according to Petroleum News.

“They are projecting that the switch to a Gulf-bound crude pipeline could expand Trunkline’s capacity to 400,000 barrels per day from 150,000 bpd.”

Financial website the Motley Fool calls the plan “The Newest Top-Secret Pipeline Project,” noting that Energy Transfer Partners is “racing against time and the competing projects of its peers. While there is a glut of oil at Cushing, Oklahoma, right now, analysts expect that if all planned pipeline projects are built on schedule, there may not be a need for the Trunkline reversal.”

“In short, this infrastructure is vital to the energy supply and reliability in Michigan, with major ramifications for the ability to heat Michigan’s homes at an affordable price,” Snyder writes.

“I also have concerns regarding the implications this would have on the state’s economic development and energy policy as a whole.”

Also, one less pipeline is bound to drive up natural gas prices, the governor says, and that’s especially bad for “the most vulnerable” residents who are already having trouble paying their bills.

“Michigan has had high demand for energy assistance during the winter – in fact, the number of individuals seeking heating assistance in the territory most affected by this pipeline saw more requests for assistance in October and November of 2011 than they had in the previous year, despite a warmer winter,” the motion reads.

Neighboring states also should take notice, Synder says, because Michigan has about 12 percent of the nation’s overall underground storage capacity for natural gas.

“Michigan supplies natural gas to neighboring states during the high-demand winter months. Therefore, anything that reduces the ability to move natural gas in and out of Michigan could easily impact the ability of the country to economically utilize its best and most important storage resource.”

There are environmental concerns as well, about having to build another pipeline in the future if this one is abandoned.

Trunkline filed an application with the U.S. Department of Energy in July. Most recently, Consumers Energy Co. has joined Michigan’s governor, the Michigan Public Service Commission and others to oppose Trunkline’s application.

Trunkline, for its part, says “the sky is not falling,” and the pipeline switch should be approved for numerous reasons, including that  “Sufficient capacity will remain post-abandonment for Trunkline to meet all of its firm contracted-for capacity, thus ensuring continuity of service” and the company’s  core market area north of Tuscola, Illinois to the Michigan border “will continue to be served by looped facilities.”

The Federal Energy Regulatory Commission could decide on the application this month.