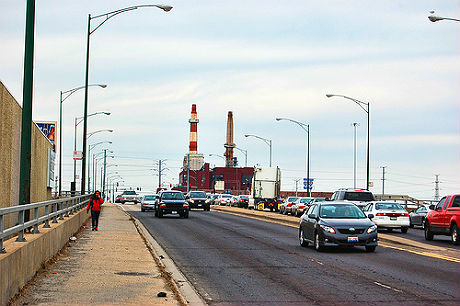 CHICAGO — After months of study, reports from a city task force and neighborhood activists lay out clear visions for what residents want — and don’t want — to see in place of two shuttered Chicago coal plants.

In September, the task force convened by Chicago Mayor Rahm Emanuel to guide the future of the Fisk and Crawford power plants released its report summarizing community wishes and concerns. Clean jobs, green space and access to the Chicago River emerged as top priorities, while there was strong opposition to development of big box retail.

And on Saturday, one of the community groups involved, the Pilsen Environmental Rights and Reform Organization (PERRO), released its own comprehensive report that largely meshes with the task force but exposes continuing acrimony over remediation and places more emphasis on residents’ hopes for parkland and historical preservation

While the task force report takes a neutral and conciliatory tone obviously aimed at the different parties moving forward as partners, PERRO’s report reflects the contentious history of the coal plants and the role of outspoken community activists. There are various allusions to what PERRO members see as the past refusal and reluctance of plant owner Midwest Generation, the Illinois EPA and local alderman Danny Solis to address the health and environmental threats posed by the plants.

The PERRO report, based on hundreds of community surveys and produced in conjunction with the non-profit group Architecture for Humanity, also offers more specific proposals for site redevelopment and stresses the desire to preserve and memorialize the sites to celebrate both Chicago history and the community activism that helped close the plants.

In February, Midwest Generation announced the imminent closing of its two Chicago plants, the Fisk and Crawford generating stations in the Pilsen and Little Village neighborhoods, because of competition from cheap natural gas-fired power and impending environmental regulations that would require expensive pollution control upgrades.

In March Mayor Emanuel convened the task force to decide how best to reuse the sites. The Delta Institute, a non-profit sustainable development organization, facilitated meetings including the city councilmen representing the two neighborhoods, and representatives of Midwest Generation, the utility and former plant owner Commonwealth Edison, the local building trades labor union, the city’s Department of Housing and Economic Development and three community groups: PERRO, LVEJO (Little Village Environmental Justice Organization) and the Pilsen Alliance.  Each community group conducted their own surveys, which were incorporated along with citywide public comments into the task force report.

The task force’s report identified guiding principles and 13 specific near-term recommendations for the site including attracting light industry offering “high quality, living-wage jobs.” It also suggested public access to the river at both sites and turning an abandoned rail line into a trail that connects with a park being constructed on another abandoned industrial site near the Crawford plant.

The task force noted that many residents were worried about gentrification – a hot button issue especially in the Pilsen neighborhood —  if the riverfront sites were developed into condos or other residential housing. But the report concludes that residential development would not be suitable given possible contamination and the fact that transmission infrastructure and an operational gas peaker plant remain on the Fisk site.

The task force will continue to meet, and specific decisions about site reuse and funding sources are still in the future. The Delta Institute will work with Midwest Generation to identify investors, developers and other funding sources including tax credits, brownfield grants and public-private partnerships. The report notes that:

Midwest Generation will decide what happens to the sites now that the generating stations are closed. The company is legally obliged to ‘secure and maintain’ the sites, but any additional redevelopment is voluntary. However, together with the Fisk and Crawford Reuse Task Force, Midwest Generation is actively exploring options for reclamation and redevelopment of the sites by itself or a third party.

“The process was pretty impressive in terms of how inclusive it was, I don’t think the neighborhood groups expected this to happen given the way things have been done in years past,” said Jack Darin, president of the Illinois Sierra Club, which along with the Joyce Foundation provided funding for the task force. “They felt like they were included from the beginning in determining future land uses in their community.”

Midwest Generation spokesman Doug McFarlan said that about 25 buyers have expressed interest in and visited the site, and he said any “bona fide potential buyer” would be introduced to the task force though the members would have no formal say over sales decisions.

“We believe the creation of the task force and the visibility provided for it by the mayor have definitely attracted more interest and more quickly than might have been anticipated, and that is a very good thing,” McFarlan said. “While this is a private transaction, we also believe that task force engagement and community comments can be helpful to any prospective buyers in assessing opportunities for redevelopment.”

The PERRO report notes that their surveys, conducted at a series of local meetings, showed that Pilsen residents are largely thinking along the same lines as the task force except they want concrete promises on remediation.

Residents stressed that they did not want to see the site host polluting industries, a vacant brownfield, high-end housing, big box retail or a “casino or bar.”

The PERRO report lists specific demands related to remediation, including that underground storage tanks, lead and asbestos be removed; that soil and Chicago River water be tested; and that residents be notified of exactly what contaminants are found onsite. It calls for a phase one “desk study” including historical records review and interviews with past plant operators; and a phase two physical study including the drilling and testing of core samples.

“Unfortunately, this is an area in which the Task Force could not reach an agreement,” the PERRO report says about remediation. “Midwest Generation has resisted the demand to have these assessments conducted and made public.”

PERRO co-founder Jerry Mead-Lucero said Midwest Generation officials have told residents that coal plant sites are typically not heavily contaminated and that since the company owns the land it is their responsibility. Mead-Lucero said he “could see tensions arising” on the issue of remediation as the task force continues its work.

“The community wants to know what the heck is on that site, and how it’s going to be dealt with,” he said.

“This really should not be an issue,” he said. “As facilitator of the mayor’s task force, the Delta Institute has done a good job of explaining the normal process and sequencing of activity associated with selling industrial sites — and to the extent there is any environmental remediation that may be required, it is addressed in the sale and redevelopment process.”

“The fact is, these are not hazardous sites,” he continued. “No hazardous materials are stored there.  Hundreds of workers have walked these sites for decades.  The sites have been fully decommissioned and all fuel and chemical products removed.”

The PERRO report places more emphasis than the task force report on commemorating and physically preserving the coal plant, where dismantling of the towering brick stack and other components is scheduled to start this fall.

Fisk was the world’s first all-steam turbo-generator, according to various histories, developed by energy pioneer Samuel Insull. PERRO found that 22 percent of residents want to see historic preservation, especially the original powerhouse built in 1903 on the shore of the Chicago River.

“The demolition of Fisk Station would cause the loss of architecturally distinct structures that symbolize the modernization of electricity in the twentieth century and act as a monument to community activism,” the report says.

The task force features case studies including a South Bend, Indiana auto plant transformed into a “green tech” and recycling center, and the International Harvester former tire and farm equipment factory in central Illinois transformed into a biomedical device manufacturer.

Both coal plant sites are seen as potentially very attractive for light industrial development, given their proximity to rail, highway and canal transportation, and their access to transmission lines and high capacity internet connections. Darin said numerous inquiries have already been made from potential investors.

“The consensus seems to be that people want to see economic reuse of the site, if it’s something clean energy-related that would be fantastic,” said Darin. “The most important thing is it not be related to fossil fuel generation. People are realistic about the fact that we can’t create a demand – we have to work with the demand that’s out there. If there’s the potential to use these sites for clean energy people would be elated.”

The Sierra Club of Illinois and the Joyce Foundation are both members of RE-AMP, which also publishes Midwest Energy News.