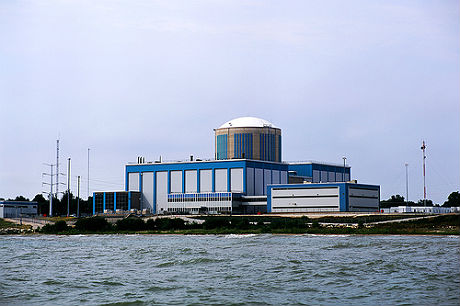 By Gabriel Nelson and Hannah Northey

Richmond, Virginia-based Dominion Resources Inc. said Monday it will shut down and decommission the Kewaunee Power Station near Green Bay, which would make it the first U.S. nuclear reactor to be permanently retired since 1998.

The company said the decision was purely based on economics, which may signal trouble for other nuclear power plants at a time when cheap natural gas and the slowly recovering economy are holding down electricity prices in many parts of the country.

Dominion President and CEO Thomas Farrell gave two main reasons for the move in a statement Monday. One is that Dominion, which bought the Kewaunee plant in 2005 for $192 million, doesn’t have enough reactors in the Midwest to defray the cost of running a nuclear fleet in the region. Also, the purchase agreements for Kewaunee’s electricity are going to expire at a time when Dominion won’t be able to command as much money on the wholesale power market.

“The combination of these factors makes it uneconomic for Kewaunee to continue operations,” Farrell said in the statement.

Dominion, which also owns one nuclear power plant in Connecticut and two in Virginia, announced last year that it would try to sell the Kewaunee plant, which came online in 1974 and has a license from the Nuclear Regulatory Commission to run until 2033 (Greenwire, April 29, 2011).

The reactor will shut down in early 2013, so long as the Midwest Independent Transmission System Operator, or MISO, finds that the electric grid can handle losing Kewaunee’s 556 megawatts of power.

A U.S. nuclear power plant hasn’t been shut down for good since 1998, when the Zion power station in Illinois was retired and one of the three reactors at the Millstone power plant in Connecticut was decommissioned. Dominion still operates the other two reactors at Millstone, which has more favorable economics because Connecticut has some of the most expensive electricity in the country.

Some plants ‘on the edge’

Marvin Fertel, president and CEO of the Nuclear Energy Institute, said in a statement that nuclear power will remain a major power source in the United States. For example, there are five new reactors under construction in the United States. He said Dominion’s decision was based on local economic factors.

But others say Dominion’s plan is a sign of broader problems for the industry.

Building a reactor has become so costly that none has come online in the past decade, although existing plants have rarely run into financial trouble because of their low fuel costs. However, low natural gas prices have recently caused dozens of coal plants to be retired or idled, and Monday’s announcement suggests some nuclear plants could end up bowing to the same pressure.

Lake Barrett, the former head of the Department of Energy’s Office of Civilian Radioactive Waste Management, said Dominion’s decision highlights the many challenges facing the industry, including stiff competition from natural gas, costly repairs for aging units, uncertain regulations and a lack of congressional interest in putting a price on carbon emissions.

“You add it all up and it weighs heavily on nuclear to go forward versus simple natural gas,” Barrett said.

Barrett said some utilities are weighing costly upgrades. He pointed to Southern California Edison Co.’s possible expenditure of millions of dollars to fix leaky tubes at its San Onofre Nuclear Generating Station in California. Duke Energy Corp. may need to spend up to $1.3 billion — the most expensive nuclear repair in U.S. history — to fix the cracked concrete shell around its Crystal River plant in Florida (Greenwire, Sept. 11).

Reactors with a design similar to the Fukushima Daiichi plant in Japan may also need upgrades to protect against the type of damage the plant incurred during a magnitude-9 earthquake and tsunami last year. Regulators are considering whether to require pressure-relief vents at power stations such as the Vermont Yankee plant, owned by Entergy Vermont Yankee LLC.

“When you look at the upgrade costs post-Fukushima, you might find Vermont Yankee and other plants like that on the edge,” Barrett said.

Economics aside, the Kewaunee facility appears to be in good working order. Nuclear safety regulators at the NRC have not released any notices of violations since 2008 for the plant, which is running at 100 percent of its capacity today, and no citizen groups are loudly calling for its closure, as with Vermont Yankee and San Onofre.

Wisconsin Gov. Scott Walker released a statement lamenting the planned closure of the Kewaunee plant. He blamed the decision on “unnecessary federal regulations,” which he said are “slowing the process for companies like Dominion to take advantage of economies of scale and keep their businesses profitable and open.”

The rules he cited were a set of draft U.S. EPA standards for the cooling water intake structures at nuclear power plants. The rules that the Obama administration has proposed to protect bodies of water are not yet final, and they may well change if Republican presidential nominee Mitt Romney wins next month’s election.

Dominion spokesman Richard Zuercher told the Milwaukee Journal Sentinel Monday that he didn’t have information on the effect of those regulations, insisting that economics were behind the company’s decision.

“The plant has run very well,” he told the newspaper, but “it produces electricity at too high a cost.”