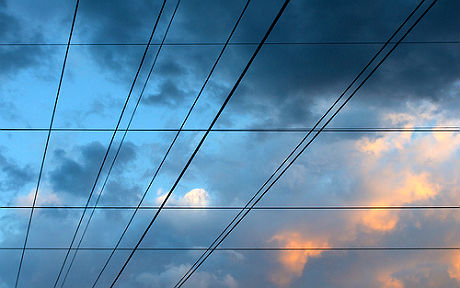 (Photo by manyhighways via Creative Commons)

Xcel Energy, which serves about 1.4 million customers in Minnesota, has filed major revisions to its latest long-range plan twice since 2010. The picture changed again this week when the utility said it no longer thinks proposed nuclear plant upgrades are beneficial.

“We have been working through a period of time with considerable change,” said Jim Alders, Xcel’s director of regulatory administration.

After a day of testimony Thursday aimed at finding consensus on how to proceed, the Minnesota Public Utilities Commission is set to vote next week on whether to approve the utility’s plan, which calls for adding more natural gas and hydro after 2017.

Environmentalists criticized the plan for not including enough renewables, and because it doesn’t commit to retiring the company’s aging Sherco coal plant, the largest single source of air pollution in Minnesota.

What’s in the plan

Xcel filed its initial 2011-2015 resource plan in August 2010. Regulated utilities in Minnesota are required to file the plans every few years so regulators can make sure they’re planning enough reliable, cost-effective power to meet long-term needs.

Slow economic growth and recovery projections prompted Xcel to lower its demand forecasts twice since then. The utility now doesn’t expect to need any new generation until after 2017. It estimates a need for about 550 new megawatts by 2020.

The utility proposes to meet that new demand mostly through natural gas. Xcel says it would add 400 to 600 megawatts of natural gas capacity between 2017 and 2019, as well as expand its contract with Manitoba Hydro in 2015 and 2021.

Much of the conversation Thursday afternoon focused on whether Xcel would pursue combustion turbines or combined cycle gas units, as well as how independent generators will be allowed to compete with alternative project proposals.

Calpine, one of the nation’s largest power plant operators, wants to expand its combined-cycle Mankato Energy Center and sell the additional power to Xcel, which it believes will be the lowest cost option for ratepayers.

“We think we are entering an era of sustained, low natural gas prices for the first time in our history, which has traditionally been defined by boom and bust,” said John Flumerfelt, Calpine’s director for government and regulatory affairs.

Xcel also expects to complete a 71-megawatt upgrade at its Monticello nuclear plant in 2013.

What’s not in the plan

On Monday the utility said it no longer believes that a proposed $250 million, 117-megawatt upgrade of its Prairie Island nuclear plant is a good deal for ratepayers.

“Things have evolved further and now we’ve taken a hard look at things and concluded this project is probably not in our customers’ best interest,” Alders said, “but it’s still a close call.”

“I don’t believe that the change has been that great,” Davis said.

Environmental groups, meanwhile, took aim at the lack of solar and wind in the utility’s plan.

Xcel is the nation’s largest utility provider of wind power, but its long-range plan does not include any new wind capacity after 2012, when the federal wind production tax credit is set to expire unless Congress acts before the end of the year.

“Our plan is: re-evaluate in the early part of 2013 and decide what to do next during the remainder of 2013,” Alders said. “If it makes sense to pursue more wind, we will come back to you.”

Xcel’s plan includes adding 20 megawatts of solar over the next decade. John Farrell, a research associate with the Institute for Local Self-Reliance, pointed out the “remarkable difference” between that and Minnesota’s solar potential.

On efficiency, the utility says continuing to meet the state’s 1.5 percent annual efficiency mandate over the entire length of the plan will be difficult due to “energy efficiency market saturation,” and that 1.3 percent is more realistic.

Several people who testified, including polar explorer and climate activist Will Steger, urged Xcel and the utilities commission to begin the process for retiring the Sherco 1 and 2 units at Xcel’s central Minnesota coal plant.

Xcel didn’t object to studying a retirement option for its older coal units, something the utilities commission has required of Minnesota Power and Otter Tail Power in recent years. Xcel already plans to phase out coal at its Black Dog power plant by 2015, and it’s conducting a “life cycle management” study of the Sherco plant.

“Minnesota is at an energy crossroads, and the plan does take steps in the right direction,” said Margaret Levin, state director of the Sierra Club North Star Chapter. “We urge you to confirm these goals. But Minnesota’s largest utility can and must do more.”

The Minnesota Public Utilities Commission is scheduled to deliberate on Xcel’s resource plan on Nov. 1.

The Sierra Club, Institute for Local Self-Reliance, and the Will Steger Foundation are all members of RE-AMP, which also publishes Midwest Energy News.