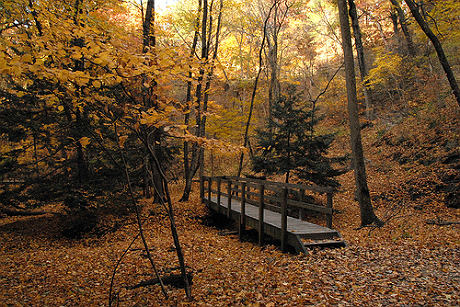 St. Louis-based Mississippi Sand, the company that’s building the 80-acre sand mine, received its third and final permit on October 19, overcoming objections by a consortium of environmental groups. As soon as the company pays a bond to the state of Illinois, they can start digging.

“It’s really tough to see all these permits granted,” said Elliot Brinkman of the Prairie Rivers Network, a Champaign, Illinois, environmental group that fought the project. However, “we’re still trying to find avenues to at least slow the process and make sure people’s voices are heard, and make sure the integrity of these resources are protected as well.”

That’s exactly what the Illinois EPA did, said agency spokeswoman Maggie Carson. “The applicant met legal requirements to get the final permit, which covers water pollution washing off from the mining site. And if an applicant meets those guidelines, then we are required to issue those permits.”

To obtain natural gas from deep underground shale deposits, frackers inject a slurry of water, chemicals and sand. They need sand with pure, hard quartz grains that are close to spherical so the gas can flow well around them.

Huge amounts of such sand, remnants of an ancient sea, exist in a swath of the Midwest that runs from northeast Wisconsin through southwestern Wisconsin and southeastern Minnesota.

As the demand for frac sand has taken off, sand miners have built more than 60 sand mines and 30 sand processing facilities throughout Wisconsin, and more than 20 new mines have been proposed, according to a January 2012 report [PDF] from the state’s Department of Natural Resources.

But there’s lots of good frac sand in the Illinois River Valley as well. In the area around Starved Rock State Park, the sand is located near the surface, which is easier for sand miners to dig up than sand buried beneath what miners call “overburden”—the soil on top of what they want.

For these reasons, sand miners covet land in the area, says Merlin Calhoun. “There’s a 12-mile stretch where the sand is perfect for frac sand mining,” he said.

Previously, another division of the IEPA issued a permit under rules that regulate air pollution from construction sites. The Illinois Historic Preservation Agency looked at the site to determine if it had culturally important artifacts (it didn’t, they concluded). And the Illinois DNR issued a surface mining and reclamation permit.

Calhoun and a group of local residents joined forces with environmentalists to fight the county’s approval of the zoning variation. Since then, the Sierra Club, Prairie Rivers Network and the Chicago-based Openlands have continued to oppose various state permits for the sand mine because they say it will bring in noise, trucks and pollution to an important natural area.

That appears to be a losing battle at this point, Brinkman said. But his group and the Sierra Club are not giving up.

On Sunday, the Sierra Club and Prairie Rivers Network held a hike and their own informal public comment period at Starved Rock. “It gives members of the public a chance to voice their concerns—a chance they haven’t gotten yet,” Brinkman said.

Midwest Energy News was unable to reach Tony Giordano, president of Mississippi Sand, to comment on this approval, but in May he said that mine construction could begin as soon as January  2013.