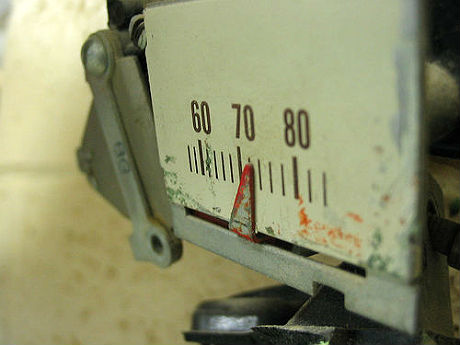 New federal light bulb standards are about to dim the amount of energy savings utilities can take credit for.

And as utilities look for ways to make up for those lost savings in their state-mandated energy efficiency portfolios, there’s growing interest in programs that essentially use peer pressure to encourage homeowners to save energy.

Most utilities in the Midwest are required to help customers achieve a certain level of energy savings each year. Lighting programs have been by far the most popular means of meeting those targets, which are mandatory in Illinois, Indiana, Iowa, Michigan, Minnesota, Ohio and Wisconsin.

Behavior change programs, rather than helping to replace appliances or light bulbs, seek to get people to use them more efficiently, often by providing more detailed data about a customer’s energy use.

“Several companies, mostly from the IT [industry], realized that utilities have a lot of data on their customers, but often can’t put it all together in a way to affect consumer change,” says Jay Wrobel, executive director of the Midwest Energy Efficiency Alliance, a nonprofit that promotes energy conservation.

The highest-profile service so far is Opower, which partners with utilities to give customers periodic reports on how their energy use compares to neighbors and similar households. On average, customers who receive the mailings wind up reducing their energy consumption by about 2 percent.

Opower now offers its service through 75 utilities, including 20 in the Midwest. Minnesota has the most utilities signed up, with 10, although the Midwest’s largest Opower programs are at American Electric Power in Ohio and Ameren and ComEd in Illinois.

“The Midwest has a number of the features that [make our program] attractive for utilities,” says Arkadi Gerney, Opower’s senior director of policy. Those include mandatory energy efficiency targets in most states and well-designed compensation to utilities for lost revenue, he says.

Many utilities will have a vacuum to fill in their efficiency portfolios as new federal lighting rules are phased in. By January 2014, all light bulbs will have to meet new efficiency standards, raising the baseline for how much utilities can take credit for in their own conservation programs.

Opower recently reviewed the efficiency portfolio plans for three dozen utilities, including both current and prospective customers, says Gerney. In 2012, lighting accounted for about 40 percent of residential portfolios. By 2015, that share is projected to fall to just 10 percent.

“We’ve already seen utility efficiency planning that’s accepted that lighting, which has been the backbone of their residential portfolios, is probably going to be a declining portion,” says Gerney. “I think that’s one of the reasons that utilities have been attracted to Opower, as one of a number of choices they have for picking up that slack.”

Wrobel says behavior change programs such as Opower’s have proven to be among the most cost-effective options for residential efficiency. Utilities generally want a broad suite of programs to make sure they hit their targets, which are fairly aggressive in the Midwest.

Lee Gabler, director of demand-side management for Xcel Energy, says the lighting standards are “absolutely” part of the reason Xcel is interested in Opower. The utility is expanding its Opower pilot program in Minnesota from 50,000 customers to 150,000 in 2013.

Minnesota requires utilities to achieve annual energy savings equal to 1.5 percent of sales. Xcel Energy recently filed its efficiency plan for 2013 through 2015, during which it plans to help customers conserve 436 gigawatt hours, of which only 8.5 will come from the Opower program.

“It’s a small program, yet every gigawatt hour helps as we try to achieve the 1.5 percent,” says Gabler.

Gabler says he would consider the Opower program very successful if it ever grows to 5 percent of the utility’s efficiency portfolio. Gerney says the program can go higher. In Massachusetts, for example, Opower accounts for 24 percent of residential efficiency programs.

Gerney says behavior change programs are a good successor to CFL giveaways and lighting rebates for another reason, too: there’s opportunity for anyone to participate.

Other residential programs such as insulation rebates or refrigerator recycling are cost-effective, but participation is generally limited to homeowners with the means to make those investments.

“Most of the other programs, everybody pays through their rates but only a small number of people, often concentrated in the higher-income categories, are the ones who are able to directly participate in the programs each year,” says Gerney. “With Opower, everybody pays but an enormous proportion of people are able to benefit.”