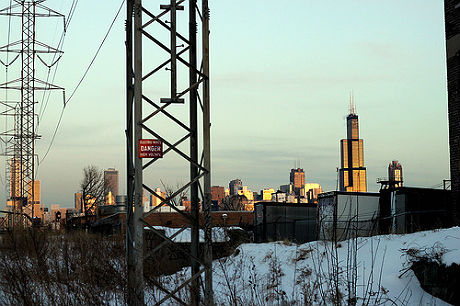 Where that electricity will ultimately be sourced from, however, remains unclear.

Aldermen voted  50-0 and heaped praise on the aggregation plan, which the city projects will save households on average $150 by the end of the contract in May 2015.

“We sent a clear message to the country,” said Mayor Rahm Emanuel after the vote. “Not only does the vote send a clear message, it made sure families who live paycheck to paycheck will get what suburban residents have been getting for a while – savings on their utility bills .”

The contract with Integrys will ban electricity from coal-fired generation, which currently provides about 40 percent of the city’s mix. The city has also announced a commitment to renewable energy and energy efficiency investments, though any specific requirements remain to be seen in the contract, which is expected to be finalized within the next few days.

Local experts have predicted that Chicago’s new energy supply will be heavy on natural gas-fired generation and that nuclear power will continue to play a significant role. Wind power will likely be included, and the contract could also include investments in solar or other renewables.

The contract will mandate certain price savings compared to rates offered by ComEd, however, which could limit some renewable investment.

“Whatever the mix is will be further defined after the contract is finalized,” said Jennifer Block, spokesperson for Integrys, which serves 45 Illinois communities with municipal aggregation programs.

“The proof will be in the pudding in terms of renewables and carbon dioxide emissions,” said Greenpeace senior analyst Mike Johnson after the council vote. “We’re waiting with bated breath to see what happens.”

Where will the energy come from?

Unlike Cincinnati, Oak Park, Illinois, and many other aggregated communities, it does not appear Chicago will mandate a significant fixed percentage of renewable energy.

Chicago is requiring “a full account of all of the sources of fuel used to power the City, providing residents with an unparalleled level of transparency,” according to a Dec. 8 press release that also promises “positioning energy efficiency and renewable generation as an alternative resource in the supply portfolio.”

But that doesn’t mean Chicago customers will actually get power from those facilities. Integrys Energy Services buys power on the open market to serve its half-million retail natural gas and electricity customers in deregulated markets. So the electricity being bought for Chicagoans could come from any number of nuclear reactors, natural gas plants or wind farms.

Some environmentalists are concerned that with Integrys buying power on the spot market, including from companies with coal fleets, it will be difficult to really feel confident that their electricity payments are not funding coal.

Overall, renewable energy advocates said they are optimistic about both the near-term and longer-term prospects for renewable energy generation driven by Chicago’s aggregation. They see the relatively brief contract with Integrys as a starting point, and hope for greater commitments to renewables in future contracts, especially if wind and solar become increasingly competitive with other sources.

The ban on coal-fired power is especially symbolic since the city’s two coal-fired plants closed in August, after a sustained campaign by local and national groups.

The vote Wednesday came after a Nov. 6 ballot referendum wherein a majority of Chicago voters authorized the city to move forward with an opt-out aggregation plan (meaning people automatically are enrolled unless they opt out). Then the city held public and city council committee hearings to shape the plan.

A Dec. 5 hearing showed many aldermen were still unfamiliar with how aggregation plays out. One brought up the possibility of hydraulic fracturing for natural gas on the south side of Chicago.

Emanuel’s office has also held meetings with the Clean Power Coalition — community, environmental and health groups which had lobbied hard for the closing of the coal plants – and with a group of local energy experts. Coalition members said they hope the mayor continues to seek their input as the contract is finalized and implemented.

Previously, coalition leaders had suggested the idea of setting aside a portion of the savings for the city itself to reinvest in renewable energy, potentially driving solar installation that could have meant valuable solar renewable energy certificates that the city could have sold in order to fund more renewable development.

Members of the coalition said such a program does not appear to be on the table now, and any renewable energy investments will come as part of the Integrys contract. Integrys Energy Services, through subsidiaries, also owns a number of small solar installations around the country, which sell energy to the individual host site; however there is no indication this would be an option for Chicago customers.

A press release from the Clean Power Coalition said the group “will examine the final contract to identify opportunities to advance clean, renewable energy in Chicago moving forward,” and cited various local leaders praising the ordinance.

“We are excited about the absence of coal in this plan and we thank the Mayor for listening to our calls to end our reliance on a fuel source that has been so closely tied to childhood asthma, and so many other health issues,” Brian Urbaszewski, director of environmental health at Respiratory Health Association, is quoted saying in the release. “We look forward to reviewing further details of the procurement.”