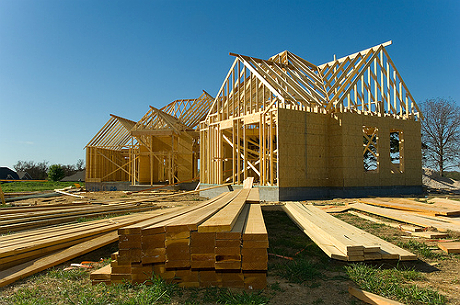 (Photo by jongrant33 via Creative Commons)

Building inspectors could soon have a new ally to assist with code enforcement: the local utility.

With several states adopting new energy codes at a time when cash-strapped building departments are already spread thin, there’s concern that lack of funding for training and enforcement could cause compliance to lag.

Meanwhile, many utilities are looking for new ways to spend ratepayer conservation dollars — and meet mandatory energy efficiency goals, which are increasing in some states just as the savings utilities can claim from lighting programs is shrinking.

Those forces have put growing momentum behind an idea to give utilities a bigger role in building code implementation in exchange for credit towards their energy efficiency targets.

“It’s a very complimentary marriage that occurs here,” says Isaac Elnecave, a senior policy manager for the Midwest Energy Efficiency Alliance (MEEA), a Chicago nonprofit that is leading a discussion of utility-supported code programs in Illinois.

Illinois is likely to see its first building code program proposals from utilities next fall. In Minnesota, a study of potential program options is underway, and the concept has also surfaced in Iowa, Ohio and Michigan.

Building codes can be a very effective tool for reducing energy use, but they’re not a magic wand. Compliance varies from state to state, but the few available studies “point to low compliance in most jurisdictions, substantially below 100 percent,” according to a recent paper from the American Council for an Energy Efficient Economy (ACEEE).

The MEEA and ACEEE are both members of RE-AMP, which also publishes Midwest Energy News.

Elnecave says several factors are to blame for that compliance gap. One big one is that local code agencies are often underfunded. While states often adopt building codes, it’s usually up to local building departments to enforce them. Revenue from construction permit fees has fallen off since the real estate bubble burst, leaving the departments with less money.

Understandably, says Elnecave, inspectors put health and safety issues first and get to energy efficiency when they can.

“It’s not that they don’t want to or aren’t trying,” says Elnecave.

Elnecave and other efficiency boosters would like to see some of that utility money used to help make sure energy codes don’t get lost on building inspectors’ long priority lists.

One idea is for utilities to pay for training programs for architects, builders and code officials, starting with a general overview and following up with more focused sessions on particular sections of the code.

Another concept is for utilities to fund a “circuit rider program,” in which a handful of inspectors could be trained as energy code experts, then embed with local building departments on a rotating basis.

The most ambitious model the Alliance is working on would involve utilities funding the creation of a new third-party review and inspection system, which would accredit independent inspectors who could be called on by local governments or builders for assistance.

“A building department could continue to focus on health and safety, but there would be somebody who would focus on the energy code,” says Elnecave

Talks are also happening in Minnesota, where Xcel Energy is leading a statewide effort with energy regulators and other utilities to develop code programs for utilities there.

“We’re looking to save energy, cost-effectively, for our rate payers,” says Kevin Schwain, Xcel’s manager of emerging customer programs. “There’s a lot of interest and belief that this can be one of those sources of energy savings.”

Schwain says there’s a sense that code compliance is higher in the Midwest than other states. If it’s too high already, that might mean there isn’t enough opportunity for utilities to help boost compliance. A study in early 2013 will try to better pinpoint compliance and where the gaps are.

Xcel already has pilot program in Colorado in which it’s offering targeted training programs on parts of the state’s energy code where compliance was identified as low.

Schwain says the utility likely wouldn’t propose a code program in Minnesota until 2014 so that it has time to build consensus around how to measure and award credit for energy savings.

Measuring and attributing energy savings will be among the fundamental questions regulators have to answer about code-related conservation programs, according to ACEEE, which published a paper on the topic last month.

“[M]ethods for evaluating and estimating energy savings from these efforts remains a ‘work in progress,'” the paper said. “This lack of a well-established and accepted evaluation and measurement framework contributes to the hesitancy of regulators.”

But Elnecave says that methods do exist. A study first needs to determine existing compliance with the code; not just what percentage of buildings fully comply or not, but how close they are to compliance in several specific categories, such as insulation or ventilation. A follow-up study after the training or other intervention could then give analysts enough data to estimate energy savings attributable to the utility program.

Marty Kushler, one of the authors of the ACEEE report, said utilities should have to meet a high bar to prove their actions had an impact.

“It’s important that what’s being proposed is real and not just fluff. I think there are some ways to get at some real contributions,” says Kushler.