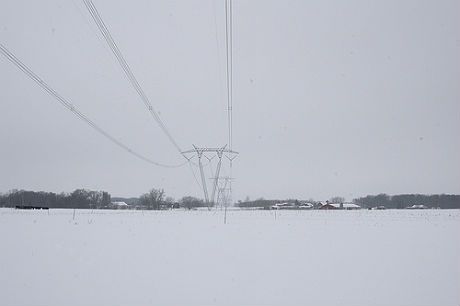 New legislation in the Indiana Senate would ensure a healthy, guaranteed profit in perpetuity on utility investments in wires, telephone poles, substations, and other parts of the transmission and distribution infrastructure, and ratepayer advocates and environmentalists are crying foul.

If such a measure becomes law, they say, it will burden low-income ratepayers with unnecessarily high bills and further entrench centralized, coal- and gas-based electricity generation, placing distributed, renewable generation at a disadvantage.

At issue in the new legislation is an important but esoteric provision of utility law called a cost tracker. When states allow trackers, they bypass rate cases, a key step in which state utility regulators scrutinize the books of monopoly electric utilities on behalf of the customers who are forced to buy their electricity.

The state then allows a line item to be added to utility bills for a specified purpose—in this case, for costs incurred when utilities replace or maintain power poles, wires and the like. In Indiana, trackers typically guarantee utilities a profit of between 8.5 and 12 percent on costs of a particular type, and ratepayers supply the company with that guaranteed profit.

The electricity bills that Indiana residents pay are a sum of the utility’s rate and the various line items.

Over the years, the state’s five investor-owned utilities—Duke Energy, Indiana Power and Light, Vectren, Nipsco, and Indiana Michigan Power, have persuaded state legislators to let them recoup most of their costs through trackers, including the cost of coal, natural gas, uranium and other fuel, the cost of scrubbers and other pollution controls, the cost of energy-efficiency efforts, and now the cost of wires, poles, transformers and other parts of the transmission and distribution network.

Because the state’s utilities are allowed a variety of trackers, their rates are not an accurate reflection of what customers actually pay. So when an Indiana utility says that its rates are rising only 2-3 percent per year, that’s technically correct, said Kerwin Olson, executive director of Citizens Action Coalition, an Indianapolis-based ratepayer advocacy group. But it’s also misleading, Olson said, because “customers don’t pay rates, customers pay bills.”

What’s more, Olson said, “utilities don’t like rate cases” and try to avoid them because they’re expensive to litigate, and because they allow the public utility commission, and the interested public, to examine their books and question whether costs they’re trying to get reimbursed for are costs they actually incurred.

A benefit for whom?

The tracker for transmission and distribution is important for reliability, Simcox said.

There are some very basic needs that the system has, he said. “They include pipe in the ground for gas companies, half-century-old wooden poles to string power lines and aging transformers that need to be replaced,” Simcox said. A lot of this will be done in the foreseeable future—over the next 10 years.

Moreover, Simcox said, the expenses recouped by trackers “have to be approved by the commission. That’s something these advocates wouldn’t tell you. The commission has the ability to open the books of the company at any time.”

Having trackers even benefits ratepayers, Simcox maintained. By guaranteeing revenue, it “enhances the position of the company in the financial community.” That means that utilities can pay lower interest rates when they borrow money for capital improvements, which in turn saves money for ratepayers, who reimburse the companies for their costs, he said.

Olson maintains that utilities are simply feathering their nest at the expense of ratepayers.

“Utility rate increases are the most regressive taxes you can have on the general population. They hit the poor the hardest,” Olson added.

Moreover, trackers are simply a different way for utilities to get guaranteed revenue to maintain a reliable electrical system. Whether the companies open their books in rate cases or use trackers to pay for it, utilities still need to do their job and provide reliable electricity.

“They’re going to do that stuff anyway because they have to,” Olson said.

“If you replace the transmission and distribution infrastructure on a 1:1 basis or build in anticipation of new central power plants, you’re reinforcing the current system,” he said.

That current system in Indiana is one of the most coal-reliant in the nation. In 2010, the most recent year for which data was available, the state generated 90 percent of its electricity by burning coal, far more than the U.S. average of 48 percent, according to data from the Energy Information Administration.

And according to a report [PDF] from the Environmental Integrity Project, Indiana was the fourth-largest greenhouse gas emitter overall in the United States in 2010, emitting more than three times the carbon dioxide of New York and California, which are far more populous.

Trackers are one of several ways Indiana’s utilities perpetuate the current system, Olson said. Utilities have had such dominion over the Indiana legislature, he maintained, that if the current bill passes they will have guaranteed that ratepayers pay fully for the costs of coal to burn; pollution controls that keep coal plants in compliance with federal environmental rules, and the costs of wires and infrastructure to move electricity from central plants to the populace.

“Essentially they have a tracker from coalmine to light switch,” Olson said.