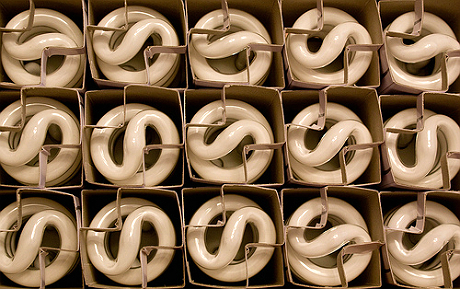 (Photo by crabbyman6 via Creative Commons)

CHICAGO — Working at the Michigan Public Service Commission in the 1990s, Martin Kushler would often end up at utility meetings where energy efficiency was discussed.

“It was fairly embarrassing to go to national conferences and have to explain almost nothing was going on in your state,” said Kushler at the Midwest Energy Efficiency Alliance’s (MEEA) annual Energy Solutions conference in Chicago last week.

A lot has changed since then. Kushler is now a senior fellow at the American Council for an Energy Efficient Economy (ACEEE). And as numerous experts explained at the Energy Solutions conference, the Midwest has become a leader in energy efficiency – effecting “a sea change” as Kushler described it.

The gains of the past decade, however, will be a challenge to maintain in coming years, speakers warned, because of factors including pushback from elected officials, low natural gas prices, a still-slow economy and the fact that much “low-hanging fruit” has already been plucked.

Also, a slow economy inherently means lower energy demand – hence less incentive to reduce demand even further. Not to mention that the economic crisis left many families, business owners and developers with less money to spend on upgrades.

Despite these issues, the overall tone of the Energy Solutions conference was one of cautious optimism. Speakers asserted that technological innovations, emphasis on the side benefits of energy efficiency and increased public outreach can mean continuing progress — if people think bigger and more creatively.

In other words, after countless compact fluorescent light bulbs have already been distributed and many drafty windows replaced, utilities and other parties will have to work hard to continue reducing energy demand.

Midwest could lead the way

This month the Lawrence Berkeley National Laboratory released a study examining the prospects of customer-funded utility energy efficiency programs through 2025.

It found that energy efficiency spending is at an all-time high, having doubled from $2 billion in 2006 to $4.8 billion in 2010 (for gas and electric programs combined, though electric counts for 80 percent of the investments).

However, the investments are concentrated in a handful of states, with just 10 states accounting for two-thirds of the spending. The top three states are California, New York and New Jersey, with Minnesota ranking eighth and Michigan tenth.

The study predicted that the bulk of future energy efficiency investments – roughly two thirds – will be driven by state mandates, including energy efficiency components in Renewable Portfolio Standards. Illinois, Indiana, Ohio, Minnesota and Michigan all require utilities to invest in efficiency.

And the report notes that Midwestern states with aggressive standards – namely Illinois, Indiana, Ohio and Michigan – will account for disproportionate amounts of energy efficiency investment in the future, outpacing the coastal states that “historically have dominated the EE program landscape.”

Common sense dictates that utilities are unlikely to enthusiastically invest in energy efficiency if their bottom line depends on how much energy (gas or electricity) they sell. Hence it has long been accepted that disconnecting utility profits from the amount of energy they deliver is key to driving meaningful energy efficiency programs.

Numerous states have moved in this direction with policies that decouple profits from energy sales or set flat fees for customers, and speakers at the conference emphasized that this trend should continue. In terms of natural gas, Minnesota, Wisconsin, Indiana and Michigan have decoupled rate structures. Missouri, North Dakota, Nebraska and Ohio have flat fees. And Illinois combines both concepts.

Dianne Munns, vice president of regulatory relations and energy efficiency for MidAmerican Energy, noted that Iowa has not decoupled profits from energy sales, but MidAmerican has voluntarily made some important strides regardless, including programs for agribusiness, low-income weatherization and special pricing at critical peak load times.

Munns said energy efficiency should figure significantly into a five-year plan currently being drafted. “It’s kind of embedded in our culture,” she said.

Jack Laverty, manager of Demand Side Management for Columbia Gas of Ohio, said that his company has invested in energy efficiency programs, including for low-income people, since 1983. He indicated that in the midst of the state’s fracking-driven natural gas boom, there should be more emphasis on energy efficiency.

“There’s a lot of focus on shale right now, but I’d like to talk about the jobs and economic benefits of energy efficiency,” he said. “Shale is getting all the attention…it’s going to create a lot of jobs, it’s getting way more attention than the jobs we can create with energy efficiency.”

Laverty also said utilities or regulators should work with the real estate industry and mortgage lenders to better reflect the value of energy efficiency in home prices. In other words, if someone knew the value of a property would climb appropriately based on efficiency upgrades, they might be more likely to pursue them, or to pay more for an energy efficient home or business.

Meanwhile John Freitag, vice president of operations for the Illinois Association of Electric Cooperatives, demonstrated that sweeping energy efficiency programs and investments are possible even without state mandates. The co-ops, which serve much of rural Illinois — and the municipal utilities or “munis” that serve smaller cities — are not subject to the state’s Renewable Portfolio Standard or energy efficiency standard. Nonetheless many of the co-ops and munis have launched their own energy efficiency programs.

“The challenge for our sector is to design and promote energy efficiency measures that also work from the business aspect,” said Freitag. “If you serve on the board of a co-op or city council, you have a direct obligation to the bottom line…I think we’re meeting that challenge in a lot of good ways, but it definitely is a challenge.”

Energy efficiency projects typically offer a wealth of “non-energy benefits” for individual customers, society as a whole and utility companies.

For example new windows, insulation, appliances or lights typically mean more comfortable, attractive and user-friendly spaces. And decreased energy demand ideally means less power that must be generated by fossil fuel plants that pollute the air and water. Benefits to utilities include fewer hassles and greater customer satisfaction when electricity flows smoothly and spikes in demand don’t burden the system.

Utility officials and environmental experts at the Energy Solutions conference agreed that such non-energy benefits should be figured into evaluating and promoting energy efficiency programs. But figuring out how to quantify them is subjective and complicated.

Rebecca Stanfield, senior energy advocate with the Natural Resources Defense Council, said that many analyses presented to the public and policymakers “consistently, knowingly and dramatically undervalue the benefits of energy efficiency.”

Consultant Steve Schiller noted that the way a given utility’s energy efficiency programs are designed, and how the non-energy benefits are quantified, can play a major role in their success.

He noted that when different components of an energy efficiency plan are examined in isolation, some might not pass a cost-effectiveness test. But if a portfolio of programs is evaluated in its entirety, programs that offer important non-energy benefits can be carried along by other programs that deliver more bang for the buck.

And there can be tough questions. For example how do you deal with the issue of “free riders” who benefit from investments without contributing; and when energy efficiency investments are made for various reasons, to what extent does a utility get “credit” for the investment toward its mandates or goals?

“If you do a window retrofit and part of it is for savings and part is for broken windows, how do you assign that?” asked Schiller, who was formerly a staff scientist at the Lawrence Berkeley National Laboratory.

Plenty of utility customers have already installed efficient lights and appliances, and even smart meters to monitor and change their energy use. But conference speakers emphasized that there are deep gains still to be made in terms of public awareness and participation, which can lead both to important behavior changes and political will for policy shifts. Numerous utilities have created grassroots outreach and engagement efforts.

For example, ComEd held a competition to make public art projects out of old inefficient refrigerators and freezers. Through two separate Ambassadors programs the utility also provides paying jobs for youth and adults with developmental disabilities to advocate for energy efficiency. The youth program provides summer and year-round work for students in impoverished neighborhoods with high unemployment rates; while the adult program trained eight “ambassadors” and hired them to create interactive workshops or exhibits that they can share with larger audiences.

“Those teachers encourage their students to go home and become their home’s energy manager; they sit down with their parents and show them how they can save energy,” he said, comparing it to public outreach efforts promoting seatbelt use when he was a kid.

Burlington, a town of about 15,000 residents 45 miles southwest of Milwaukee, logged significantly higher energy savings compared to a “control town” of similar size without such a program.

“It’s about integrating into the community on the ground, pounding the pavement,” said Duffy. “And establishing trust.”

Strategist Jennifer Benz revealed that, perhaps surprisingly, people already do have a relatively high level of trust in their utilities. A phone survey of 1,008 people carried out by the Associated Press-NORC Center for Public Affairs found that utilities were the only institution trusted for information on energy by more than half of respondents, at 52 percent, while 48 percent trusted consumer groups. (Thirty-five percent trusted government agencies).

While respondents generally voiced strong support for energy efficiency, they were largely opposed to mandates either on the utility or on consumers. The study also asked respondents whether they did a better job conserving energy than their neighbors.