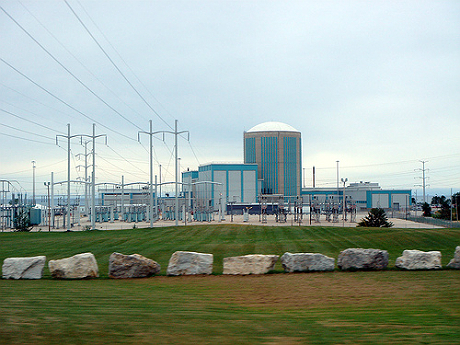 The president and CEO of Dominion said Wednesday that nuclear power will play a key role in meeting President Obama’s goal of lowering carbon emissions — despite the president’s silence on the energy source during his State of the Union speech.

Obama dedicated a significant portion of his address to energy and climate change but drew the ire of some industry groups and lawmakers for not mentioning coal, nuclear power or hot-topic issues like the Keystone XL oil pipeline project (E&E Daily, Feb. 13).

Any environmental movement that is “anti-carbon” will also need to be “pro-nuclear,” Farrell said, noting that activists like James Hansen of NASA are embracing nuclear energy.

Support for the industry on Capitol Hill is critical as developers try to compete with cheap natural gas, low power demand, a slew of new regulations and regional factors like the development of renewables. The nuclear industry is also bracing for the large-scale retirement of aging reactors while looking to the development of small modular reactors and new construction of larger units in Georgia and South Carolina.

Solar, wind and other renewable sources cannot meet the bulk of the country’s power demand in the coming decades and groups that believe they can are “engaging in absolutely fantastic thinking,” Farrell said.

“Can all that power be generated by renewable energy?” he said. “As a practical answer, no.”

Farrell said the United States hasn’t had a cohesive energy policy since World War II and currently has a “contradictory” and “overlapping” regulatory framework that is more akin to a tapestry, with parts overseen by various federal agencies and states. Crafting a cohesive policy should be a national security goal for the Obama administration, he said, and nuclear must play a part.

Farrell also touched on his company’s decision last year to shut down and decommission the Kewaunee Power Station near Green Bay, Wisconsin, which the company said was based purely on economics (Greenwire, Oct. 22, 2012).

Dominion bought the plant in 2005 — along with its purchase power agreement — and pursued several options in trying to sell the plant and power contract, Farrell said.

“We were unable to do all of that,” he said, adding that there is a plethora of wind and coal-fired generation in the area. “You have older coal plants there and a lot of wind coming on in the market, that’s creating a problem for base-load nuclear.”

The Midwest’s grid operator this week released a report that found closing the plant in the coming months will not jeopardize the regional electric grid’s reliability.

But the Obama administration has put forth funding for the development of small modular reactors and bolstered staff to look into export opportunities, and the president mentioned nuclear power in his State of the Union speech last year as part of his “all of the above” approach to energy.

Joe Zwetolitz, vice president of the American region at Westinghouse Electric Co., said he prefers to look to past years “when [Obama] referred to nuclear by name.”