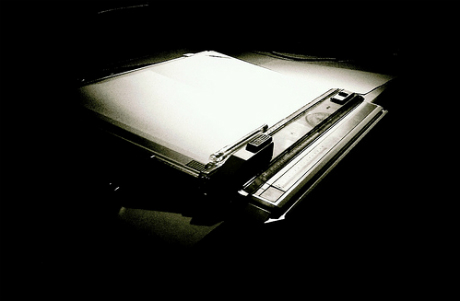 What does it take for an early-stage company with a potentially game-changing technology to snag the investments they need to make it in today’s clean-energy marketplace?

At a pitching session on Monday night before hundreds of people at the annual conference of the Advanced Research Projects Agency-Energy (ARPA-E), leaders of eight start-up companies vied to find out.

What they learned was that even a good idea and a working concept aren’t necessarily enough to get venture capitalists to part with their money.

At the event, each company leader gave a three-minute pitch to a panel of four experienced clean-energy investors, and, after some Q&A, the investors offered some tough judgments—and advice to help the company attract the cash it needed to grow.

‘The next radical technology’

The idea, said Graham Lawlor, the organizer, was to help promising early-stage clean-energy companies make it to the next level—and offer an educational experience for a conference full of clean-energy professionals. Lawlor runs Future Energy, a division of Ultra Light Startups, a company that organizes similar investor-pitching events in tech-friendly areas such as Boston, New York and the Silicon Valley.

“We’re trying to find the next radical technology—the ones that are going to change the world,” Lawlor said.

Two hundred companies competed for the opportunity to pitch the investors publicly. Half of the entrants were eliminated because they were already too big, Lawlor said. The initial judging of the remaining entries was crowd-sourced to an online audience. At the event on Monday, a crowd of hundreds selected the top companies based on their leaders’ presentations.

The eight finalists had invented technologies as varied as a Frisbee-like wind turbine, wireless charging for electric vehicles, a solar-powered air conditioning unit, and a nuclear-waste-eating technology.

How to make a pitch

The clean-tech investors judging the panel hailed from top venture capital and angel investment firms specializing in technology, firms that had collectively invested billions of dollars in scores of start-up companies.

Although the advice they offered was tailored to each company, some common themes emerged:

• Identify the market you’ll sell the product to first. Who are the consumers? Who are the industry partners? Partners were particular important in mature industries that require high capital investments.

• Get your numbers straight before pitching investors, and present them in language tech investors are familiar with.

• Be absolutely clear about what sets your technology apart from existing technologies and what problem it’s going to solve.

“Find where the greatest pain is, the greatest need, and focus there first,” David Wells, a partner in the green tech practice of Kleiner Perkins Caulfield & Byers, a leading Silicon Valley venture capital firm, told one company leader.

For Stuart Forrest of BDL Water, who took second place in the audience voting, the pain came from fracking.

“There’s a crisis going on in frack water. It’s not a problem—it’s a crisis,” Forrest said.

The company’s technology, Forrest said, is five times more effective than current methods at removing dissolved solids from the wastewater, and it does it on site where the frack water emerges from the ground, allowing the gas company to recycle the water and frack with it again rather than ship it somewhere else.

The company was seeking $10 million to scale up from their current model, which can treat 1,200 gallons a day, to a pilot plant that could treat 25,000 gallons a day.

“We know we can deliver what the industry looks for,” Forrest said. “We predict within two years a revenue stream exceeding $250 million annually,” he added.

“Going from startup and field trials to $250 million in two years is not really very credible,” he told Forrest following his pitch. “In this business you have to raise very expensive capital. A lot of investors are going to dismiss it.”

Instead, he offered advice. “I would try to raise less than $10 million in this round—raise less capital and make more modest projections.”

‘Almost too good to be true’

Although the audience picked Russ Wilcox of Transatomic Power as their most promising company, the investors still had reservations about scaling up the company’s nuclear reactor design.

The inspiration for the company came from the Fukushima disaster, said Wilcox, who had previously led a company that developed the electronic paper display now used in Amazon’s Kindle. In today’s nuclear power plants, solid uranium fuel traps heat, which can lead to a core meltdown and a steam explosion.

Transatomic’s design uses liquid fuel instead. “We can reduce long-life waste from tons to a few kilograms. And we can burn spent nuclear fuel that would otherwise be stored under Yucca Mountain,” Wilcox told the investors.

Transatomic has raised $1 million and was asking for $9 million of investment for for benchtop experiments to prove out and calibrate a model the company has already built, Wilcox said. He said building a nuclear plant using the company’s technology would cost $1.7 billion for a 500 MW power plant, as opposed to $6 billion for a conventional 1 GW power plant

The investors grilled him to see if his company was viable and how it could be scaled up.

“It’s a huge leap. The idea of burning waste fuel seems almost too good to be true,” said Richard Smith of Shell’s GameChanger team, which invests in what they view as revolutionary technologies and business models. “Good luck,” Smith told Wilcox.

“We have a saying, If they can do what they say they can do…,” said David Miller, the founder and Executive Managing Director of Clean Energy Venture Group (CEVG).

Whether or not these companies could remains an open question, and the event revealed the difficulty of scaling up even the most promising clean-energy technologies to market

And the Future Energy competition offered some lessons for Lawlor, the organizer, as well.

“You can clearly see people care about how energy is produced and about the environment,” he said. “They really want to see solutions to some very big problems.”

Editor’s note: An earlier version of this story incorrectly stated Transatomic’s intended purpose for the $9 million it was seeking.