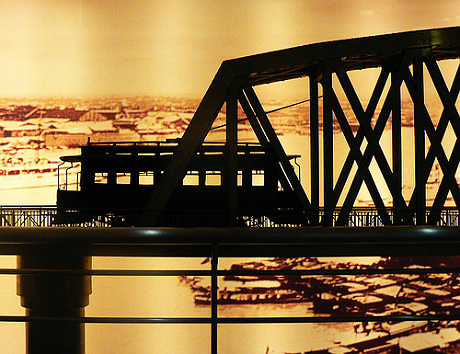 In Shanghai, Peggy Liu’s family has largely adapted to China’s chronic air and water pollution — even accepted it as part of the price to pay for living in one of the world’s most vibrant, compact and convenient cities.

But it’s going to take more than water filters and pollution masks to survive China’s next looming environmental disaster.

It’s going to take a dream.

China’s middle class is projected to grow from 474 million today to 800 million by 2025, and Liu is among many sustainability experts concerned about the unprecedented strain that growth will put on the planet’s resources.

Liu, co-founder of the Joint U.S.-China Collaboration on Clean Energy (JUCCCE), spoke at an Ensia Live event Wednesday at the University of Minnesota about her solution: the new “China Dream” (Midwest Energy News is a media sponsor for the Ensia Live series).

At its core, it’s about giving China’s growing middle class a new, greener path to aspire towards — one that doesn’t emulate the “American Dream” of ever-growing consumerism.

“What we need to do is decouple the rise of living standards with the traditional rise in energy use and consumption,” Liu said.

Up to now, most of China’s pollution has been driven by the West’s desire to consume, Liu said. “This isn’t just China polluting for polluting’s sake.”

But China is quickly shifting from “made in China” to “consumed in China.” It’s the fastest growing market for everything from SUVs to soft drinks, and its per-capita carbon footprint is expected to catch up to the United States’ by 2017.

“We cannot continue to blindly follow the American lifestyle. This is simply unsustainable for China and the world,” said a Chinese housing and development vice minister, Qiu Baoxing, at a recent JUCCCE training event for mayors.

Since 2007, JUCCCE has organized community discussions about what a sustainable Chinese Dream should look like. It’s also promoting its own vision, translated as the “Harmonious Happy” dream.

JUCCCE is working with bloggers and journalists, marketers and ad agencies, and others to promote the Harmonious Happy values everywhere from social media to soap opera scripts.

A key to the concept is portraying sustainable lifestyles as something to aspire to, something that signals that you’ve arrived, rather than something done out of fear or shame.

The clock is ticking, though. JUCCCE believes it has just a few years for the China Dream meme to catch on or else they will lose momentum.

Liu is optimistic. When it comes to policies, China has the resources and the willingness to “throw spaghetti at the wall” and see what sticks. Its centralized leadership structure allows change to happen very quickly.

When she looks out the window of her high-rise apartment in Shanghai, the dust and disruption outside is easier to bear knowing that part of the construction is for a major subway expansion, which will improve sustainability.

“We know that good change, that progress is coming,” Lui said.