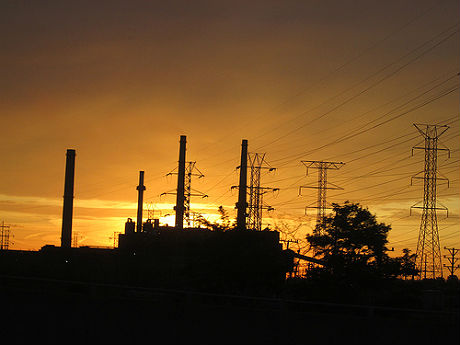 The Waukegan power plant in Illinois. (Photo by ribarnica via Creative Commons)

The Illinois Pollution Control Board on Thursday granted Midwest Generation two extra years to meet a state multi-pollutant standard that would require they install emissions controls on their four Illinois plants by 2015 and 2016.

At a January public hearing in the suburb of Joliet, officials with Midwest Generation and its parent company Edison Mission Energy told the board that the company – which is in Chapter 11 bankruptcy proceedings – does not have the financial means to make the required upgrades by the deadlines.

Environmental leaders and many local residents told the board that the state should not allow Midwest Generation to delay controls for financial reasons, and that they feared the company did not actually plan to install pollution controls but just wanted to run the plants longer before closing them.

Meanwhile, local business leaders and Midwest Generation employees and suppliers asked the board to grant the variance since they feared otherwise the plants would close and the economy would suffer.

In January, Midwest Generation president Douglas McFarlan told the board that “we are indeed immersed in financial hardship but we’re still operating a viable fleet of power plants in this state and we’d like to continue to do so.”

Environmentalists were especially angry that one of the plants, in Waukegan, was granted more time to install pollution controls, since the plant had already received a variance within the past year.

Many experts consider the plant likely to close in coming years. An Edison International presentation posted for its Nov. 1 shareholder call noted it was “less likely” money would be spent retrofitting the Waukegan plant.

In a statement released by the Sierra Club, Waukegan teacher Diane Ower was quoted saying: “As a teacher of hundreds of young Waukegan students, I am deeply concerned to see the Illinois Pollution Control Board give Midwest Generation more time to comply with Illinois pollution standards when they’ve already had years to prepare.”