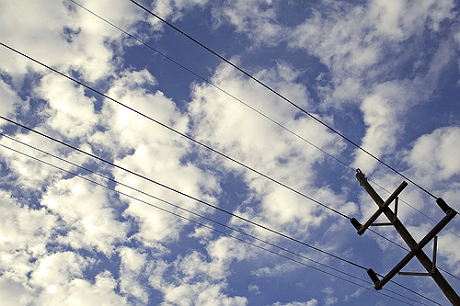 A bill that would would allow Indiana utilities to pass along the costs of new transmission, distribution, and storage infrastructure investments directly to ratepayers – without filing a rate case before state regulators – is advancing through the state legislature.

The omnibus regulatory reform bill (SB 560) is supported by the Indiana Energy Association, a trade group that represents the state’s investor-owned utilities. It passed the state House in March and was sent back to the Senate with amendments.

Among other things, the legislation would facilitate a new utility cost recovery “trackers” for infrastructure including distribution, transmission, and storage facilities. Currently, such costs are allowed for recovery only via rate case filings, which can take a year or more to process.

The bill would also allow utilities to “self-implement” rate increases if the Indiana Utility Regulatory Commission (IURC) fails to act within 300 days (the money would be refunded to ratepayers if the increase is rejected after the fact). A House amendment would limit the increase to 50 percent of that proposed. Also, utilities electing such trackers would have to file base rate cases every seven years.

Trackers are already widely used in the state by utilities for fuel, pollution controls,and recovery of costs associated with membership in regional transmission organizations MISO and PJM.

The bill also requires a study by the legislature’s Regulatory Flexibility Committee on the merits of allowing retail electric customer choice. The study — and any associated legislation — would be due November 1.

However, Ed Simcox of the Indiana Energy Association told a House hearing on the bill that there is no relationship between the trackers and the rising rates.

Indiana previously studied electric retail choice in 1999, but the issue lost momentum following controversy over deregulation in California and was not pursued given the state’s low rates at the time. Neighboring states Ohio, Illinois, and Michigan all did go to some form of customer choice.

SB 560 also allows rate discounts for customers that attract or create jobs, subject to approval by the Indiana Economic Development Commission. Simcox told Midwest Energy News that this provision, along with a provision that allows expansion of gas service to rural areas, was not controversial.

“As utilities seek to encourage job creation through affordable energy and ongoing infrastructure investment, SB 560 gives shareholders greater confidence in the opportunity for return,” he continued.

Last week, the Citizens Action Coalition sent an open letter to Indiana Governor Mike Pence urging a veto of the legislation, which they say shifts the risk from the utility investors to the ratepayers. In the letter, Kerwin Olson of the CAC warned that the bill jeopardizes Indiana’s position as a low-cost state. He noted the state is already 24th highest in the country for total electric bills.

Regarding the 300-day timeline for rate cases, IURC spokesperson Danielle McGrath told Midwest Energy News that “from a process standpoint, certain changes will need to be made.”

“This will require dialogue among all stakeholders and a common understanding as to how the process will be different going forward should this become law,” she continued.

Indiana’s legislature adjourns on April 26, action is expected on or before that date.