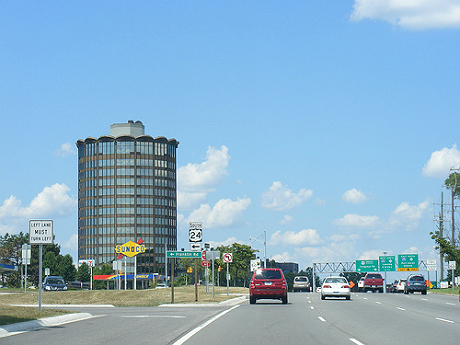 Southfield, Michigan was the first city to sign on to Lean and Green Michigan's PACE district. (Photo by Sean Marshall via Creative Commons)

But so far few have been able to take advantage of the program, because most cities and counties lack the resources or expertise to administer it.

Andrew Levin, a lawyer based in the Detroit suburb of Bloomfield Hills, wants to change that.

A PACE district allows property owners to use the property tax mechanism to pay for energy improvements. Owners voluntary take on special assessments, which are paid off as part of property tax bills.

While cities and counties can establish districts on their own, Levin said the process is complicated and involved. According to the Department of Energy, Ann Arbor is the only Michigan city that has established a PACE district independently.

Instead of many jurisdictions each having their own district, Lean & Green simplifies the process and uses what Levin calls a “shared services” approach. He says this is beneficial for owners who have properties in multiple jurisdictions but now have to deal with only a single PACE district. Banks also have a larger pool of projects to finance.

“We basically run the district but we do it with cooperation with officers in each district that joins,” Levin said.

Unlike Ann Arbor’s program, which was initially financed through the sale of municipal bonds, Levin says Lean & Green deals are funded through private-equity and bank partners, creating an “open market for all manner of private capital,” as he called it.

Partners in the initiative so far include Johnson Controls, Lockheed Martin and Wells Fargo.

Under the Lean & Green program, an owner completes an energy audit, and then a lender underwrites the project. The third-party administrator reviews the owner proposal and, upon approval, the lender funds the project. Levin said entities such as banks, credit unions and private-equity firms finance the improvements, depending on the situation, although ultimately the property owner foots the bill.

If the owner of a property with PACE financing goes under, the financial arrangement transfers with the property – which Levin calls a “huge win for lenders.” If a property faces foreclosure, the bank will get the assessment, which then would be transferred to the new owners.

The assessment, Levin pointed out, also allows for long-term financing and acts as a loan guarantee for the lender. A property owner who takes out a regular commercial loan might have eight years or less to pay it back, while PACE financing can take place over 15 years.

Lean & Green already has established PACE districts in Ingham County and the Detroit suburb of Southfield.

Sandra Gower, director of the Ingham County Economic Development Corporation, said being a PACE district gives the county a mechanism for voluntary assessments by property owners. If owners want to develop energy-efficient improvements, it can help, she said. A PACE district also provides security to the lending institutions.

“It benefits the county because it’s a service for business,” Gower said.

Rochelle Freeman, business development manager for Southfield, said the city has many older office properties in need of upgrades, so being a PACE district provides an extra tool to seek financing.

However, Levin said the benefits extend far beyond the property owners and lenders.

“We are saving energy, reducing carbon emissions, reducing the need for fossil fuels, all together, to adding new renewable energy-generating capacity,” he said. “You have improved the business climate because you have this green thing going on in a market kind of way.”

Lean & Green will participate in meetings and government hearings to inform the public about the initiative, including an April 18 NextEnergy Finance Forum in Detroit and a May 7 Energy Conference & Exhibition sponsored by the Engineering Society of Detroit and DTE Energy in Novi.

Christie Bleck is a freelance writer based in Marquette, Michigan.