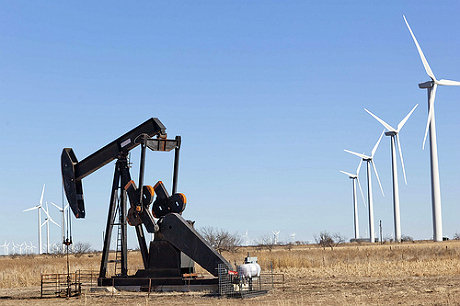 A proposal to allow renewable energy developers to take advantage of a tax structure that has long been popular among fossil fuel companies is gaining traction among lawmakers tasked with overhauling the tax code.

Rep. Kevin Brady (R-Texas), who is leading a working group examining energy tax provisions, praised the idea of opening master limited partnerships (MLPs) to renewable energy companies. The structures have been popular among oil and gas, pipeline and coal companies as a way to attract investors, but current law does not allow renewable companies like wind and solar developers to use them.

Legislation allowing wind, solar and other renewable energy companies to establish MLPs will be reintroduced in the House and Senate later this month, and the idea has emerged as a key focus of the renewable energy industry and policy watchers as Congress pursues its overhaul of the tax code.

“We’re going to dig into it, because it is one of the most efficient ways to both raise and distribute capital from individual investors at a time where renewed energy infrastructure [is needed] in a serious way,” Brady told E&E Daily last week.

A Coons spokesman said the ongoing tax reform discussions will be a key venue to advance the MLP proposal but stressed that it was not the only avenue for getting the proposal enacted.

“This is an idea that has really gotten this attention because it’s simple and it’s basic and it’s fair and this is the time,” spokesman Ian Koski said.

MLPs are taxed as limited partnerships, but they allow investors to purchase shares in companies that are traded like stock on an exchange. Proponents say they allow for a more diverse array of investment and reduce overhead costs.

Renewable energy developers currently rely primarily on federal tax credits to reduce their costs — the production tax credit, which provides $23 for every megawatt-hour of electricity generated, benefits wind, geothermal, biomass and some hydro developers, while the investment tax credit is primarily used by solar companies to recoup up to 30 percent of their costs.

But because many companies’ tax bills are too small to fully claim those benefits, they have to rely on tax equity markets to partner with banks or other large firms that essentially purchase the tax benefits. Industry sources have complained that that arrangement creates high overhead costs, and some in the industry are looking at MLPs as a cheaper way to raise the money they would need.

Brady’s working group spent two hours meeting with eight companies in his suburban Houston district during the congressional recess earlier this month. The meeting included several energy stakeholders, including representatives of the oil, natural gas and wind industries, he said.

“Cost of capital” was a key concern of all the companies present, with the wind representatives expressing interest in expanding MLP eligibility while the oil and gas officials stressed the importance of their existing intangible drilling costs deduction, which allows companies to avoid taxes on a variety of expenses from rig rentals to worker salaries.

“Energy is just capital intensive, no matter where you are in that space, and then of course the certainty of provisions moving forward,” Brady said in a brief interview off the House floor Friday. “And they recognize that status quo, overall, is not an option. But there are various segments focusing on what are the best existing provisions for the cost of capital, the ability to recover.”

Brady’s is one of 11 working groups that have been meeting since February to delve deep into the details of specific tax reform topics (E&E Daily, Feb. 28). The groups will submit their findings today to the Joint Committee on Taxation, which is expected to have a report back to the House Ways and Means Committee by next month.

“I’m certainly aware, and very interested in a number of discussions about different approaches, such as extension of master limited partnerships [or] REITs to clean energy,” Moniz said during his confirmation hearing before the Senate Energy and Natural Resources Committee. “Those, or others that can help move a lot of kind of private capital into the game would be very, very, very interesting, and I would love to work on those with the members.”

The president’s budget proposal last week included no mention of MLPs or related “pass-through” entities, and there are lingering questions over how supportive the administration would be. Last year, the White House released a tax plan that “obliquely, but unmistakably” criticized the existing uses of such structures, noting that they allow large companies to avoid some tax liability, according to a note released last week by the research firm ClearView Energy Partners.

“Given last year’s precedent, we would suggest it may be too soon to conclude that the White House has abandoned its rhetorical stance vis-à-vis publicly traded partnerships,” ClearView’s note said, “although recent Administration flirtation with proposals to broaden the list of MLP/REIT qualifying sources reinforces this ambiguity.”