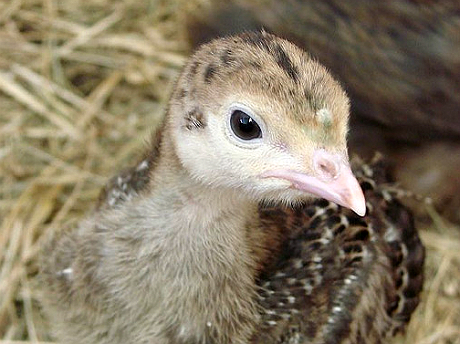 At precisely 6 a.m. each morning, Mike Langmo’s turkeys experience a perfect sunrise, regardless of the season or weather.

There’s some evidence that dimming schedules like these can help better regulate the birds’ circadian rhythms, possibly resulting in healthier, more productive flocks.

While “the jury is still out” on some of those claims, says Langmo, he’s already convinced of another benefit of LED lights: cost savings.

“Energy is an out-of-pocket expense for me,” says Langmo, of Lakewood Turkey Farm in Eden Valley, Minnesota.

The LED lamps are 87 percent more efficient than the 100-watt incandescents that used to line the barn’s ceiling. Even after increasing the number of lights, the barn is still using less electricity.

Langmo learned about the technology a few years ago after meeting an LED lighting vendor at a trade show. Today, he’s part of a state-funded study that’s trying to document the performance of LED lighting in poultry barns.

The Minnesota Project, a St. Paul non-profit that works on rural economic issues, received a grant from the Minnesota Department of Commerce in 2011 to evaluate the products’ potential to be included in utility conservation programs.

“Any way that we can help farmers reduce their production costs is beneficial to farmers individually and rural economies in general,” says Fritz Ebinger, The Minnesota Project’s clean energy manager.

The project partnered with Once Innovations, a Twin Cities company that manufactures LED lights for poultry and livestock barns, and recruited a dozen farmers to test out the lights in their barns.

The Minnesota Project released a mid-point report in November that shows the bulbs, so far, are holding up under the hot and dusty conditions inside a typical turkey barn.

Once Innovations introduced its AgriShift Poultry Light in January 2010, but initially the lamps were too expensive — $64 per bulb — for most farmers to seriously consider.

Since then, the price has come down considerably, to about $35 per bulb. After utility rebates and other discounts, customers often pay less than $10, according to Brian Babb, head of new business development at Once Innovations.

Sales have also been slowed by the drought and relatively high feed and fuel prices in recent years, which have squeezed farmers’ margins and left them with less cash for investing in lighting or equipment upgrades, says Babb.

“Now that they’re starting to get a little bit of wiggle room, we’re seeing the adoption is starting to quicken,” says Babb.

One factor is federal lighting standards, which are phasing out inefficient incandescent bulbs, but a bigger reason is that more rural utilities are offering rebates for lighting retrofits, he says.

While there seems to be a lot of interest in LED lighting, Selseth says, most of the applications Great River Energy gets for lighting rebates involve converting to some type of fluorescent bulb.

Neither the Minnesota Turkey Growers Association nor the National Rural Electric Cooperative Association were aware of statistics for agricultural LED use, but Ebinger says the numbers are still small.

Farmers are primarily interested in LEDs because of the energy savings, but some also dislike compact fluorescents and have concerns about mercury contamination if CFLs break inside barns.

LED lamps also give farmers more control over color and brightness, allowing them to schedule dimming programs like the one used in Langmo’s barn.

Under the right lighting conditions, “the birds get back into that natural rhythm,” which can lead to less fighting and more efficient weight gain, says Babb.

The Minnesota Project study, however, is looking only at energy savings, performance and durability of the lighting. Other possible benefits to the birds is beyond its scope.

Measuring those other benefits is complicated because of the number of variables involved. Turkey’s temperament naturally varies, and disease and other factors can easily affect the outcomes.

For what it’s worth, Langmo says the turkeys in the LED barn seem to be converting food to weight a little more efficiently than those in another barn with high-pressure sodium lights.

Mohamed El Halawani, an animal science professor at the University of Minnesota, says scientists are just beginning to understand how lighting affects turkeys. His research has shown that a specific wavelength of red light improves reproduction in turkeys.

In general, though, farmers should be skeptical and ask questions about lighting claims and the research that supports them, he says.

The biggest barrier for LED lighting in poultry barns is cost. Langmo estimated that his lights would pay for themselves in about a year and a half, but they were heavily subsidized by the study and the manufacturer.

Questions also need to be resolved about the quality of light and the amount of bulbs needed. Langmo, for example, doubled the amount of lights after workers complained about being unable to see well enough in the barn.

One goal of the Minnesota Project study is to give rural utilities information so that they can design more successful rebate programs around LED lighting on farms, says Ebinger.

Babb is hopeful this might be the year ag-barn LEDs move beyond the early-adopter phase.

“Once you hit that tipping point of acceptance, it’s going to happen really quick,” says Babb. “We expect to see something in the neighborhood of 50 percent penetration in less than five years.”