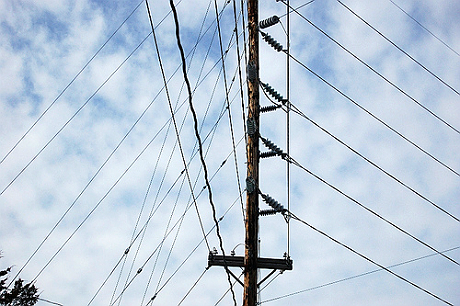 An Iowa utility with plans to build a new natural gas-fired power plant is also cutting back on efficiency efforts, in what advocates say is a case of misplaced priorities.

Several organizations have critiqued a five-year energy efficiency plan filed in November by Interstate Power and Light (IPL), one of three investor-owned utilities serving the state. Every five years, Iowa’s large power companies are required to submit a plan to state regulators for reducing energy consumption over the next five years.

Interstate’s latest proposal, to take effect on Jan. 1, left some of the state’s efficiency advocates underwhelmed.

“They’re leaving a lot of energy efficiency that is achievable on the table,” said Josh Mandelbaum, a Des Moines-based staff attorney for the Environmental Law & Policy Center. The center, together with the Iowa Environmental Council and the Iowa Policy Project, last month filed a response to Interstate’s plan.

All three groups are members of RE-AMP, which also publishes Midwest Energy News.

Interstate’s overall goal – to reduce retail sales of electricity by 1.1 percent annually from 2014 through 2018 – would be a slight reduction from the 1.3 percent average annual reduction it achieved from 2009-2012. Iowa law allows utilities to pass efficiency costs on to ratepayers; Interstate proposes cutting those reimbursements from $73.1 million in 2012 to $62.6 million in 2014.

Interstate’s goal falls far short of reductions deemed feasible by a recent study commissioned by the state’s three large utilities. The study, done in 2012 by The Cadmus Group, a consulting firm, estimated that given optimal conditions and aggressive efforts by Interstate, it could cut retail electricity sales by just over 2 percent each of the next five years, or about twice Interstate’s goal.

“We don’t see any good reason why they’re not going after more (efficiency)” said Nathaniel Baer, energy program director for the Iowa Environmental Council. “If they’re leaving the most economical and cleanest source of power, then they’re going after sources that are more costly and more polluting.”

Running out of opportunities to save?

Interstate intends to build a 600-megawatt natural gas-fired power plant near Marshalltown, to go into operation in 2017. Baer and Mandelbaum challenge the company’s pursuit of another plant at the same time that, in their view, Interstate isn’t working hard enough to meet future demand through energy efficiency.

“I think the company is focused on that rate of return (from building and operating a new power plant) and not on the environment or the Iowa economy,” Baer said.

“Our energy resources plan incorporates efficiency and diversifying our energy portfolio,” he said. “It isn’t either/or.”

The “key,” according to Baer, is increasing the subsidy to customers who invest in efficiency upgrades such as more-efficient light bulbs and appliances. Currently, he said, Interstate’s subsidies vary, but might average in the neighborhood of 50 percent of the extra up-front cost of efficient products. The Cadmus study suggests that utilities pay 100 percent of those costs.

Although it’s not really clear to what extent Interstate’s customers already have made efficiency upgrades, Baer said there likely are many customers who haven’t moved to more efficient products. Bigger incentives might get them on board, he said, as well as possibly encouraging earlier adopters to embrace more recent or upcoming technological advances.

Foss, however, said further incentives likely would be wasteful and redundant. The greatest efficiencies have been wrung out of the system already, and additional efficiencies would provide lesser results for a greater cost.

In the proposal it filed with the state’s utility regulator, Interstate said, “IPL must dedicate ever greater resources to capturing deeper energy savings from harder-to-reach customer segments and later adopters.”

For example, Foss said, “if you bought a furnace two years ago, and you went from 80 to 95 percent efficiency, and now there’s a furnace out there that’s 97 percent efficient, are you going to replace your two-year-old furnace?

And if you bought compact fluorescent bulbs a year ago, will you – and should you – throw them out now in favor of more-efficient LED bulbs?

“That’s the question people have to ask themselves,” Foss said.

‘Get all savings possible’

More customers would move towards efficiency if it were, in a manner of speaking, delivered to their door, Johnson said. In his response to Interstate’s plan, Johnson said utilities don’t provide enough technical assistance to customers. In general, he said, utilities provide audits, reports that typically end up on a high shelf to gather dust.

If utility customers could consult with an energy planner from their community, who would not only assess their current efficiency needs, but also nudge them until they make the improvements, efficiency would take a great leap forward, according to Johnson.

Winneshiek has experimented with what Johnson terms “energy planning,” with the result that 90 percent of 50 businesses that received an energy audit went on to make at least one of the recommended efficiency improvements.

Johnson and other critics say Interstate could achieve more efficiency with a greater focus on industrial and commercial customers. Baer said Interstate should, for example, nudge industries towards construction of combined heat and power plants, which can dramatically improve efficiency by making use of waste heat.

Data centers in particular are ripe for efficiency improvements, critics said. Iowa is attracting a growing number of data centers – most recently Facebook, as well as those of other large institutions such as universities and hospitals.

“It’s a fast-growing energy-use sector,” said Baer. “We think they need to focus on those and get all savings possible.”

The potential is great, said Mandelbaum, given that, per square foot, data centers typically use about 100 times as much energy as more typical offices.

He and Baer also take issue with Interstate’s proposed termination of an incentive for customers who install renewables on-site, which can help offset demand. Interstate launched a pilot project in 2008, then instituted it statewide in August 2011. The company says the program has gotten very few takers, and hasn’t proven cost-effective.

However, Mandelbaum points out that in 2012, the program paid rebates to 57 customers, and that in the first three months of 2013, 32 customers qualified for rebates. At that rate, he said, the response in 2013 would more than double that of 2012.

“That to me is a sign that the program is working,” he said.

The bottom line, Mandelbaum said, is that efficiency planning calls for expansive thinking. The fact that the plan reaches five years into the future, “makes it that much more important that you be aggressive and forward-thinking.”