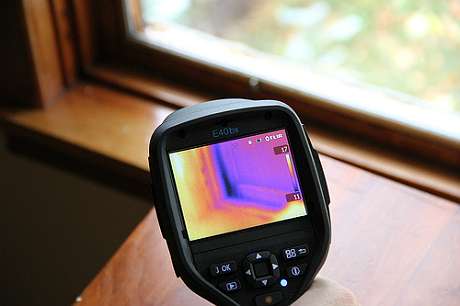 A new report suggests that Wisconsin’s energy efficiency incentives are back on track following an administrative shake-up two years ago that brought major changes to the program.

An independent evaluation released last week says Focus on Energy achieved greater electricity savings and a higher participation rate in 2012 than any other year in the program’s history.

And more than a million residential and business customers received direct incentives for energy efficiency or renewable energy projects, a nine-fold increase from the previous year.

“It’s clear that the program is back on track and seeing the kind of great results it always has,” said Keith Reopelle, senior policy director for Clean Wisconsin, a Madison environmental group. (Clean Wisconsin issued a press release here.)

The report covers the first full year since the Wisconsin Public Service Commission hired Louisiana firm CB&I, formerly the Shaw Group, to administer Focus on Energy, which had previously been run by a Madison nonprofit.

The transition was bumpy at times. The new administrator riled renewable energy installers, for example, by suspending wind and solar rebates for 10 months while it evaluated their cost effectiveness.

Focus on Energy’s programs created $2.89 in benefits for every $1 spent on incentives and administration in 2012, according to the analysis, conducted by the Camus Group. Comparisons to past years are difficult to make because a different formula was used.

By any measure, it’s clear the program is delivering value to the state’s utility customers, said Charlie Higley, executive director of the Citizens Utility Board of Wisconsin

“This program is saving money for customers. That’s why the Citizens Utility Board likes it so much,” Higley said. “The more we spend on energy efficiency, the more we save, and there are very few programs of any kind that do that.”

Higley added that even those who don’t directly participate in the incentive programs benefit because they help reduce overall utility costs.

Focus on Energy program director Bill Haas said he’s personally most excited about the increase in customer participation seen over the last year.

“Part of the restructuring of Focus on Energy was really geared towards providing more opportunities for Wisconsin utility ratepayers to participate in the program at home and at work,” Haas said.

One example is changes made to its residential lighting and appliance program, which works directly with retailers to offer markdowns or coupons for light bulbs, low-flow shower heads and other energy-saving products.

Reopelle said the achievements in part reflect a shift in emphasis by the Public Service Commission, which made a decision to prioritize immediate energy savings over longer-term marketing and educational programs.

A staff person for the PSC said all three commissioners were unavailable or declined to comment Tuesday afternoon.

Nevertheless, he said the evaluation shows the efficiency programs are working.

“It shows that Focus [on Energy] can be an effective program,” Wichert said. “The state legislature should look at this and consider kicking up the funding.”

Clean Wisconsin, the Citizens Utility Board, and RENEW Wisconsin are members of RE-AMP, which also publishes Midwest Energy News.