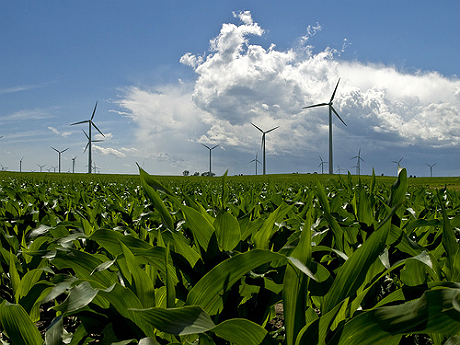 Support in the Illinois legislature is slowly growing for a proposal that backers say will save ratepayers millions while freeing up state renewable energy funds currently sitting unspent.

But the proposed bill faces an uphill political battle because of opposition from ComEd’s parent company Exelon, whose nuclear fleet could face competition and depressed power prices with more wind power on the market.

Illinois energy experts have for months been calling for reforms to the state’s renewable portfolio standard (RPS). The massive shift away from utilities to community aggregation and alternative electricity suppliers has exacerbated a quirk in the law that now means customers are paying millions of dollars into a fund for renewable energy that is languishing untapped.

Meanwhile, the state risks failing to meet mandatory benchmarks in the RPS; and even the renewable power that is being bought for Illinois customers is largely through short-term contracts for renewable energy credits that could come from wind farms in Texas or other states.

How the current law works

The Illinois utilities Ameren and ComEd and the alternative suppliers that now serve the majority of Illinois customers all channel a small fraction of customer payments toward renewable energy. These funds go into separate “buckets,” as energy experts describe it.

The Illinois Power Agency decides where ComEd and Ameren get their power and how they meet their obligations under the RPS, including through buying renewable credits.

Alternative suppliers purchase renewable energy credits and also pay into an Alternative Compliance Payment (ACP) fund to meet their RPS mandates. The fund currently has $15 million and is expected to mushroom to as much as $130 million in the next 18 months.

However, according to the language of existing law, that money cannot actually be used to buy power or renewable energy credits any time soon.

That’s because the law says the ACP money can only be used when the Illinois Power Agency is buying renewable energy or credits on behalf of ComEd and Ameren. But since ComEd’s and Ameren’s customer bases have shrunk so drastically due to aggregation, they have already purchased more than enough renewable energy to meet their RPS requirements.

Meanwhile, the fund can be swept by the state for other budgetary needs, a move experts say is likely given the state’s budget crunch.

Adding an additional wrinkle, the renewable energy charge paid by alternative supplier customers is pegged to the amount paid by ComEd and Ameren customers. And that charge is at the highest level allowed by law, because the utilities are struggling to recoup costs since aggregation slashed their customer base.

“A lot of the math that goes into estimating the cost of compliance isn’t connected to the market at all – it is based on this formula and the formula is wrong,” said Mark Pruitt, an energy consultant who formerly headed the Illinois Power Agency.

Pruitt did an analysis predicting that the proposed legislation, Senate Bill 103, would save Illinois ratepayers with alternative suppliers up to $280 million between 2014 and 2017, compared to the situation if the RPS is not “fixed.” Illinois Commerce Commission executive director Jonathan Feipel said the commission agrees with those findings.

The bill would abolish the ACP fund and the “separate buckets” for renewable energy monies. Instead, it would allow the Illinois Power Agency to purchase renewable energy on behalf of all Illinois customers, regardless of whether they are with utilities or alternative suppliers.

The legislation would move the renewable energy charge from the generation side of the bill to the distribution side, streamlining things since all energy is delivered by the utilities regardless of who generates and procures it.

Currently, alternative suppliers are only willing to enter short-term contracts with power providers, because they don’t know how long their customers will stick with them. Even though scores of communities have chosen aggregation with alternative suppliers in the past few years, many of those customers may go back to ComEd and Ameren in the future.

If the RPS fix bill passes, the Illinois Power Agency could confidently negotiate long-term contracts with renewable power producers, because it would not matter if customers were with the utilities or with the alternative suppliers – all Illinois customers would channel dollars for renewable energy into the same “bucket.”

“With all that churn you need to have more stability in the renewables market,” said Environmental Law and Policy Center co-legislative policy director Barry Matchett. “We’re trying to get the market back to the position where there is greater stability and less risk. If we’re able to get a more stable funding stream for renewables, it will result in a lower price for renewable compliance.”

Feipel said that in the current situation, it is as if the Illinois Power Agency’s “tool” for complying with the renewable portfolio standard is “a hammer split in half” – since the renewable energy funds are separated into different buckets, one of them essentially inaccessible.

“The current split system does cause problems,” Feipel said. “There’s no certainty. If you merge it all together and make it a single program, the power agency can do its job, and it helps meet the (RPS) mandate.”

Exelon: ‘The law is working as intended’

The senate bill passed the energy committee in March and currently has 12 co-sponsors. Governor Pat Quinn supports the legislation, with spokesman Grant Kinzman saying; “This is a common sense solution that will deliver lower energy prices for consumers and businesses; protect the environment; and drive more economic development and new jobs across Illinois.”

Clean energy proponents blame Exelon for the reluctance of many state lawmakers, including House Speaker Mike Madigan, to embrace an RPS fix. Exelon has been actively working to block renewable energy and natural gas development, because cheap electricity from these facilities are a threat to the company’s bottom line (a recent analysis by the Illinois Power Agency found that wind power drove down power prices by nearly $177 million in both 2011 and 2012).

An April study by the Better Government Association noted the company’s extensive lobbying muscle and political connections. People involved with the bill said negotiations involving Exelon representatives and other parties are ongoing, and the bill may change to reflect various interests.

Exelon spokesman Paul Adams offered this statement: “Exelon is a strong proponent of clean energy and supported the law that established the Illinois Renewable Portfolio Standard in 2007. The law is working as intended and, as a result, Illinois utilities and alternative retail energy suppliers are in full compliance, and the state’s wind energy industry is thriving.

“Since the RPS was established, Illinois has seen wind energy development accelerate and the state now ranks fourth for overall installed capacity in the U.S. Proposals to change the law are a solution in search of a problem.”

A ComEd spokesman referred questions about the bill to Exelon.

‘Obviously something has to change’

On May 15, the Clean Energy Trust and Advanced Energy Economy released a Zogby poll of 700 likely Illinois voters showing very strong support for renewable energy and for a fix to the RPS. More than 86 percent of respondents said it is important that Illinois “continue to get an increasing amount of its energy from secure and clean power sources,” according to the poll. And 77 percent supported legislation fixing the RPS, while only 8 percent opposed it.

It is unlikely respondents fully understood the extremely complicated components of the RPS dilemma or the fix. But advocates of the bill say public support for renewable energy in the state is clear, and the senate bill is a crucial starting point for ongoing efforts and negotiations.

Even if the bill passes, there is no guarantee contracts will be signed for actual new wind farms or other clean energy sources in Illinois. The RPS mandate could still be met with the purchase of credits, and there is also no guarantee the state would actually fulfill the RPS.

But Pruitt said, “It would definitely have a fighting chance to meet the goals. Right now we’re pretty much frozen.”

“It’s fairly obvious the current system is not delivering the way it’s supposed to be delivering,” Pruitt continued. “Obviously something has to change. If we’re going to change we might as well get to the point where we’re not only actually fulfilling the policy but reducing the cost of compliance.”