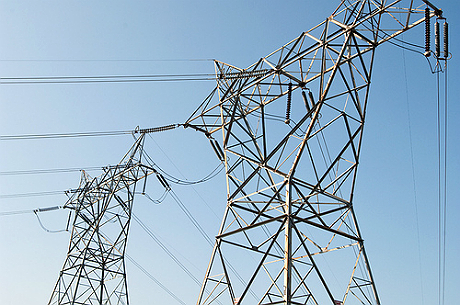 As more coal plants face retirement, the Midwest’s main grid operator wants to change its planning process to look further into the future.

MISO, which covers the area from Manitoba south to Missouri, has a new requirement that utilities show they have enough power to serve customers for the next 12 months. It relies on a survey to estimate the impacts of EPA regulations beyond one year.

In contrast, the PJM Interconnection, which serves Ohio and parts of Illinois, Michigan and Indiana, has a three-year capacity market that tells it exactly which coal plants will be retired due to EPA regulations and other factors.

Today, MISO will host a “market vision” meeting to discuss changes to its planning structure. Resource adequacy is one of the changes to be discussed over the next six months.

For some stakeholders, adoption of a PJM-style capacity market would be beneficial since the current Midwest power surplus may turn into a shortage if too many older coal plants retire and are not replaced by other forms of generation.

On June 1, MISO implemented its new one-year reserve margin requirement (i.e., how much extra power must be available to serve customers beyond their demands) which replaced a previous monthly requirement.

That discrepancy highlights concerns that the MISO auction may be underestimating future capacity constraints.

Supporters say the move to a longer-term outlook could have another benefit: expanding renewable energy.

Beth Soholt of Wind of the Wires says a long term capacity market in MISO would better project the value of adding more renewables and demand response resources (getting large energy users to cut back during times of peak demand) to the grid. She noted that demand response is useful for shaping the load, and right now that price signal is not being sent.

John Moore of the Natural Resources Defense Council’s Sustainable FERC Project said the environmental sector at MISO (whom he represents) supports the new MISO initiative — perhaps even going 5 to 10 years out.

Wind on the Wires and the NRDC are members of RE-AMP, which also publishes Midwest Energy News.

Merchant generators – who sell power to the grid over the open market – also support a capacity market in MISO.

“A well-designed forward capacity market benefits each and every market constituency from utilities to consumers to independent generators,” said Dynegy President and CEO Bob Flexon. “It does this by providing long-term signals about the future electric supply-demand balance. An ideal market design would align with the utilities and MISO’s planning horizons – typically five years.”

State regulators say it is too soon

However, state regulators in the MISO footprint (most of who regulate generation construction and allow those costs to be recovered from ratepayers) question the discussion.

The Organization of MISO States (OMS) believes it is too soon to start another debate on the issue, given the new one-year requirement is just taking effect. They also say the excess capacity in the region does not signal a problem.

“The current resource adequacy processes in MISO are not broken,” the organization said in a letter to MISO [PDF]. “In fact, MISO’s assessments point out that the region is on target for future planning periods. In the MISO region there has not been failure on the part of states or the regulated utilities to ensure resource adequacy.”

In response to the letter, a MISO spokesperson told Midwest Energy News that the grid operator fully respects the commissions’ jurisdiction over resource adequacy in the states, as well as the regulatory authority associated with generation planning, permitting and construction.

The results of PJM’s most recent capacity auction, however, reflect concerns that MISO’s outlook may be too short.

Capacity auctions are a way to ensure there is enough generation available to meet peak demand in states such as Illinois, which have no regulatory authority over generation planning. Generators are paid to keep this capacity available, in addition to whatever revenue they receive for actually providing power to the grid.

Andy Ott, PJM’s Senior Vice President of Markets, said the results showed the trend of an ongoing shift from coal to gas, with 10,000 MW of coal-fired power plants being retired as well as 2,200 MW of oil-fired peaking power plants being taken offline.

Also, the PJM capacity auction procured 12,408 MW of demand response and 1,117 MW of energy efficiency, about 21 percent more than last year. Both are treated as equivalent to generation resources at PJM to meet capacity needs.

But any changes are unlikely to happen this year. The now-defunct monthly requirement was the result of five years of stakeholder debate, and the current one-year outlook emerged as a compromise after two years of discussions which started with a proposal for a 3-5 year capacity model.