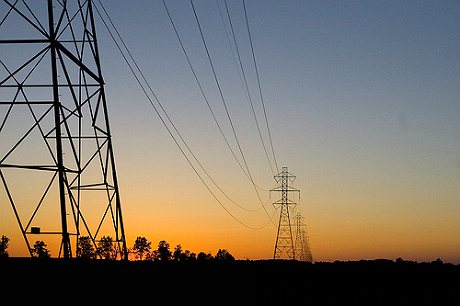 Results of a recent capacity auction show northern Ohio consumers will save millions of dollars in coming years, thanks to the state’s energy efficiency requirements.

However, those benefits could be jeopardized if FirstEnergy succeeds in efforts to weaken the law.

An Ohio administrative order in March required FirstEnergy to bid roughly five times as much energy efficiency into this year’s PJM Interconnection capacity auction as it would otherwise have done.

That additional amount was about 160 MW, said FirstEnergy spokesman Doug Colafella. The utility plans to achieve that amount—plus more—before the 2016-2017 period covered by the latest auction.

Those savings represent about 82 percent of PJM’s net gain in energy efficiency in the latest auction. PJM procured a total of 1,117 MW of energy efficiency, which was 21 percent more than it bought in last year’s auction.

The Commission’s order was a victory for the Office of the Ohio Consumers’ Council and environmental groups, including the Sierra Club, Ohio Environmental Council, Environmental Law and Policy Center, and Natural Resources Defense Council. As parties to the PUCO litigation, they pressed for FirstEnergy to bid in all of its planned energy efficiency. The utilities didn’t want to offer anything that was not already achieved.

“We got 75 percent of the loaf,” says policy advisor Wilson Gonzalez at the Office of the Ohio Consumers’ Counsel. “We thought overall that was a positive step.”

PJM manages the electric grid for Ohio, along with much of the Northeast and parts of Indiana, Illinois and Michigan. Its auction each spring makes sure enough electricity will be available for the region’s projected peak needs three years in the future.

Auction prices pay electricity providers for their commitments, including for energy efficiency and demand response, which are treated the same as actual generation.

“It’s like an insurance policy to ensure that resource will be there if needed three years down the road,” explains Colafella.

Dan Sawmiller of the Sierra Club’s Beyond Coal Campaign says because the auction acquires capacity for three years in the future, it’s especially important for FirstEnergy and other utilities to bid in both planned and achieved energy efficiency. Otherwise, PJM could overestimate the area’s electric capacity needs. Then companies might build new power plants that aren’t necessary.

“Everybody benefits by avoided costs for new generation,” says Sawmiller.

Capacity prices determine roughly 10 to 15 percent of customers’ electric bills. The generation portion of the bill—about half of the total—includes capacity, as well as the energy prices for electricity when it’s actually produced.

“We don’t know what energy prices will be, but we do know what the capacity portion is at this point,” says Colafella.

Energy efficiency will help there too, as “a hedge against any fuel,” says Gonzalez. Natural gas prices are currently low, but that won’t necessarily continue.

“Natural gas has always been volatile,” he says. “It will probably continue to be volatile.”

Customers already pay for energy efficiency programs as part of their electric bills. But every dollar spent on those programs saves consumers anywhere from $1.70 to more than $4, says Gonzalez.

Selling energy efficiency through the PJM auction will recoup some of those costs by bringing in millions of dollars from PJM to FirstEnergy.

Customers already pay for programs, and administrative expenses are “minimal.” As a result, utilities can offer energy efficiency for near-zero amounts.

Consequently, energy efficiency generally clears the auction before other resources. Then PJM doesn’t need to pay for the most expensive types of electric power.

Customers save even more if they take part in utilities’ energy programs. Nonetheless, downward pressure on capacity prices helps all customers, whether they take part in efficiency programs or not, says Sawmiller. “That stretches across the entire PJM footprint and saves huge amounts of money.”

Up, and then down

FirstEnergy’s northern Ohio customers will see their capacity price jump to $357 per MW from June 2015 to May 2016. Retirements of coal-fired plants and “inherent transmission restrictions” explain why that was the highest price in PJM’s region in last year’s auction, said PJM’s Vice President of Marketing, Andrew Ott.

“We had very high prices last year,” admits Colafella. Various upgrades, including a new 90-mile transmission line, “are going to address those constraints and make it easier for additional power capacity to come into this region.”

“What you saw in this auction was fairly vibrant competition between all the resource types,” says Ott. The market showed a shift away from coal towards more natural gas generation, along with more imports into the region.

While increased competition and energy efficiency bids benefit consumers’ bottom line, that’s not necessarily true for utilities. FirstEnergy’s stock price climbed throughout most of April to just over $46. It fell during early May and then fell again after PJM announced the auction results.

Colafella cautions that FirstEnergy’s energy efficiency bids aren’t risk-free. “In order for that capacity resource to be there three years from now, our customers have to participate in those programs.”

Achieving the promised energy efficiency under the approved plan is “all but guaranteed,” says Sawmiller. “The bid they made is based on their best analysis as to what the level of participation is expected to be, which was a very detailed analysis.”

Nonetheless, a proposed budget amendment from State Sen. Bill Seitz could let FirstEnergy seek amendments to its companies’ energy efficiency plan. For that to happen, the legislature would have to change the state’s energy efficiency and renewable portfolio standards before January 1.

Seitz started that ball rolling back in March. Senate Bill 58 calls on the legislature “to review and possibly modify” the standards. In hearings on that bill in April, FirstEnergy’s vice president and general counsel Leila Vespoli urged the Senate to roll back the energy efficiency standards.

If the Ohio General Assembly were to give FirstEnergy what it wants, Seitz’s proposed budget amendment could let the company try to reopen the energy efficiency plan that the PUCO already approved. Requested modifications might not produce as much energy efficiency. Another risk is that they might not satisfy PJM’s capacity auction requirements.

“We’re not terribly concerned at this point until we see what that actual legislation would be,” says Martin Berkowitz, at the Office of the Ohio Consumers’ Counsel.

In any case, FirstEnergy now has a contractual duty to provide the energy efficiency it bid into the PJM auction. “Otherwise, we’re going to have to pay penalties or make up those megawatt hours somewhere else,” says Colafella.

“Selling these energy efficiency credits into this auction has created new revenue for customers,” says Sawmiller. “Energy efficiency was already saving them more money than it was costing them. It’s just a lopsided swing for consumers.”

Kathiann M. Kowalski is a freelance journalist based in Ohio who writes often on science and policy issues. The author lives in the area served by FirstEnergy’s Ohio utilities.