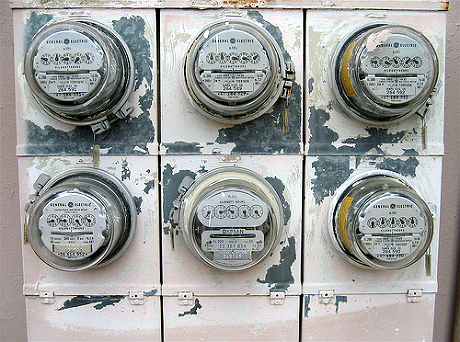 As long as their earnings are rooted in how much electricity or natural gas they sell, utilities are unlikely to warmly embrace the goal of energy efficiency.

And in many states, according to a recently-published study, ratemaking regulations still reflect a horse-and-buggy world in which the goal was to expand electrical and gas service – and sales – as quickly and broadly as possible.

“Now we want to encourage completely different things, but the rate structures have remained the same,” said Inara Scott, whose assessment [PDF] of the impediments to energy efficiency is in the current issue of Environmental Law. Scott is an assistant professor in the College of Business at Oregon State University.

“We reward utilities for making big investments,” Scott said. “If you give them a choice, a utility has to make the choice to make more money.” And in most states, energy efficiency is not a moneymaker.

While renewable energy sources at this point are supported in at least some states by laws, regulations and tax credits, efficiency enjoys few of those benefits, according to Scott. In 2009, for example, renewables received 76 percent of all energy tax incentives, while energy efficiency snagged only 3 percent of them.

Many states with renewable portfolio standards require that a certain proportion of power come from renewables, even when they are more costly than fossil-fuel alternatives, according to Scott. Conversely, states that require efficiency generally specify that requirements apply only to efficiency measures that are “cost effective.”

Scott contends that efficiency should be treated more like renewable energy, and proposes four remedies:

Currently, according to Scott’s analysis, revenues have been decoupled from energy sales in 15 states for electricity, and in 16 states for natural gas.

One approach is to base only a small portion of a monthly bill on actual energy used, and to keep much of a customer’s bill constant month to month. Although this might foster an efficiency mindset on the part of the utility, some have raised concerns about whether it might discourage efficiency among utility customers.

Scott concedes that such tactics “may add complexity to utility rate structures.” However, she contends in her study that “they are essential to eliminating environmentally nonsensical ratemaking models that reward utilities for higher sales and penalize them for efficiency.”

Utilities need further encouragement in the form of incentives, Scott believes. Utility regulators should establish efficiency goals for utilities, then reward companies that meet or exceed them.

“Performance incentives on their own have been shown to be sufficient to encourage utility participation, where financial rewards for implementing energy efficiency are equal to or greater than supply-side investments,” Scott wrote. “As of 2011, 18 states had some sort of incentive mechanism in place to provide a benefit to the utility from efficiency programming.”

Michigan and Missouri are among states that have both decoupled their rates from sales and instituted incentives for utilities for efficiency. In both states, “It seems to be working very well,” said Rebecca Stanfield, senior energy advocate for the Natural Resources Defense Council (NRDC).

Although a believer in incentives, Scott said they pose challenges.

Not only how much they didn’t use, but whether the savings were due to a flagging economy, a closed business – or a customer who purchased a new air-conditioner because of a bonus offered by the local utility.

Assessing how much efficiency incentives have actually reduced energy use can indeed be daunting, said the NRDC’s Stanfield. But she claims that regulators can jump through the hoops for a brief time and then extrapolate those results.

“In most states that start with a burdensome evaluation process, they get 99 percent of the benefit by doing it in a much more streamlined way.”

Stanfield, who believes that Scott’s proposed remedies are “exactly what needs to be done,” sees small movements in the right direction in her work with utilities and regulators.

Missouri is in “the very first phase” of getting efficiency programs on the ground, she said. And she is hopeful that Michigan Gov. Rick Snyder, who has voiced support for energy efficiency, will deliver on that in the next year or two.

Although the Midwest is still “not capturing anything close to the potential for efficiency,” Stanfield is hopeful that a “great leap forward” may be in the offing.