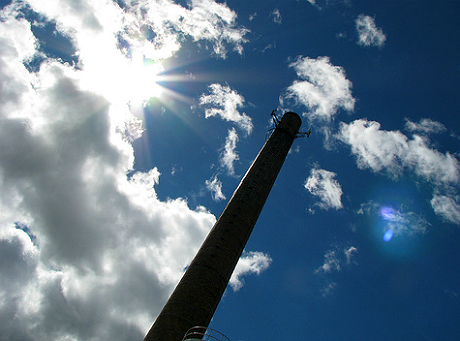 By Jean Chemnick and Elana Schor

After three years of playing defense, beating back GOP bids to blunt U.S. EPA’s authority over carbon emissions, environmentalists are ready to up their offensive game in support of the climate action strategy President Obama will lay out today.

The new campaign, called the Climate Action Coalition (CAC), will have no easy task ensuring that greenhouse gas rules for new and existing power plants can survive industry and Republican opposition. But the environmental strategists behind it say they have learned numerous lessons from the collapse of cap-and-trade legislation a few years ago.

Details of the campaign are few and far between, in part because its member groups want to ensure that the coordinated effort doesn’t upstage their individual work — or Obama’s message — as they prepare to wage political warfare over the power plant rules with Capitol Hill Republicans who are already sharpening their knives.

But partners including the National Wildlife Federation, Environment America, the Natural Resources Defense Council, the Center for American Progress, the Sierra Club, the League of Conservation Voters and others are using CAC — as it is called informally — to avoid duplicating efforts as the environmental community mobilizes to defend the existing power plant rule, which could reduce emissions from a sector that contributes 40 percent of the United States’ greenhouse gases.

“It’s really just a way for us to do a better job of coordinating our efforts and strategy than what we’ve done in the past,” said Pete Altman, climate and clean air campaign director at NRDC.

Joshua Saks, legislative director for the National Wildlife Federation, said the coalition is “a place where we can coordinate together and share resources and leverage our various strengths. Through a coordinated campaign, we can divvy up our roles and responsibilities.”

The exact structure of the campaign is shadowy — members were reluctant to discuss how many staff are devoted to it, what its budget is or where its funding comes from. The campaign itself declined to comment for this story.

But interviews with staff from its member organizations sketch an outline of a team of 30 or fewer staff, many of whom are dividing their time between the coordinated campaign and their day jobs at the organizations.

Some of the campaign’s staff is housed in Washington, D.C., at the I Street Northwest headquarters of the Partnership Project, a coalition of nonprofits that work on a variety of issues. Some work remotely from other offices or telecommute from as far away as California. Two sources tagged political strategist George Rakis as the group’s campaign manager, but he could not be reached to confirm that. It is apparent, however, that some of the people involved with CAC have nuts-and-bolts political campaign experience and have not just done environmental work.

League of Conservation Voters (LCV) President Gene Karpinski said in an interview last week with E&E Daily that CAC is poised to play a critical role in selling the president’s climate plan. But it will work under the radar as “a sharp, smart, strategic, coordinated entity … both inside and, even more importantly, outside the Beltway,” he said.

“We’re not trying to create a brand-new organization, a brand-new brand,” Karpinski said. He added that the 20 member groups of the Partnership Project also plan to lend support to pro-EPA organizations in advocating for Obama’s climate change agenda.

CAC is the new name for the Clean Air Defense Campaign — a coordinated effort by many of the same groups that came together in late 2010, after Republicans won control of Congress and it was clear that efforts to pass a comprehensive carbon bill would have to be shelved.

The focus shifted to EPA, said Altman, which had yet to act on a slate of air quality regulations for hazardous emissions, smog, soot and carbon. The GOP-controlled House spent the last Congress launching many-pronged attacks against new EPA rules that environmentalists devoted resources to defending.

“So we wanted to do a more effective job, and we decided we needed to do more to coordinate effectively with each other,” Altman said.

CADC, now CAC, became “a vehicle that helps groups make sure they’re communicating with each other and coordinating.”

The campaign shifted its focus to greenhouse gas rules for new and existing power plants after many of the other items on its to-do list had been accomplished — or, in the case of the smog rule, were killed by the White House. The campaign’s name was changed to reflect its new purpose.

“I think it is fair to interpret it as a shift to a more offensive movement that’s designed to work with the president to do these things, instead of playing defense,” Saks said.

The campaign’s function is to allow activists at all levels of the organization to better communicate with each other, participants say. Lobbyists talk to lobbyists. Field organizers talk to field organizers. Two groups don’t show up at the same Capitol Hill office at the same time without knowing it.

“Pushing action on climate is a priority of most of the environmental groups right now,” said Nathan Wilcox, Environment America’s federal global warming director. So the role of the campaign is to “make sure we’re not stepping on each other’s toes.”

Individual groups still have their own missions. The National Wildlife Federation is reaching out to sportsmen. Environment America is focusing outside the Beltway on earned media and outreach to members through phone and email. NRDC appealed to the White House with a campaign featuring Robert Redford.

But Daniel Weiss of the liberal Center for American Progress said the coordinated campaign could claim some credit for the 3.2 million comments EPA received last year in support of its proposal for new power plants, which environmentalists hope to see become final in the very near future.

“A primary function of coalitions is to coordinate outside-the-Beltway advocacy activities, including grass-roots mobilization and earned media,” he said. But he added that coordinated campaigns of this kind are nothing new.

“Since the dawn of the modern environmental movement, organizations frequently worked together in formal or informal coalitions,” he said. “Today, there are organizations working together to oppose the Keystone XL pipeline, promote conservation provisions in the farm bill and other similar efforts. The National Clean Air Coalition was a formal organization that helped lead the successful efforts to pass the Clean Air Act of 1990.”

The campaign’s logistical home, the Partnership Project, was formed in 1999 to coordinate activities among major U.S. environmental groups under an online aegis known as Save Our Environment. The group’s website lists former Wilderness Society President Bill Meadows as its board chairman, with “seats” occupied by representatives of 20 green organizations.

Its most recent publicly available tax return, filed for 2010, the Partnership Project touts a 435,000-member “e-activist list” that is employed by “the entire environmental community to educate the public about threats to the environment,” crediting it with “337,655 emails and faxes to decision-makers and corporate targets.”

Internal Revenue Service records show that the project, like several of its member groups, maintains a separate action fund registered under a portion of the tax code that permits more lobbying and the collection of unlimited donations in the wake of the Supreme Court’s Citizens United decision on political spending.

The project’s action fund “helps the environmental community work more collaboratively to defend environmental safeguards from efforts to weaken them,” according to its 2010 tax return.

Both arms of the Partnership Project reported a drop in revenues in 2010 relative to 2009, when environmental enthusiasm for newly elected Obama had reached a peak as the House passed its comprehensive climate bill. The project took in $8.3 million in 2010, a drop of nearly $4 million, while its action fund saw total contributions and grants fall from $18.8 million in 2009 to $5.3 million in 2010.

While CAC has devoted its energies to the EPA carbon rules, many of the same organizations are working overtime to urge Obama to reject the Keystone XL oil pipeline, a project they say would pump particularly dirty fossil fuels into the world’s economy and eventually its atmosphere.

The decision over the pipeline will ultimately rest with Obama, who is avoiding offering an opinion on it while the State Department finishes its assessment of the project’s effects. But the president is widely expected to approve Keystone XL later this year, and some political observers have suggested that his announcement on climate might be scheduled to stem environmentalists’ fury.

Organizing for Action (OFA), the nonprofit group formed after Obama’s re-election to rally his supporters on an array of issues, began escalating its involvement in climate change last month with an online targeting of Republican “climate deniers” in Congress (E&E Daily, June 10). Yet OFA drew fire from some greens by declining to take a position on Keystone XL, which would run between Canada and the Gulf Coast, and the rejection of which rivals EPA emissions rules as environmentalists’ top priority for the president.

Former White House green jobs adviser Van Jones, who appeared alongside Karpinski at an anti-XL event last month, warned Obama not to wager that a public endorsement of EPA regulations would make up for approving the pipeline: “You can’t say, ‘Look at this one good thing I’m doing — please ignore the bad stuff.'”

Karpinski described LCV’s relationship with OFA as solid, noting that he had attended a recent meeting of the group in Chicago. “I’m confident OFA would be with us” after the still-ongoing XL review culminates in an Obama decision, he said.

The pipeline is the present battle that hangs over the campaign, but the past clash over comprehensive climate change legislation also looms large as EPA’s green cavalry prepares its charge. Asked how the failure of 2009’s cap-and-trade bill from Reps. Henry Waxman (D-Calif.) and Ed Markey (D-Mass.) factors into the groups’ efforts, Karpinski described it as good preparation.

Waxman-Markey was “the fight of the moment,” he said, and “we lost. We’ve learned a lot of lessons.”

Saks of NWF said Organizing for Action’s ambivalent stance on Keystone XL seemed to be driving a wedge between its members, and between OFA and the environmental community.

“There is definitely concern in the community that they have been reticent to address the Keystone issue,” he said.

Environmentalists are as united in opposing Keystone XL as they are in supporting tough power plant emissions standards, he said. And while most are not singling OFA out for criticism, a few are — including 350.org’s founder Bill McKibben who has publicly urged OFA’s members to leave it.

“As far as I can see, this issue is the one where there’s disharmony. I don’t see a big split within OFA about immigration or gun policy,” Saks said. “But on this one, I do.”

Editor’s note: The NRDC, NWF and Sierra Club are members of RE-AMP, which also publishes Midwest Energy News. RE-AMP has no affiliation with E&E Publishing.